The fourth season of Warzone has begun! There are numerous new features in this season of Call of Duty Warzone, including the new Verdansk Resurgence Mini-game mode and the super-fast Dirt Bike, which are just a couple of examples. Besides that, there are numerous new weaponry, a time-limited event, and three new operators to explore. Later on in Warzone Season 4, we’ll even get to play the game’s first objective-based battle royale game mode, which will be a first for the franchise.

With so many new features and additions to the game, this Warzone Season 4 guide will prove to be really useful. Check out all of the new content, which includes everything from the Ground Fall event to the Season 4 Battle Pass.

Ground Fall, a new limited-time event, marks the beginning of Warzone Season 4. Your mission is to locate and secure the remains of crashed satellites scattered over the territory of Verdansk; these are known as SAT-links. However, even though the satellite positions are not visible on the map, they are large enough to be noticed when playing. 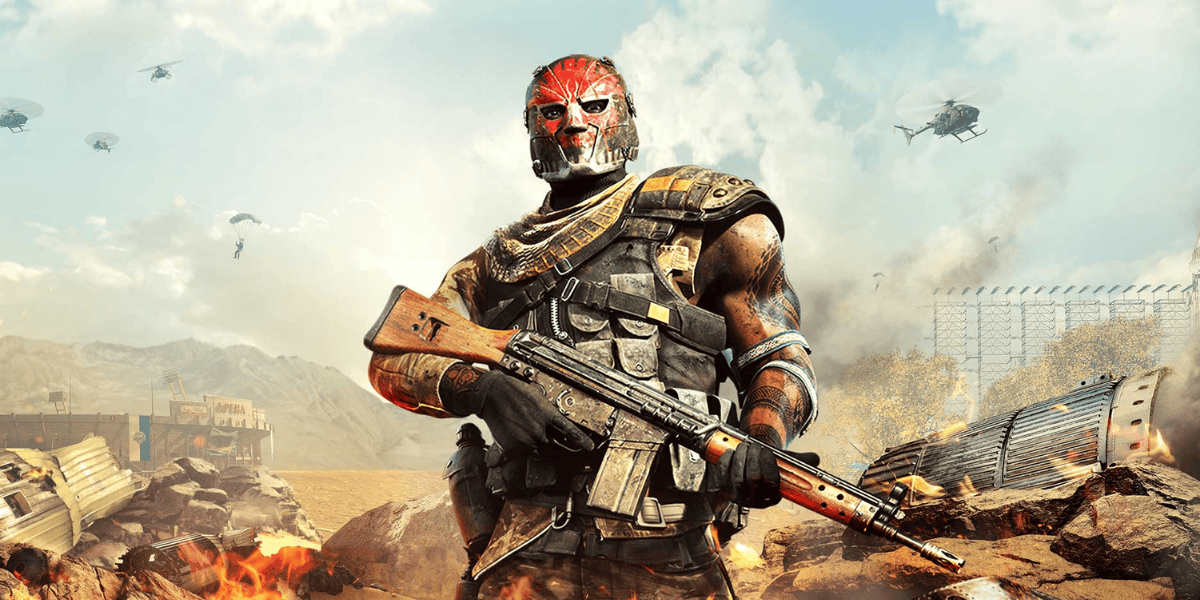 Any interaction you have with the satellite (securing Uplink Stations, collecting rewards, etc.) will count towards your Ground Fall event progress as long as you do so within a certain time frame. Open Warzone and navigate to the Ground Fall event tab to view a list of all the objectives and rewards available.

If you like smaller maps with extreme clarity on enemy positions and without a gulag, the Verdansk Resurgence Mini game mode is for you. This new Warzone Season 4 game mode has no more than 44 or 45 operators in one lobby. You can expect more action right from the start and a shorter game duration. Although Verdansk Resurgence Mini is quite intense, the large amount of high quality loot will offer more protection for you and your squad.

Another new Warzone Season 4 game mode will become available mid-Season 4. In this game mode, called Payload, forty operators will be tasked with either escorting or sabotaging two vehicle caravans. This will be the very first objective-based game mode in Warzone!

New Operators for Warzone Season 4 Have Been announced:

Season 4 features the introduction of three new operators. Purchase the Warzone Season 4 Battle Pass, and you’ll be able to unlock all of the items in the store. These are the new operators we’ve hired:

The Warsaw Pact is represented by the Jackal. By purchasing the Call of Duty Warzone Season 4 Battle Pass, you will be able to unlock this disguised mercenary leader. He is available at Tier 0, but his iridescent suit with a shimmering sheen is only available at Tier 100.

Weaver: The North Atlantic Treaty Organization. Get this one-eyed CIA officer by purchasing one of the Season 4 Store Bundle options.

New Weapons Have Been Added to Warzone Season 4

During Warzone Season 4, a total of five new weapons will be available to you. The complete list of weapons is as follows:

LMG. MG 82: LMG. A fully automatic light machine gun with a rapid rate of fire that can be used for sniping. The MG 82 may be obtained at Battle Pass tier 15.

C58: Assault Rifle (or assault rifle). In close range, the fire rate is slower, but the damage is higher. It can only be obtained by purchasing the Season 4 Battle Pass and progressing to tier 31.

Special/SMG nail gun is used. The pace of fire is slow, but the amount of damage is considerable. There are two ways to obtain it: either by purchasing it as a blueprint from an upcoming Season 4 Store Bundle or by completing an in-game challenge during the current Warzone season.

SMG is the ninth OT. The OTs 9 has a small magazine capacity, yet it fires at a very fast pace. It may be obtained through a Season 4 Store Bundle or as a reward for completing an in-game challenge.

Mace is a melee weapon. When it comes to melee weapons, Warzone doesn’t forget about them: a well-aimed blow with this mace will rapidly dispatch your adversaries. Available as part of a Season 4 Store Bundle or as a reward for completing in-game challenges.

In Verdansk, the new Dirt Bike vehicle can be found all across town, ready to jump over cars and race down ravines at breakneck speed. The Dirt Bike will be the quickest vehicle in Warzone, and it will also be one of the most manoeuvrable vehicles available to players. You can wow your squad by pulling off incredible tricks, or you can just use the Dirt Bike to flee from your pursuers on the battlefield. The Dirt Bike has good wheel traction and may also slide or drift in certain conditions. As for its long-term durability… Well, don’t hold your breath for anything in that regard.

A new season heralds the arrival of a new Battle Pass. Warzone Season 4 Battle Pass includes a slew of vibrant weapon skins, artistic calling cards, and edgy stickers to spice up your gameplay. The iridescent Jackal skin or the Forgotten Oasis assault rifle skin will most likely be the most sought-after prizes for many gamers (both unlocked at Battle Pass tier 100).

You may purchase the Call of Duty Warzone Season 4 Battle Pass for 1.000 Call of Duty Points (CP) (Call of Duty Points). For 2.400 CP, you can instantly upgrade to tier 20, which is the highest possible level of achievement. You can also give Battle Passes to your friends as part of a new feature introduced in the game. If you wish to use this feature, you must first enable two-factor authentication on your computer.

What is the Net Worth of Christian Richard, Husband of Christine Quinn?