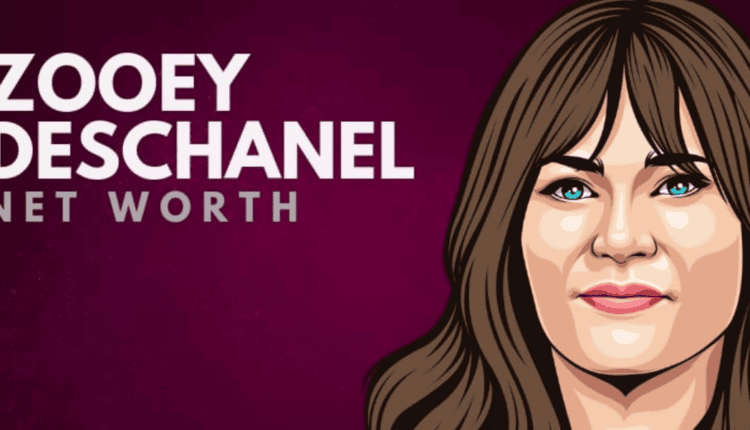 Zooey Claire Deschanel came into the world on January 17, 1980, in the city of Los Angeles, in the state of California. Both of her parents were in the entertainment industry; her mother, Mary Jo Deschanel (née Weir), was an actress, while her father, Caleb Deschanel, is a well-known director and cinematographer.

Emily Deschanel, also an actress and better known for her leading role in the Fox series “Bones,” is her elder sister. She also works in the entertainment industry. When Zooey Deschanel was a child, her family made their home in Los Angeles; but, due to Zooey’s father’s line of work, which frequently required him to make films in other locations, the Deschanel family moved quite a bit. 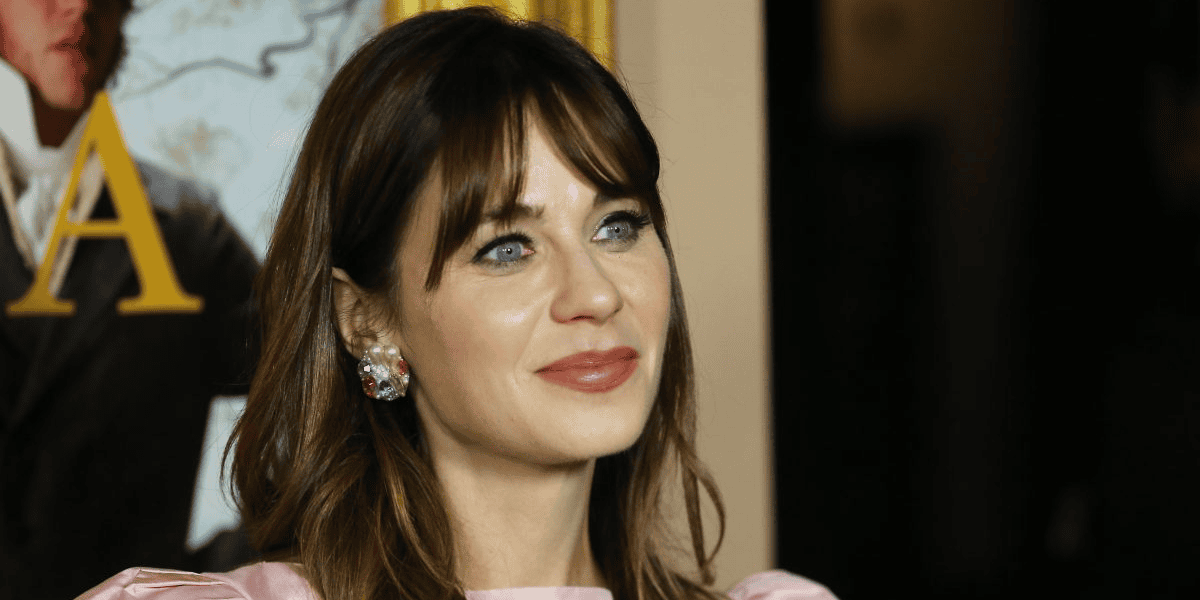 She had her early education in Santa Monica at the exclusive private preparatory school known as Crossroads, where she was classmates with future Hollywood stars Jake Gyllenhaal and Kate Hudson. She completed her schooling at Northwestern University in Chicago, but she left after just nine months in order to focus entirely on her acting profession.

In 1999, Deschanel made her acting debut in the comedy picture “Mumford,” which was directed by Lawrence Kasdan. The next year, in 2000, she had a co-starring role in the film “Almost Famous,” which was ultimately honoured with the Golden Globe Award for Best Film – Musical or Comedy. The year 2002 was a very busy one for her.

She had roles in “Big Trouble,” “The New Guy,” “The Good Girl,” and “Abandon,” all of which were full-length motion pictures. After making its debut at the Sundance Film Festival, the indie drama “All the Real Girls” (2003), in which she had her first main part, went on to become a critical and commercial hit in the art house community.

She also had a role opposite Will Ferrell in the 2003 holiday comedy “Elf,” which was released that year. It was a huge success, raking in a total of $220,4 million in revenue throughout the globe on just a budget of $33 million.

“Yes Man” earned a total of US$224.1 million at box offices throughout the world, while “500 Days of Summer” earned over US$60 million on a budget of just $7.5 million, respectively. During this time period, she also had guest appearances on a number of other television programmes, including “Bones,” “Frasier,” “Cracking Up,” “American Dad!”, “Weeds,” and “Tin Man,” among others.

After then, she had a starring role on the Fox comedy series “New Girl” from 2011 till 2018. She played the role of Jessica “Jess” Day, a vivacious and eccentric instructor, across all seven seasons of the programme. In due time, she was promoted to the role of producer on the show. Deschanel has been nominated for an Emmy Award and three Golden Globes for her performance as New Girl’s Jess on the television show “New Girl.”

In the comedy “Our Idiot Brother,” which was released in 2011, Deschanel played the role of the sister of the character played by Paul Rudd. During the same year, she had an appearance in the stoner comedy “Your Highness,” co-starring alongside Danny McBride and James Franco. 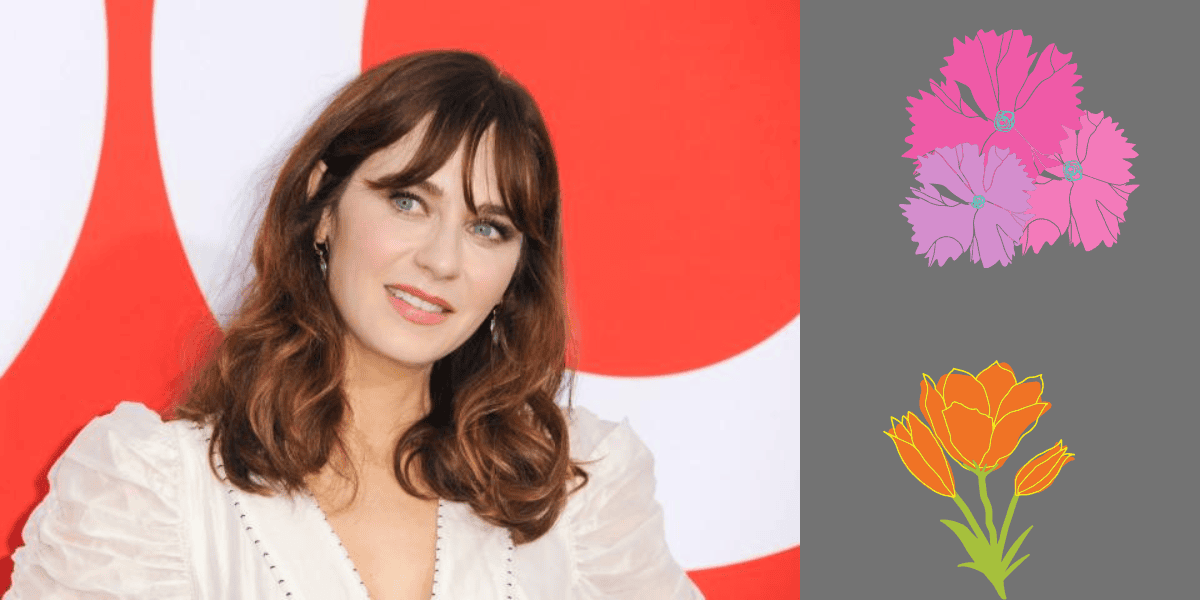 The film “Your Highness” was a commercial failure and was met with mostly poor reviews from critics. Her film “Rock the Kasbah,” which she released in 2015, did not do much better. Despite having a budget of $15 million, it only managed to bring in $3 million at the box office in North America.

How much money did Zooey Deschanel make for each episode of New Girl that she appeared in? $125,000. Through her work in a variety of television shows, movies, and commercials, Zooey earned more than $9 million in 2012.

In 2001, Zooey Deschanel collaborated with actress Samantha Shelton to produce the jazz cabaret performance “If All the Stars Were Pretty Babies,” which they then took on the road and played all around the Los Angeles area. The year 2007 marked the beginning of her musical collaboration with M. Ward under the moniker “She & Him.”

In March of 2008, Merge Records published the band’s debut studio album under their collective moniker, “Volume One.” The reception to the album was generally fairly excellent; in fact, Paste Magazine chose it as the best album of 2008 to feature on their cover. Their third studio album, “Volume 3,” was published in May 2013, and their fourth studio album, “Christmas Party,” was released in 2016.

Their second album, “Volume Two,” was released in March 2010, and was followed by “A Very She & Him Christmas” in September 2011. Additionally, Deschanel has provided vocals for a variety of other projects, some of which include M. Ward’s solo album titled “A Wasteland Companion” (2012), Tired Pony’s album titled “The Place We Ran From” (2010), and the Buddy Holly tribute album titled “Listen to Me: Buddy Holly” (2011).

Over the course of her career, Zooey has made guest appearances in a variety of advertisements for companies including Pantene, Macy’s, and Apple. Her Apple commercials, in which she recommended using Siri, were roundly criticised and made fun of by many people.

Between the years 2009 and 2012, Deschanel was married to Ben Gibbard, the frontman for the bands Death Cab for Cutie and The Postal Service. At the time of their divorce in 2012, her total assets were valued at $3.5 million, as stated in a document filed with the court. Her assets at the time comprised $700,000 worth of real estate, $1.6 million in cash, and $1.7 million worth of stocks. Her cash holdings alone were worth $1.6 million. At that time, she had a total of $22,500 in monthly costs.

Jacob Pechenik, a film producer, was Deschanel’s husband from 2015 to June 2020; the couple had previously announced their intention to divorce in September 2019. They are the parents of two children as a couple. Following the public announcement of her divorce from Pechenik, Deschanel started a relationship with “Property Brothers” actor Jonathan Scott.

In the vicinity of 2015, Zooey and Jacob purchased a property in Manhattan Beach, California, for the price of $4.6 million. When they finally decided to part ways in 2019, they sold the house for $4.7 million, which, taking into account the renovations they had made to the home over the course of their relationship, was most certainly a financial loss for them.

That was not the only property in Manhattan Beach that Zooey and Jacob purchased together. In the vicinity of 2017, they purchased a separate property in the neighbourhood for the price of $5.6 million. In November of 2019, they placed an ad in the newspaper advertising the sale of his property for $6 million.