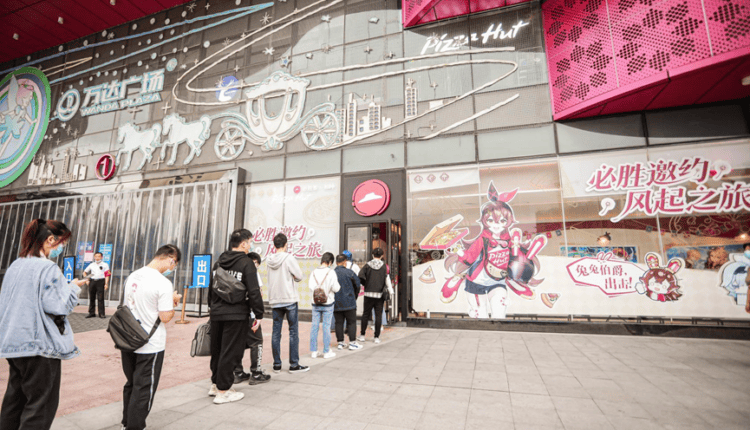 The COVID pandemic continued to impact Yum China’s operations and results in the third quarter. Despite the challenging environment, the company grew system sales in the quarter by 5% year-over-year and outpaced the 2% national restaurant industry average for the period. Along with sales recovery, the company also posted impressive margins. Yum China’s restaurant margin surged 6.6pp year-over-year to 18.8%, the highest since 2018. Positive margin drivers include higher productivity, sales leveraging and temporary relief.

One of the positive takeaways from the company’s third quarter earnings is the sequential recovery and relatively strong performance of Pizza Hut. Pizza Hut’s transformation in recent years was reflected in broad based improvements in the third quarter, with same-store sales growing 2% year-over-year and same-store traffic growing by 2%. Meanwhile, in the third quarter, Pizza Hut delivered solid restaurant margin of 13.4% and recorded $49 million operating profit, which is more than double of the same period last year.

Yum China has resumed its strong pace of store openings with 621 net new stores year-to-date. Pizza Hut also continued its fast pace of expansion in the third quarter. Pizza Hut’s 95 net new builds was the highest quarter since Pizza Hut’s revitalization plan commenced a few years ago, while Pizza Hut’s store payback of 3 years also offers reason for optimism. It is worth noting, that over 50% of Pizza Hut’s new store openings this year are either smaller or satellite stores, which are especially suitable for lower tier cities.

Pizza Hut has made significant progress in strengthening its business fundamentals and building a more resilient business model. For example, Pizza Hut’s off-premise business has become much stronger in recent years, now contributing 50% of sales, up from 30% before the pandemic. Additionally, leveraging Yum China’s digital capabilities to streamline restaurant efficiency, Pizza Hut’s table-side mobile ordering sales have grown exponentially from just 2% at its launch in 2018 to 45% in the third quarter. This is helping Pizza Hut mitigate rising wage inflation and frees up crew members to enhance customer service.

Looking to the future, there are over 1,000 Chinese cities that Pizza Hut has not yet entered. The white space opportunity for Pizza Hut remains significant and expansion prospects look promising. This also bodes well for Yum China’s other emerging brands such as Taco Bell and Lavazza, that also have ambitious plans for the China market.

Robert Downey Jr. Sports A New Bald Look As He Attends The 2022

Everything To Know About Rihanna’s Baby Boy So Far: From His Birthday To His Style