Who says games are only for children. Moreover, it has become a full time paying job for millions around the world. We have a 90-year-old grandma who is the oldest gamer in the world. Read ahead to know more.

Gone are those days when people used to ridicule video games as a source of wasting time. Moreover, gaming has become a big sport today. We call it esports gaming. As technology evolves, so do the perceptions of people.

Many around the world have aced their gaming skills on a particle console. Furthermore, they have represented themselves on big international gaming platforms. This developed a fan-base for them. Also, many started to earn from it.

Gaming has no age. All you need is a console and a game of your interest. Rest is upon your skills and will to play it. We see many people streaming games live on Youtube. From teenagers to adults. Moreover, let’s not forget to add the old age as well.

There are grandma’s and grandpa’s who probably have better ‘Yo’ gaming skills than the youngsters out there. Read ahead to know who we are exactly talking about. 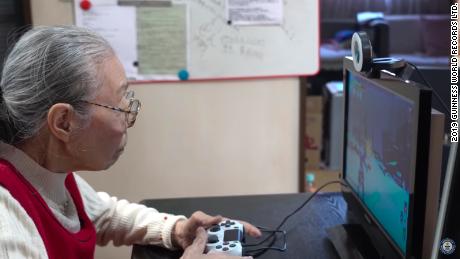 Hamako Mori is a Japanese 90-year-old gamer. Moreover, she is the world’s oldest gamer. She is known as the ‘Gamer Grandma’ to her 250,000 Youtube Subscribers. Hamako started gaming about 39 years ago.

She launched her Youtube channel in 2015. Furthermore, Hamako posts four videos per month. She unboxes new gaming consoles and broadcasts her gameplay live on her Youtube Channel.

Hamako is a Guinness World Record holder for the oldest gamer in the world. The Grand Theft Auto is one of her favorite all-time games. She believes playing video games has always been the right choice for her.

Also Read: Most Watched Games On The Twitch In The Last Years Hamako is addicted to playing Dauntless lately. She said likes the game a lot. Sometimes she ends up playing the video game till 2 AM in the night. Furthermore, Hamako has collected a lot of gaming consoles over the decade.