The Wrong Turn has released many movies in its franchise. All the movies have been going in continuation of each other. But soon the makers began to dig deep.

They went in to realize the origins of the cannibal family. They further moved into finding more about how everything has been going on.

This horror movie is everything that you need to binge-watch. So, stay hooked to find more about how the movie went on and more about it. Further, also find out the timeline in the movie.

The Origins Of The Cannibal Family

As the first three movies went on, it was a story that just went on. But ever since, the focus grew on revisiting old details. It was more about the prequels after this. And this has made the entire story even more interesting.

Now, the antagonists of the first movie, the brothers, are the focus in the 4th movie. Bloody Beginnings is all about an uprising that is brought by these villains. They are cannibals.

And their abilities are due to chemical exposure from a paper plant near their house. So, they became less sensitive to pain, and are way stronger. By undergoing more mutations, they reach another condition.

Interestingly, their intelligence is not affected by this.

The Family Tree Of The Odets

In the next part of the movie, they are focusing on where they left their pieces in the 4th part. So, it is a sequel to Bloody Beginnings. Or a sequel to a prequel, if you may. Bloodlines follow a great amount of killing by the cannibals.

It features Maynard, a serial killer, and his wide, Deliliah. Since she works in a paper plant, one of their sons is deformed. This caused them to isolate. They isolate themselves in the wild.

Then they take to cannibalism to survive in this hostile environment. Maynard sure is a man of a low temper, but he loves his family dearly. He tried very hard to stand up for them.

The Dark Crystal Season 2: Latest Updates, Cast, And Air Date Announced? (Opens in a new browser tab)
Why Thanos Works As A Villain 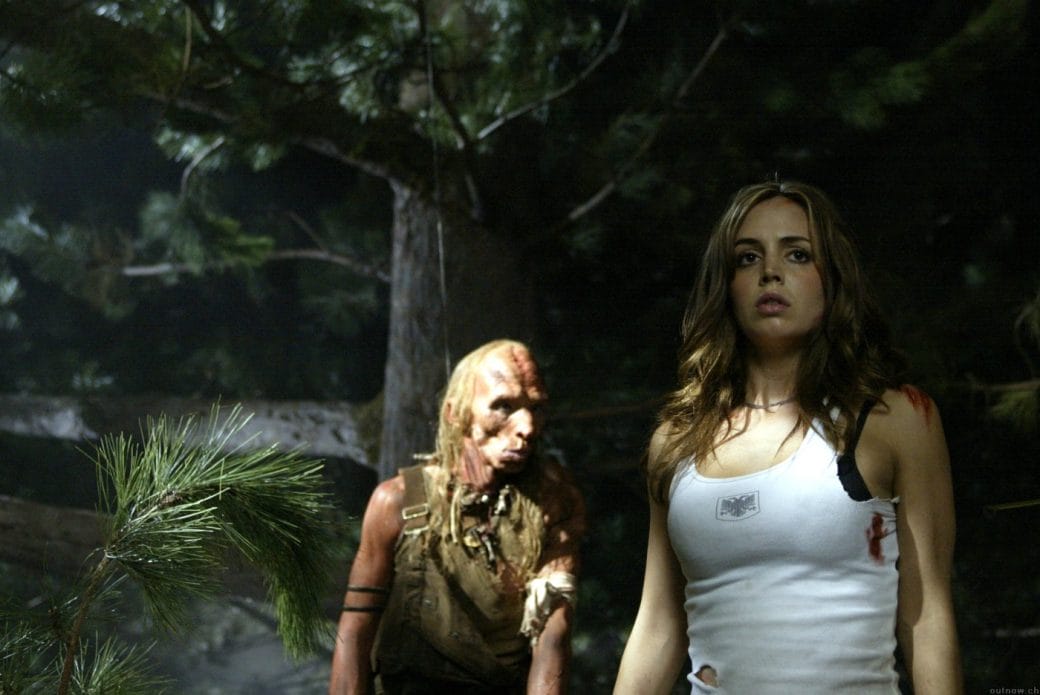 The first movie had focused on only three antagonists. They are brothers. Namely, three-finger, one eye, and sawtooth. As the movie progresses, we can find out more about relationships.

Also, we find out their chronological connections. In the end, all the brothers are killed in a fire. However, there is something different.

The post-credits scene shows that there is one who survived.

In October 2018, Wrong Turn 7 titled Wrong Turn: The Foundation was announced as a reboot to the horror movie franchise. It’ll be the 7th installment in the Wrong Turn movie series. Now, let’s discuss some of the possible plot theories:

Instead of one specific family, the upcoming wrong turn movie will feature a community of cannibals. I’m not saying it’s the one and only hint given by the plot synopsis of the movie. Here’s the complete plot synopsis:

“The unfortunate travelers end up crossing paths with The Foundation, who are described as “a community of people who have lived in the mountains for hundreds of years”

The character names of antagonists from Wrong Turn 7 share a similar name: Deer Skull, Ram Skull & Wolf Skull. At the end of their name, all of them have used Skull. So, it kinds of hints at the hierarchy system in the Foundation group of the upcoming horror movie.

To make a connection with the next wrong turn movie, the reboot may reveal the cannibalistic community to be a century-old society.

A society that has existed as an undetected community. If in this reboot movie, this connection is established properly, it will play a huge role in the future of upcoming Wrong Turn movies.

The first trailer of the upcoming horror reboot was expected to release sometime in August & September 2020. However, because of the current pandemic situation, you must expect some delay. Production of many movies & tv shows has already halted.

Further, it’s one of the reasons why big productions such as Warner Brothers has postponed the theatrical release of their next breakout movie wonder Woman 1984. However, whenever there’s an update on Wrong Turn 7, I’ll let guys let you know via this post. So, stay tuned with us.

It’s been 6 years since the release of Wrong Turn 6. As of now, we don’t have any idea on when the Wrong Turn 7: The Foundation reboot will release.

Hell, we don’t have it’s trailer yet. So, I believe it’s the right time for you. If you still haven’t watched the 1st 6 installments, I think it’s the perfect time for you to watch them. This way you’ll remain in-sync with the upcoming Wrong Turn reboot movie.