Ok, the golden girl is right around the corner. Golden Girl? You don’t know who she is? Well she’s our beloved, kick ass, beautiful super warrior Wonder Woman. This Amazon beauty with a new story and with her one true love Steve is all set to confront the battle in a totally different level.

They will be fighting against not one but two villains and we couldn’t wait but see her release that magical rope of hers tightening around her enemies and  simply belittling them.

It was so surprising to see Steve Trevor played by Chris Pine back from the dead. We don’t know how he got back but we don’t mind how, even if he transported from the past and stuffed back in the future with Diana.

Anyway, despite all the rumors circling around regarding the delay of the movie,it’s production company Warner Brothers has released a new motion picture of the Goddess. And there’s just one that goes with that new get up of Wonder Woman, it’s “amazing “.

She looks jaw dropping beautiful decked up in the golden, glossy costume with a marvelous headgear and with that spear she holds. I mean what a beauty!! She looks breathtaking in that eagle outfit and it really needs to be hung in museums and should be preserved. 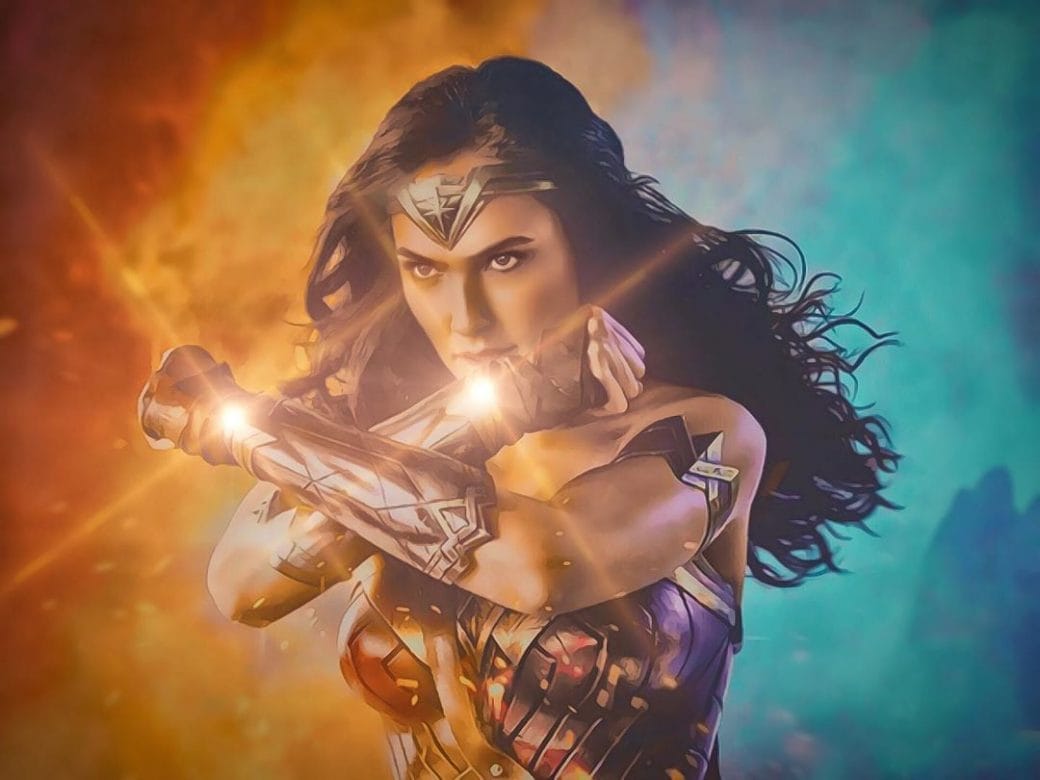 I think the theatres everywhere will definitely use this new poster for publicity. The background looks a bit trippy and if zoomed in it reads “Wonder Woman 84.”

The trailer of the film was released in December last year and it created quite a stir and lots of excitement among her fans. Directed by Patty Jenkins, another woman power the movie is going to release on June 5.

So there you have it, not every movie is indefinitely pushed back! It’s the middle of March right now, which puts Wonder Woman 1984 two and a half months away.

Gal and Chris would be reprising their roles as Diana and Steve. Joining the team will be newcomer Kristen Wiig who will play the role of Diana’s friend and also the villain. There will be Pedro Pascal who will play the other industrialist Maxwell Lord.