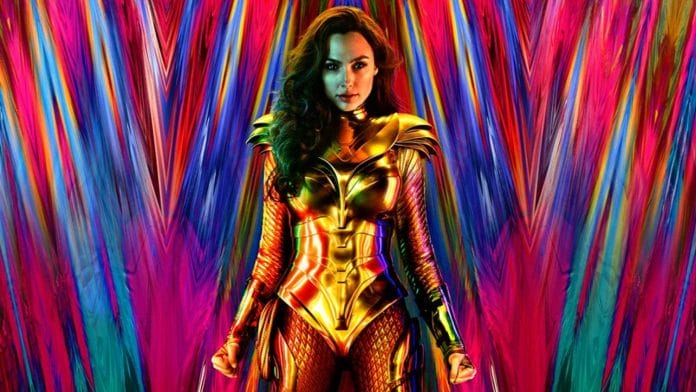 Wonder Woman is an upcoming DC movie based on a DC comic book character. It is a prequel/ sequel movie of the Wonder Woman released in 2017.

The movie is set in the 1984 era as the name suggests. It will not be precisely a sequel movie of Wonder Woman 2017. It’ll be a movie exploring wonder woman’s character and the villains she encounters.

In the trailer, we see Steve Trevor back! All good and alive. We don’t know how he’s back from the dead. His death was shown in the 2017 Wonder Woman. But somehow they brought back the World War l soldier. Well, we all are pleasantly surprised by it and are waiting to discover the reasons and mysteries behind his return.

Wonder Woman in this movie will have to face two main villains Cheetah and Maxwell Lord. In the trailer, we see Maxwell making a statement of “everything you always wanted”. But he’ll give it with a cost. For Diana a.k.a Wonder Woman that’s Steve is that how he’s back? We’ll find out soon!

Wonder Woman 1984 was supposed to hit theatres in November 2019. We could have known the story of Diana and Steve’s return sooner! But the movie got postponed. Producer Charles Roven said that release date in November 2019 makes everything so rushed. They didn’t want to have a rushed post-production schedule for the iconic character Wonder Woman.

Super excited to announce that, thanks to the changing landscape, we are able to put Wonder Woman back to its rightful home. June 5, 2020. Be there or be square!!!

Nevertheless, we do have an official release date now, and it’s not so far away—the movie will launch on June 5 of this year. Hope the reschedule is worth, and Warner Bros comes with a fantastic Wonder Woman film like before.

Some new images from the Wonder Woman set are making rounds on the internet. We see Diana a.k.a Wonder Woman is fighting some bad guys. In the picture, we see her lifting a guy upside down.

ICYMI: We have an exclusive #WonderWoman1984 picture and spoke to director Patty Jenkins about the '80s-set sequel https://t.co/4zam1R371u

The image shows Gal Gadot portraying Wonder Woman in full costume lifting a guy. She’s holding a jeans-clad goon up by his ankles in a shopping mall. We also see her grin at the camera in a playful manner. The scene could be a part of a main fight sequel in the film. Whatever it is we loved it! Wonder Woman full in action, well who wouldn’t like it.

Check out the new character posters from #WW84 – in theaters June 5. pic.twitter.com/O27ARDQHpA