Wonder Woman 1984 is poised to be one of the biggest blockbusters still slated to release this year. Fans worldwide are hyped and incredibly excited to watch the ongoing adventures of Gal Gadot’sDiana Prince.

The first teaser for the film debuted in December last year and highlighted a gorgeous and epic new suit of armor for the future Queen of Themyscira along with it. Now if it so happened that you were specifically in awe of Diana’s Golden Eagle armor, we have more in store for you. You will definitely add Sideshow’s latest statue to your collection of figurines! We were just given a glimpse of the Hot Toys Golden Armor Wonder Woman figure, which fully recreates Diana’s golden suit in an impressive one to one detail. 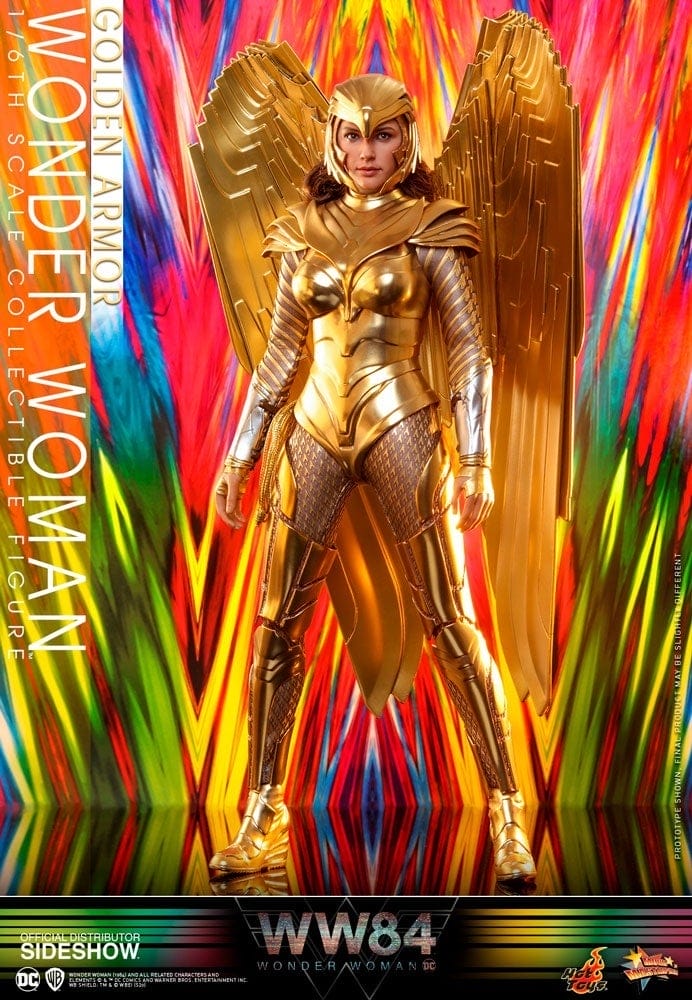 What Comes With The Package?

It further continued, “Crafted with special attention to the authentic details found on the Golden Armor and neutral wings, the outfit is detailed with a gorgeous metallic gold color that paints a subtle metallic shimmer, and gives the figure an amazing design greater texture and visual fidelity.

Skillfully crafted based on the image of Gal Gadot as the Princess of Themyscria in the movie, the film-accurate figure epitomizes a newly developed head sculpt with gorgeous curly dark brown real fabric hair, a customized body tailored for Wonder Woman, a splendid set of armor wings in neutral mode, a shiny helmet, Wonder Woman’s trademark weapon “Lasso of Truth”, and a specially designed dynamic figure stand for display.”

The package also includes a massive set of wings, her golden lasso, and helmet. And there’s more ff that isn’t enough, there’s also a deluxe version of the figure, which includes a second set of wings that are spread in a massive wingspan. As Sideshow specifies, this second set of wings offers a “wider posing range that accentuates flying and stand-by mode, allowing fans to fully recreate the breathtaking aerial scenes.”