Will the Red Death Appears in Flash Season 7?

By TrendingNewsBuzz Team Last updated May 6, 2021

Flast is one of the most successful American tv series across the globe.

The show is base on a DC comic character Barry Allen. The season 6 ending brings a lot of questions for the seventh season of the Flash.

Wait of the fan, and all its questions ended with its premiere on The CW on March 2. It consists of a total of 18 episodes. In season 7, Barry makes every possible effort to stop Eva McCulloch and seeking a way to find his missing wife Iris West-Allen.

Dark Nights always bring some of the extremely good and unique characters into the DC Universe. They come up again, with a new character known as Red Death. Now people show great eagerness to know about Red Death. Social media flooded with the question, Who is red death?

I am here to tell you everything about Red Death. I will assure you, till the end of your article, You will get all your answer. For those who do not like the spoiler, I stopped him from reading further. 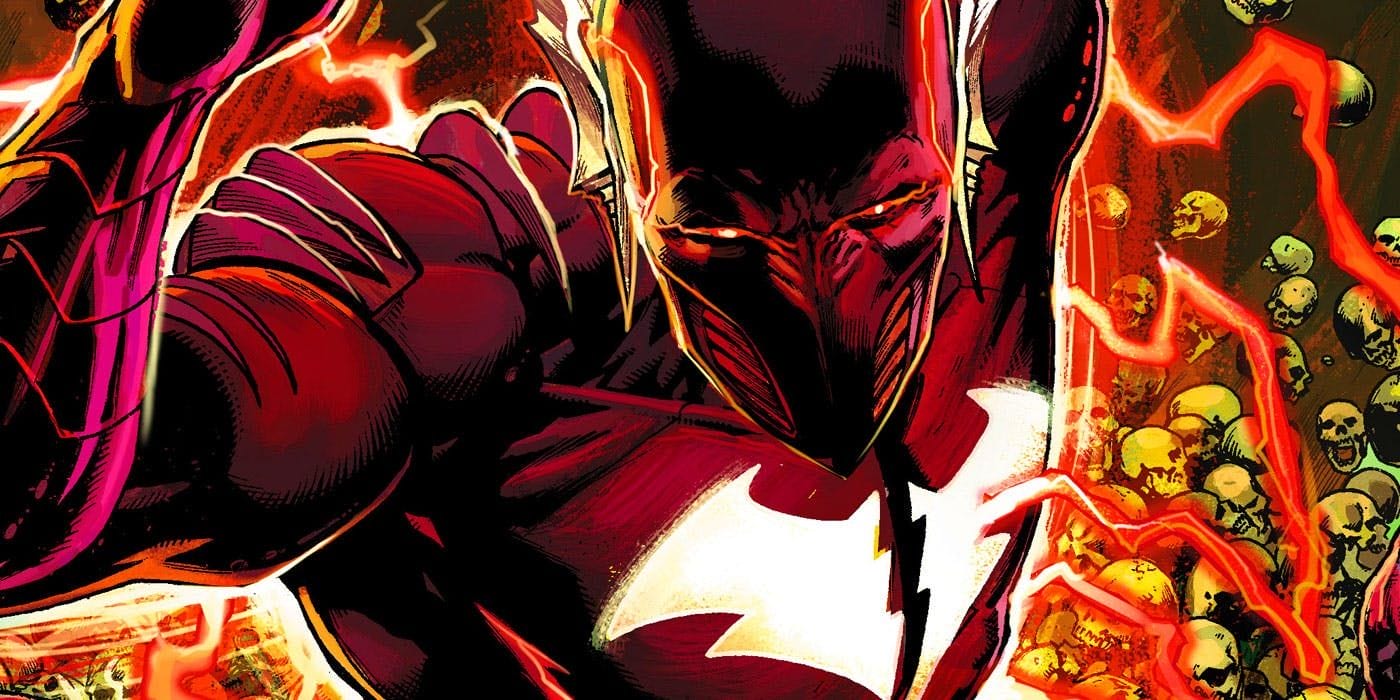 The Plot of the Flash season 7

Flash season 7 centered around how Barry tries to stop Eva McCulloch and seeking a way to find his lost wife Iris West-Allen.

At the beginning of season 7, we see Chester P.Runk made a container for Barry to save 1 percent of his energy. He uses this energy to stop Eva McCulloch but he failed. As soon as Eva McCulloch runs away from that place she went to the Iris, where she manipulates her mind and broke the hope of Iris that she will never come out from the mirror world.

In the second episode

When Barry quickly attains the power of speed thinking, he tries to protect Iris with his supernatural power. Barry is happy as well as excited with his new power, Cisco reluctant have to trust it. When Eva came to know about the power of Barr, She becomes anxious.

In the third episode

you encounter barry crying near Iris and her teammate and their teammate secretly looking at emotional barry, who beg to save his wife. In the later episode, you came to know that Eva becomes more powerful full and barry and her friend is not able to stop her.

Till now, 10 episode releases and seven more to go. I don’t want to spoil your complete interest in watching season 7, by telling the entire story. One thing, I assure you that some twist is unrevealed, You will shock in further episodes. Hint 🙁 A betrayal story and undefeatable power transfer)

Is suggest you watch season 7 from the given link and enjoy. 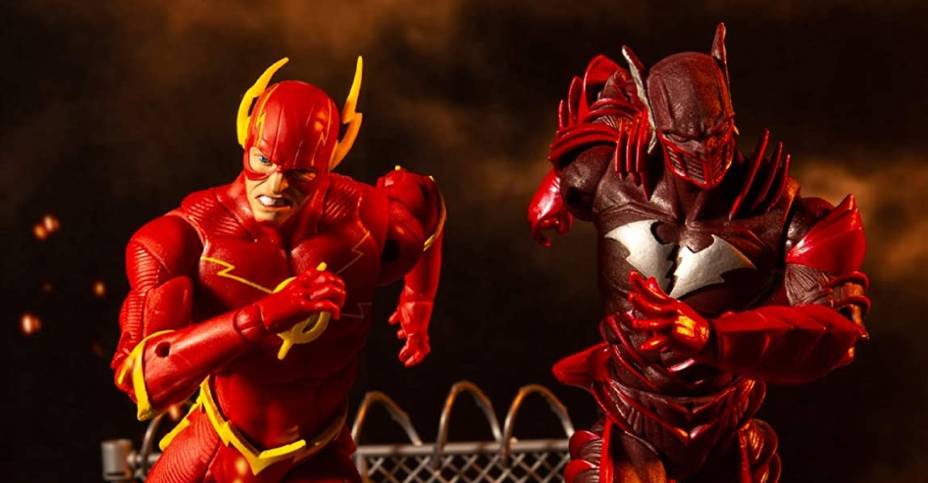 The Cast of The Flash Season 7

The main cast of the show include

The Other Cast of the Show Include:

I personally like the character and the suit of barry. Who is your favorite character? 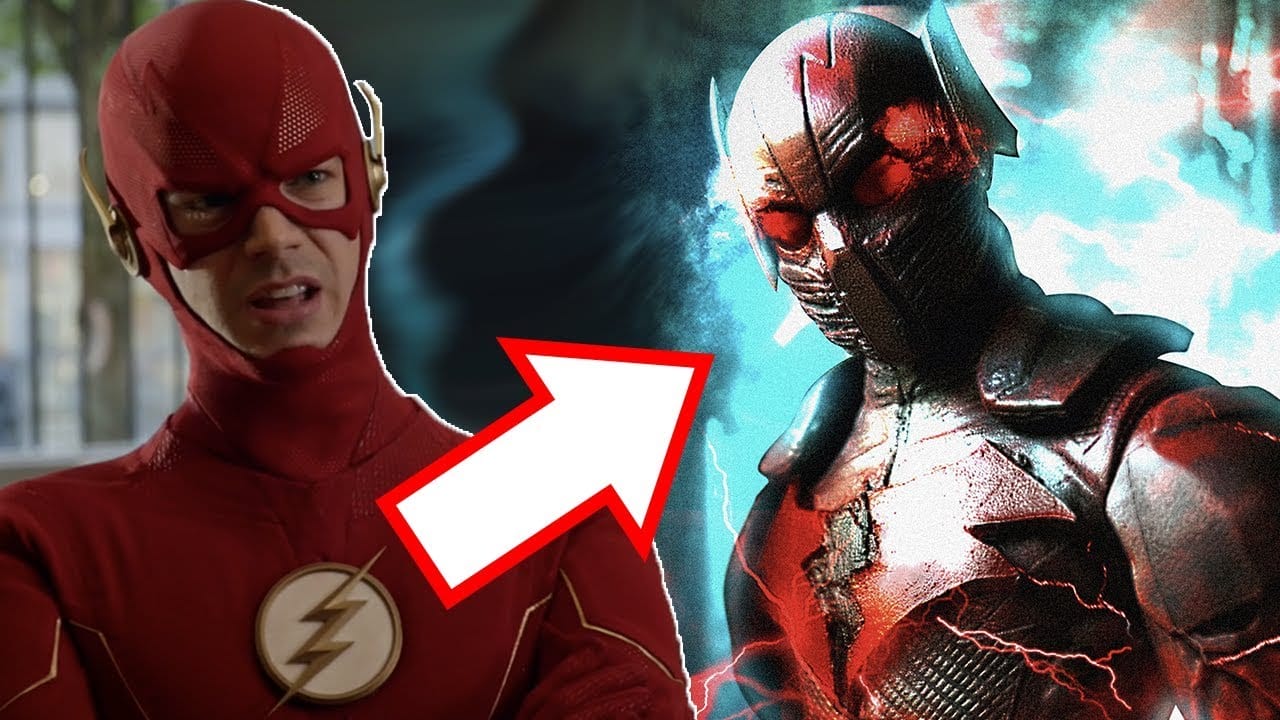 Who Is the Red Death?

Bruce Wayne plays the role of Batman of Earth -52. Batman is known as Red Death in flash. He is fused with power, strength and completely ruined by fear. He is a crime fighter and always fought against the wrong.

Dark Knights, Wich is popularly known for several versions of Bruce Wayne/Batman. All of them resemble a different member of the Justice League and exemplify the fear of Bruce Wayne’s in a peculiar way.

The Red Death is a Batman, with the power of flash( speed force). The fused form of Batman is known as Red death Because of its fatal powers. The power of Red death brings the enormous question, to the viewer’s mind like how to defeat him?

How Did Flash Beat Red Death?

In season six, When flash refuses the battle, then Batman attacks him on the hood of batmobile. The brutal attack on flash helps the batman to fuse their body and absorb the speed power of the flash. After the attack, flash becomes dead and lost his body but his cognizance remains inside the Read death body and In the end, The Dark knight recovers its control and power and defeats the red death.

Is Red Death Faster Than the Flash?

No doubt that red death is faster than the Flash. Read Death( Batman) absorbed the speed force of Flash, and become stronger than Flash. Before absorbing the capabilities, he is a usual batman, but after absorbing the speed of flash, he is an undefeatable combination of DC. This advanced version of Batman is blood lusted.

IMDB Rating of The Flash

Flas is one of the successful series across the world. It scores 7.7 IMDB Rating. In rotten tomato, it scores 8.9.

Where Can Watch the Flash Season 7

you can watch the trailer of season 7 on youtube. You can watch all seasons 7 of flash on amazon prime or CW. If you wish to watch all the season without paying a single buck, so you can download it from torrent, or you can stream online on different streaming sites for English shows.

The science-fiction show has a crazed worldwide. Season 7 starts from where it left, and till now it does not disappoint the fans. The storyline, character, and sound effects of the series are excellent. I suggest you watch the series, you will not disappoint with that.

As a fan, I am desperately waiting for the next episode and inquisitive to know what happens next? Are you feel the same?

When Will the Historical Fantasy Drama Luna Nera Season 2 Arrive on Screen?