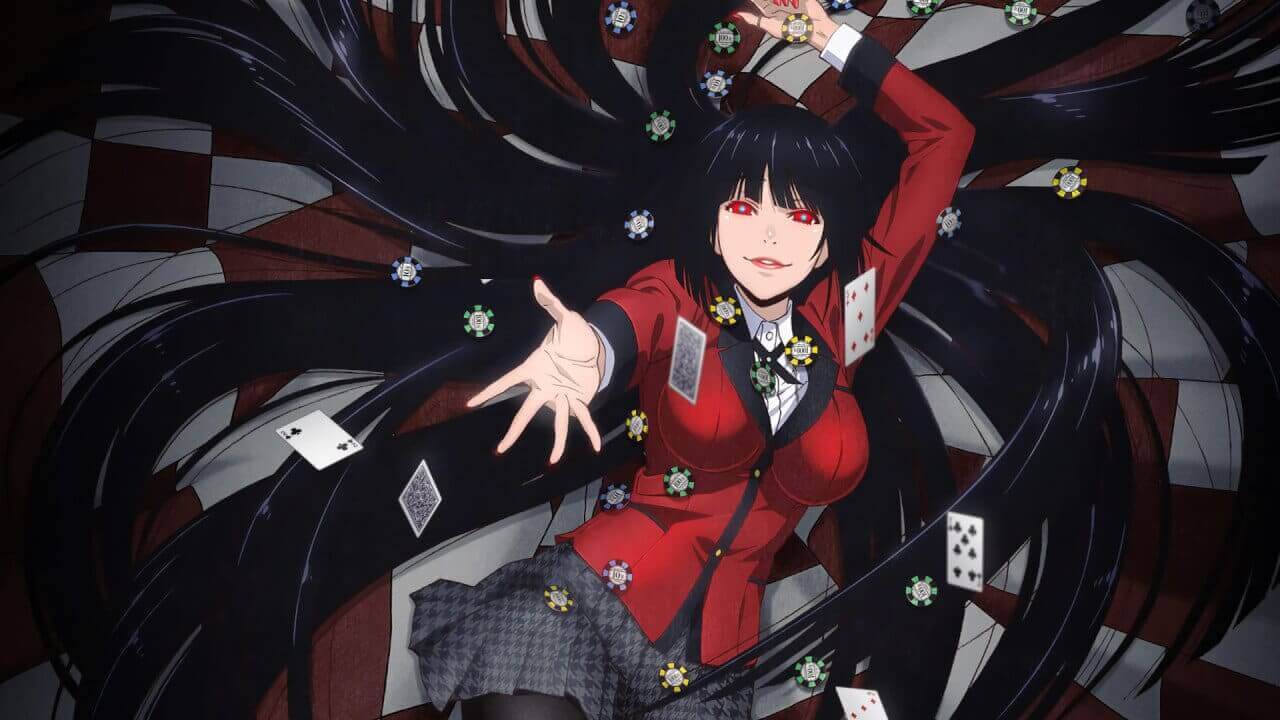 Why you should watch Kakegurui

There are a lot of anime appearing at the moment. It’s even the case that Western companies are throwing their hats into the ring – not necessarily with the creation of anime, but with the funding for new series. A great example of this would be Netflix, which has funded and helped to create a number of new anime over the last few years. One thing that has stood out recently though is the change in attitude to some genres of anime.

One such area is gambling anime. With online gambling and online casinos experiencing an explosion of visitors from Japan, gambling anime has become much more popular. A great example of this is Kakegurui. We’ve taken a closer look at the show in order to help you find out if it’s the show for you to watch.

Kakegurui is taken from Manga source material. This isn’t an uncommon occurrence, as most anime tends to come from Manga. The premise of the show is the day-to-day goings-on at a private school. This is an elite school where only the best of the best are allowed to attend. Like most elite schools, there is a pecking order in place. Unlike most elite schools though, it’s not based on the social position of the parents of the students. There’s something a bit different about the pecking order at this school.

The social standing within the school is all based on gambling. Winners are seen as the very top of the tree. Losers are forced to be the slaves for the winners. However, there’s something extra added to the mix to make it even harsher for the losers. Anyone who graduates from the Hyakkaou Private Academy, where the show is set, with debts has to pay for them over the rest of their lives. This certainly adds in some extra drama when compared to other gambling-based anime.

Who do we focus on?

The main focus of the show is a character called Yumeko. She’s the archetypal protagonist at first glance, but we soon realize that she has more than her fair share of flaws that get her into trouble. She definitely has the desire for adventure that we saw in other main characters from anime, with certain similarities to Goku from Dragon Ball being instantly apparent.

Yumeko’s main problem is that she loves gambling. She doesn’t just do it to try to climb her way up the social standings like the other students though. She truly loves the thrill of betting everything she has and the potential for her to lose everything. The rush is something that she can’t resist. However, she does have a little advantage over other students, which helps her on her way.

Yumeko is able to spot when she is being tricked or cheated. This means that if another student is trying to use underhand tactics to relieve her of her winnings, she will be able to sniff it out almost instantly. This helping hand towards success obviously means that she comes to the attention of the students at the top of the chain. This is where the fun really starts.

What are the show’s strong points?

The first, and most obvious, strong point for the show is that it has a strong female character as the protagonist. There aren’t too many of these around at the moment, especially not in anime, which can often treat female characters as eye candy. Yumeko, however, is one of the best players at the school. Her skills help her to be a winner when things look lost.

The animation is also excellent. As a more modern show, it definitely brings the big guns to the table when compared to older shows out there. While it might not be on the same level as some of the very best anime on the market, it’s still able to provide a great-looking show that will grab the attention of viewers from the start.

The attention to detail of the gambling games is also fantastic. It really helps viewers to be immersed in the show. When the students are playing a game, it can often feel like the viewer is right there with them in the middle of it.

What are the show’s weak points?

The main weak points are twofold. First, it hasn’t been able to escape the sexualization of characters. Yumeko loves gambling so much that it’s almost like a fetish. It does take a little bit of the shine off the strong female lead that’s in place. It’s not just that though – with the show being set in a school, it does make things more than a little bit creepy.

The second weak point is that sometimes solutions just seem to appear out of thin air. All can seem lost and then actions that took place off-screen will suddenly fall into place and solve everything. It’s almost as though the writers are trying to fill in plot holes as they go along and are unable to do it on-screen. In order to fix this, they just throw a few quick fixes in place and hope that the viewer won’t notice.

This second weak point certainly takes away from a lot of the good writing and attention to detail that goes into the set-up of the show. While it certainly doesn’t ruin it, it can take away from the enjoyment a little bit – especially as once you notice it, you’re not able to ignore it.

On the whole, Kakegurui isn’t the perfect show. However, it does have more than enough going for it to make it well worth a watch. The visuals are sharp, the storylines are plenty of fun, and the main character is likable. On top of this, she’s also relatable as she is a flawed hero.

Kakegurui certainly doesn’t glamorize gambling, but it does make this one of the most exciting ways to experience it on the small screen.