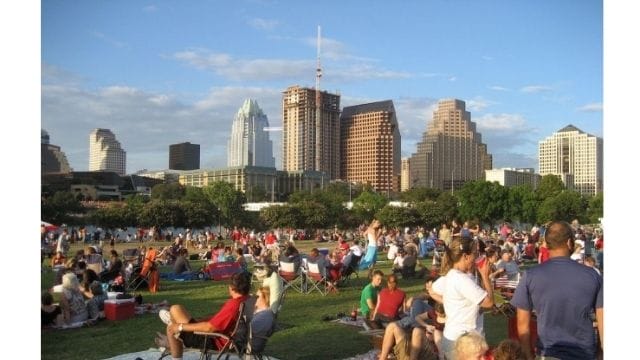 With endless job opportunities, top-notch restaurants, temperate climate, and urban nature, Austin takes a proud stance among world cities when it comes to relocating. So, if you’ve been thinking about moving to a new place, we recommend adding this charming city to your list of options.

In this article, we’ll tell you why you should move to Austin instead of Paris and Rome. So read on!

Recently, Austin rightfully claimed the top position among relocation spots in the world. Doing so, it’s now topping even the world’s most romantic cities, Rome and Paris. Here’s a table that shows the relocation scores for the top five cities globally.

It makes sense when you learn that Austin is the most famous market in Texas since it has thousands of job opportunities with an average salary of $4478. Not only that, but it also ranks high in nearly every aspect, ranging from weather to home costs and monthly wages.

For instance, it ranks third in best internet speed in U.S. cities, at nearly 87.5 Mbps. Regarding weather, it has an average temperature of 68°F. That said, you might get some hot days in the summer, but nothing an air conditioner can’t fix.

Most importantly, the average property price in Austin is about $3291.07 per m2. This number was lower before, but it boomed due to the city’s rising population. Although Austin has a reputation of being expensive, once you move there, you’ll realize this is only a myth.

As for rent, it has the highest prices in Texas, but it’s still more affordable than the national average. So you won’t hear the horrifying prices you’d hear in New York or San Francisco.

Austin is now famous worldwide for being a tech hub since many tech companies are located there, most famously, Dell. Because of that, the metropolitan area in Austin is commonly referred to as “Silicon Hills.” In addition, the entire Texas city has been gaining attention from many international markets, for example, Apple and Tesla.

You don’t need to worry about transportation in Austin. Whether you’re going to work, enjoying a night out, or going sightseeing, you’ll have many transportation methods to choose from. If you don’t own a car, you can use the Capital Metro, MetroRail, or Austin BCycle.

Austin also has an international airport with over 500 flights per day, and it’s a few miles from downtown. So you won’t face a challenge trying to visit your friends and family who are living away.

If you have kids going to school, you’ll love what Austin has to offer. For instance, it has more than 25 public school districts, over 90 private schools, and 27 charter school districts. As for college, it has the University of Texas and 25 other private and public universities.

After mentioning the essentials, we can talk about the luxurious part of living in Austin. For example, the downtown area is your go-to place if you appreciate a night of fine dining and live music. This area might be a bit pricey to live in, but you can find unlimited choices of condos and apartments.

All in all, whether you’re passionate about food, a live music fan, or an outdoor enthusiast, you’ll love moving to Austin. However, you might need some help from Austin, Texas movers. You can also get some moving tips and tricks here. And don’t forget to read all about moving insurance and its importance here.

Moving is a tough decision, but it becomes easier when you have a wonderful place like Austin to relocate to. Austin has superb internet speed, suitable average salaries, plenty of transportation methods, and endless job opportunities. What more can you ask for?

What Are The Major Changes That Will Happen In the Next Decade In Bitcoin?