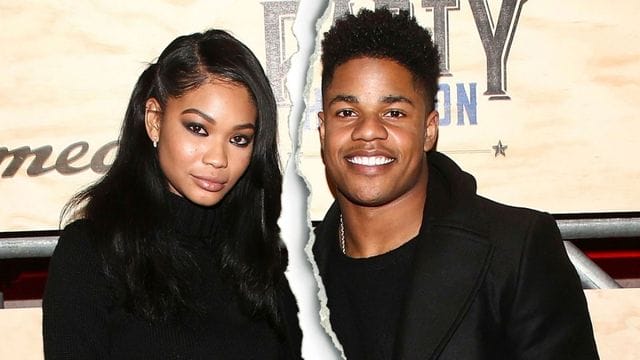 NFL player Sterling Shepard and model Chanel Iman have ended their relationship. In June 2021, the New York Giants athlete requested a divorce, alleging irreconcilable differences. When contacted, a Shepard representative declined to comment, but Iman’s representatives were slow to get back. The former couple exchanged vows at the Beverly Hills Hotel in Los Angeles in March 2018. The guest list for their wedding was A-list, and it included Joan Smalls, Chrissy Teigen, Gabrielle Union, Odell Beckham Jr., and Gabrielle Union.

Iman, 31, and Shepard, 28, have welcomed two daughters since getting married: Cali Clay and Cassie Snow. The former couple will split joint custody of their children, per the divorce papers. Cali was born five months after their wedding. The supermodel announced her second pregnancy on Instagram about a year after Cali was born. Cassie was born to the ex-couple in December 2019. Iman shared a wonderful family photo of herself, Shepard, their newest addition, and Cali cuddled together in a hospital bed on Instagram to announce the birth of her daughter.

Little Cassie not only made her grand entrance into the world but also into social media as her renowned parents set up an Instagram account for her. Cali has a personal Instagram account that she started using in August 2018. The supermodel told in November 2018 that she initially planned to delay having a second kid “I must hold out for at least a year. I want to take my time with Cali, enjoy her, and then, you know. Before his wife responded, Shepard continued, “It wouldn’t be a horrible thing if we had two though. Enjoy this baby.

More: Who is Jon Hamm Dating, Where Did They First Meet and Much More

Shepard, who tore his Achilles tendon in the fourth quarter of the Giants’ game against the Dallas Cowboys in December and was subsequently placed on injured reserve, has had a busy year. Iman, a former Victoria’s Secret Angel, has walked the runways for numerous other designers, including Gucci, Tom Ford, Burberry, and Balenciaga.

Everything We Know About Chanel Iman and Sterling Shepard’s Divorce

Chanel Iman and Sterling Shepard appeared to be enjoying the American dream for five years. Shepard revealed to Haute Living in July 2019 that Victoria’s Secret model and NFL star first connected during former New York Giants wide receiver Victor Cruz’s 30th celebration at the Hunt & Fish Club in November 2016. Iman lighted up the space, Shepard stated, grabbing almost everyone’s attention. ‘No dude, let me go talk to her, I’ll pay you, bro; you talk to her friend,’ I said when [someone else] asked to go talk to her, Shepard recounted. He summoned the nerve to approach Iman. They wound up remaining chatty far beyond the birthday celebration and throughout the after-party. He obtained her phone number, and they soon began dating. 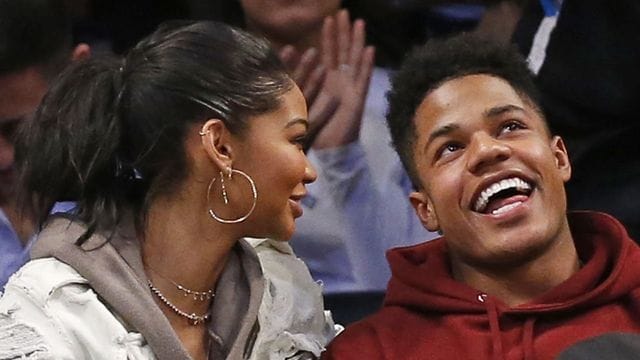 Iman turned 27 on December 1, 2017, the day before Shepard and the New York Giants wide receiver made their engagement announcement, according to Vogue Australia. Just a few months later, on March 3, 2018, the two tied the knot in a celebrity-studded ceremony that included people like Chrissy Teigen and Gabrielle Union, according to a story from Brides.com at the time.

More: Michael Douglas Net Worth: Take A Look How Wealthy This Actor Is

Iman and Shepard had a girl named Cali as their first child in August of that year, demonstrating their readiness to start a family right away, according to Entertainment Tonight. In December 2019, they welcomed Cassie, their second child. The union, however, did not last long. Iman and Shepard are divorcing after three years of marriage and five years together.

Even though the news of the divorce is just now becoming public, People reports that Sterling Shepard and Chanel Iman divorced in June 2021. Shepard cited irreconcilable differences in the documents received by the outlet, and his representative declined to speak further. According to Page Six, the documents also stated that the pair had been having these issues “for at least six months” prior to filing and that there is “no reasonable possibility of reconciliation.” 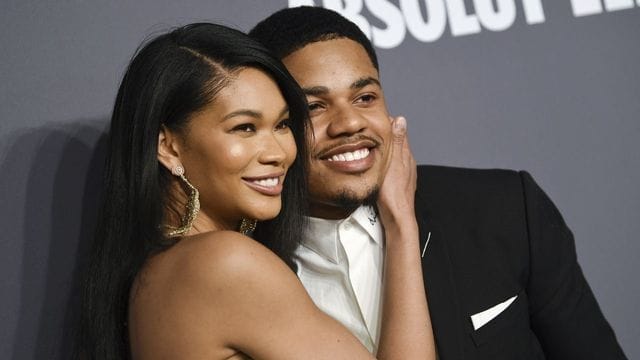 According to the site, Shepard is asking for shared legal custody of Cali and Cassie. According to Us Weekly, the football player and the beauty want to put their daughters first. According to a person who spoke to the magazine, “they are going to try to be courteous and friendly toward each other.” According to TMZ, Iman will continue to live with the girls at their homes during the divorce process. According to the article, Shepard is already in the process of leaving. Iman has been posting pictures of only herself and her girls for the past few months on Instagram, appearing to have removed all references to Shepard from there. Iman posted a joyful photo with Cali and Cassie in her lap on December 25, 2021.

What is the Previous Relationship of Chanel Iman?

From March to September 2008, Chanel Iman was romantically linked to American producer Ryan Leslie for movies and television. She also had a romance with American rapper Tyga from August 2008 to May 2009. In early 2013, Iman and rapper A$AP Rocky started dating. In April 2014, it was announced that they were engaged, but they divorced in June. Iman’s relationship with Lakers basketball star Jordan Clarkson was confirmed officially in August 2015, however, it quickly fell apart.

Does Jeffrey From Netflix Documentary “Monster: The Jeffrey Dahmer Story” Has a Boyfriend?