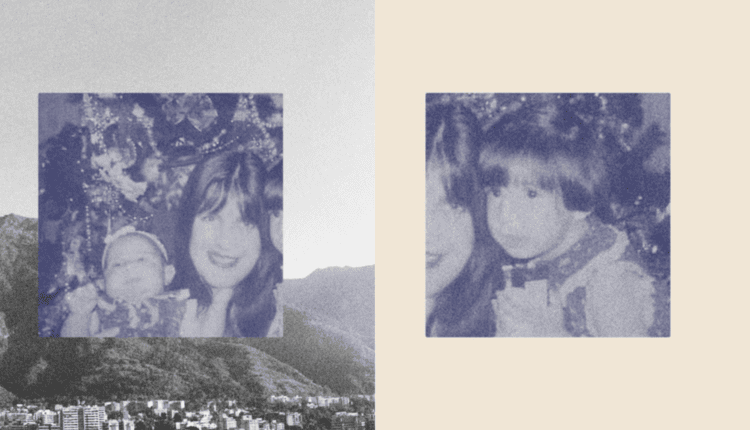 And the reason I'm unable to return.

This article will discuss topics like “Why I Left Venezuela” and Everything you need to know about this. Therefore, if this is something that piques your curiosity, stick with us.

Migration opposes inertia, I tell myself. I fled Venezuela August 28, 2014. Nicolás Maduro had succeeded Hugo Chávez a year earlier. As shop shelves emptied, savvy Venezuelans created WhatsApp groups to share where to locate medicine, toilet paper, and flour. Everyone knew someone who had been kidnapped for a few hours, generally for ransom, due to street violence. (My older sister) As I travelled to a classmate’s memorial ceremony, I understood I had to leave the country. I was not afraid of death because one student died in a protest I attended. It was the belief that these protests would fail.

My parents struggled to pay for my studies overseas, but we agreed it was worth it. Venezuelan life got worse once I left. Time made uprooting simpler. My mailing address changed between the Netherlands, Italy, Uganda, Portugal, and the US. I’ve become unsentimental about leaving cities, friends, books, and everything too hefty to carry on the plane.

Every year around this time, my worldliness pride turns into bitterness. In 2014, I went home for the holidays, but not since. I attend Christmas dinners as a guest every year. My hosts always ask me about Venezuela, regretting my honest response, and then tell me they’re glad I’m there. I will find an empty room, video-call my parents, and cry in the evening. December 24 is just December 24 without my family. I feel orphaned on these nights, not cosmopolitan.

I miss Venezuelan Christmas food. Hallaca (pronounced ah-yah-cah) is a stew-filled corn dough tamale. It’s topped with capers, raisins, and olives and wrapped in plantain leaves, which smell like Christmas.

My first Christmas without hallacas was 2015. Europe was cheaper than flying home. Airlines demanded cash or euros. They refused Venezuelan bolivars, which everyone knew were worthless. I couldn’t blame airlines for a decade-long catastrophe.

Venezuelans exchanged bolivars for dollars in 2003 to cope with inflation, which increased it. Chávez banned currency exchange to halt the loop. If the government monopolized dollar supply and ignored demand, bolivars could not fluctuate. Officially, artificially, the exchange rate was 4.30 for years. However, the black market dollar rose. The state printed so much money that inflation reached 1 million percent. My family had only the savings converted to dollars before the rest was pulverized. They could afford my first months abroad, but not a Christmas flight home.

My housemate invited me to celebrate with his family in a rural German community near the French border during my first year abroad. He promised Christmas markets and ice skating. I considered how much of the season’s iconography—sweaters, mulled wine, fireplaces—presumes chilly weather. Venezuela never freezes. Tropical Christmas. Our dwellings don’t have chimneys, so Santa Claus can’t deliver us presents. Since Venezuelans don’t number roads or buildings, he would also have trouble understanding directions. (“The second house after the mango tree in front of the enormous pothole.”) El Niño Jesús, the son of God, delivers our gifts.

I quickly got over the lovely white Christmas at my friend’s house in Saarland, Germany. Missed my parents.

Venezuelan cooking let me feel at home. As a thank you to my hosts, I made cachapas, our equivalent of pancakes, on Christmas morning. I cook enthusiastically yet poorly. Burned mixture trapped in pans. My acquaintance later told me his mother had to toss those pans away. Self-criticism raged. Why did I never care about being Venezuelan or make Venezuelan food until I was asked to Christmas with a German family?

Flights did not decrease over time. (My journey home for a medical procedure in the summer of 2018 cost over 1,500 euros.) A global pandemic halted price declines. I kept observing Christmas from afar. I didn’t care that the locations I visited had traditional meals like Bologna’s hearty tortellini in broth—I wanted hallacas. I ignored a truth my mother kept reminding me of every Christmas call. She advised me not to be sad or consider travelling back because my childhood feasts were no longer possible. The extended family was mostly abroad. Europeans found hallacas components easier. I missed Christmas in another time, not another place.

My partner sat me down on the couch in fall 2021, after I moved to New York City. He suggested buying you a flight to Venezuela for Christmas to visit your parents. He looked serious but excited. I accepted.

His gift remained underutilized. Thrift and epidemic closures no longer prohibited me from travelling, but a new one did. I couldn’t renew my 2020-expired passport.

A tale that once gave me optimism that Maduro’s dictatorship would end has prevented Venezuelans from using US consular services since 2019. Juan Guaidó suddenly entered Venezuelan politics in January. He was interim president and a legislator. Denmark, Haiti, Japan, and many more nations supported him. Despite Guaidó’s momentum, Maduro continued to govern, and democratic upsurge receded.

The consulate, a derelict Midtown Manhattan townhouse, is evidence of Guaidó’s brief ascension. Maduro closed all Venezuelan embassies in the US when Trump endorsed Guaidó. Retaliating, the U.S. closed its Caracas embassy. Venezuelans in Venezuela cannot receive visas to visit the US, and Venezuelans in the US cannot renew their passports to travel to Venezuela.

My lover felt my Spanish passport could solve this. (My Spanish mother gave me dual citizenship.) Venezuelan passports are required for entry. My Italian boyfriend entered without a visa. I couldn’t.

I often wonder if anyone is paying attention to a situation that affects 500,000 Venezuelans in the US, including me. The Biden administration met Maduro and Guaidó delegations in Mexico City last month to broker a deal for Chevron to extract oil from Venezuela. The spokespeople and press did not discuss reopening diplomatic offices. In an email, a State Department official said the “Travel Advisory Level 4: Do Not Travel to Venezuela” remains in effect and the U.S. Embassy in Caracas will not reopen.

I plan to eat hallacas with my folks next Christmas. Planned. First, I’ll save lots. Second, I’ll renew my passport at the nearest open Venezuelan consulate in Mexico City. I’ll fly to the Dominican Republic for a long layover, but I’ll get home eventually.

I wasted my final Christmas with my folks in 2014. I accepted dinner with my boyfriend and his family, possibly because I thought I owed him for bringing me up from the airport.

I feel guilty every Christmas Eve when I call my folks for my thoughtlessness that night. “I miss you” worries me. In 2014, I asked my father to pick me up after a Christmas dinner after midnight instead of remaining home with him. My plan will make this year distinct. I won’t say “I miss you” or such clichés. “Mom, Dad, I’m returning home next year and spending Christmas in Caracas with you,” I’ll say.

So that is all in this article “Why I Left Venezuela” We hope you learn something. So keep an eye out and stay in touch. Follow us on trendingnewsbuzz.com to find the best and most interesting content from all over the web.