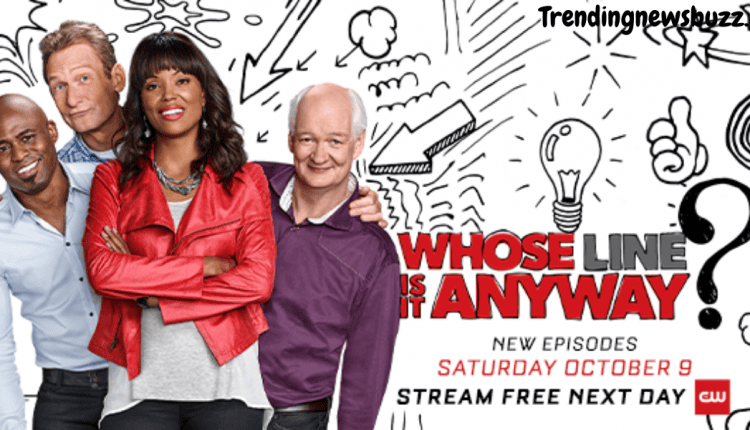 Whose Line Is It Anyway Season 18: Know Everything About This Show!

Whose Line Is It Anyway comedy series is an amazing unscripted and unplanned show on The CW network.

Looking for The CW comedy tv series which is different from other shows as nothing is scripted in the episodes of this series and now the Whose Line is it Anyway comes for season 18. Aisha Tyler is the host of this American Drama Series which came for its new 18th season on October 9, 2021.

The most important and beautiful thing about this drama is that the show or tasks are not planned or rehearsed before the season comes.

The performances are given tasks, games and other things by the audience or by other members to perform at the same time. The show is the adaptation of Whose Line is it Anyway which came from 1998 to 2007 on ABC and that was the British Show.

Now WLIIA is the improvisational comedy started on the CW from 2013 and still running. Before moving and knowing everything about its season 18, the readers should know what is in the series and why the show is important to watch. What is interesting about the series which makes it different from other shows which are reality one or scripted.

Whose Line Is It Anyway Series About 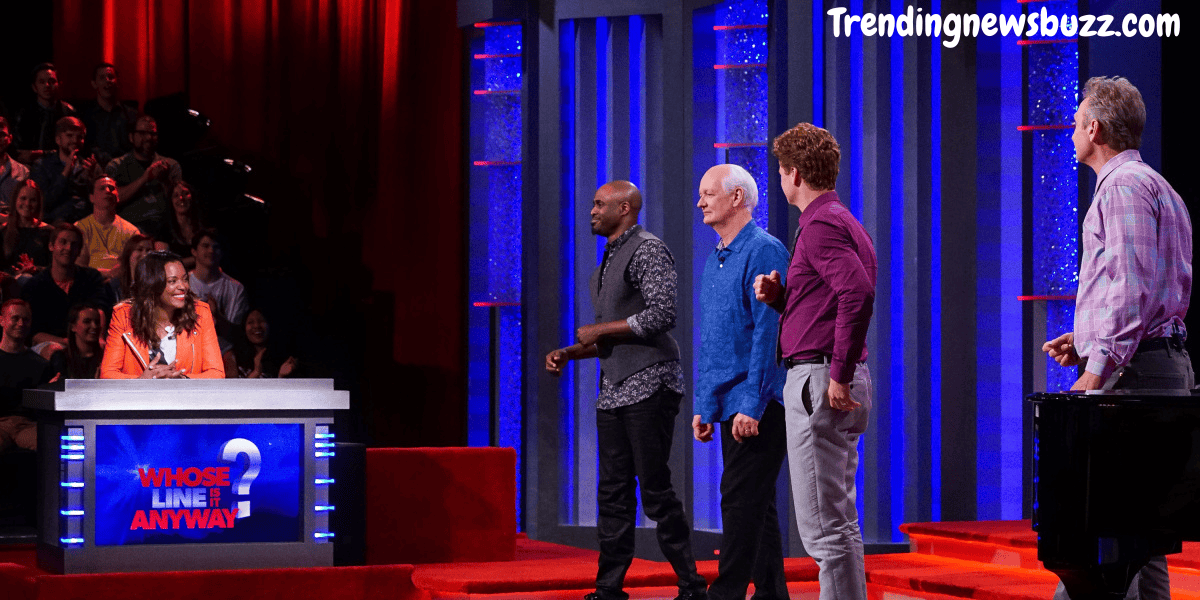 The show is a comedy genre whose running time is 22 minutes and released in English Language in the United States.

Dan Patterson and Mark Leveson are the creators of this series and the show is hosted by Aisha Tyler. Till this time there are 376 episodes in total and Warner Bros. Television Distribution is the Distributor of this series which came on its original Network The CW.

Now What is the Format of the Show or the Game?

In the show a group of 4 people are the performers of the show and their work or task is to create characters, Scenes and games and songs at the same time but in the form of an unplanned manner.

Some topics or words are given to the performers and then points are provided to them according to their spot performance and the winner is declared in each episode. Points are not given so much importance as it is the comedy show and the performers are given a topic by the audience or the topic decided by the host or other members. 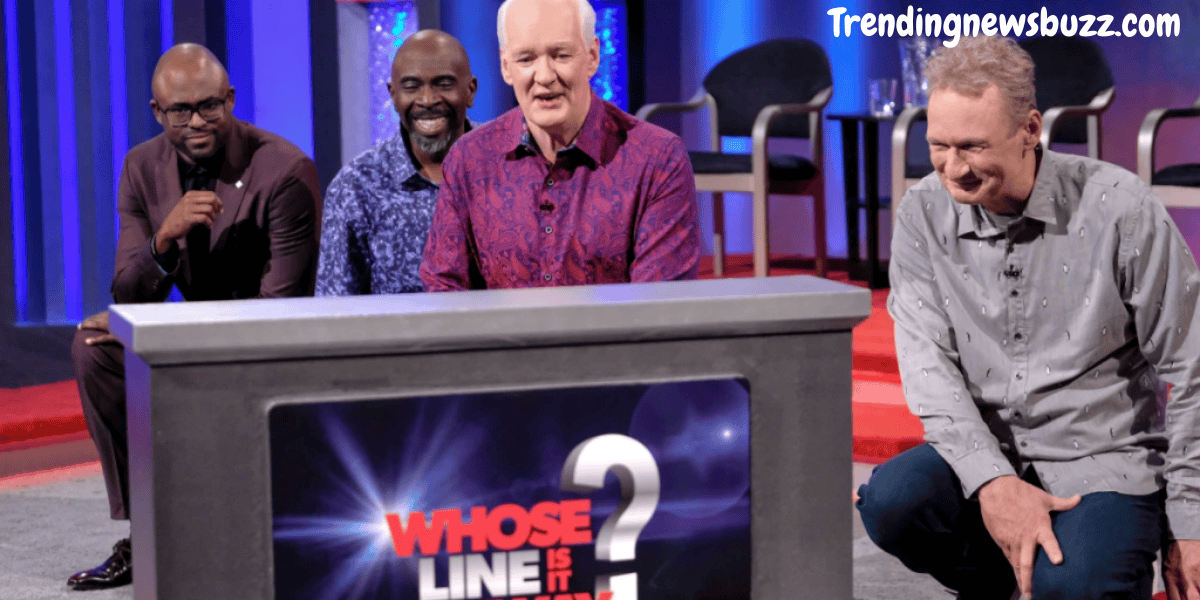 Now it’s upon performers how interesting they can perform in the show to entertain the audience and the viewers. You can say the show is similar to the Khatra Khatra Indian Show in which guests or other performers are given tasks at the same time.

The host in the end of the particular game or play provides the points to the performers and also tells the reason behind this for giving values or points to each of the performers. The show is funny and amazing to watch and we can call it the best show which is unscripted.

Ryan Stiles, Wayne Brady, Colin Mochrie and a guest are the performers in this series and made the audience laugh with their comedy skills by participating in the games or rounds.

These are the Guest members in Season 18 and these are Heather Ann Campbell, Jeff Davis, Keegan-Michael Key, Nyima Funk, Greg Proops, Kevin McHale and Laila Ali.

The main important thing for any show is it ratings and if the ratings are reviews are excellent then there are good chance for the show to run for more years and like this Whose Line Is It Anyway and now its 18th season came. You can take the hint how amazing the series is-

Whose Line Is It Anyway Season 18 New Episode Release Date?

As we all know that season 18 of this series is currently premiering on The CW and the upcoming episode no. is 8 which is titled as Jonathan Mangum and coming on January 8, 2022 in which performers are Wayne Brady, Jonathan Mangum, Colin Mochrie, and Ryan Stiles.

Whose Line Is It Anyway Season 18: Watch 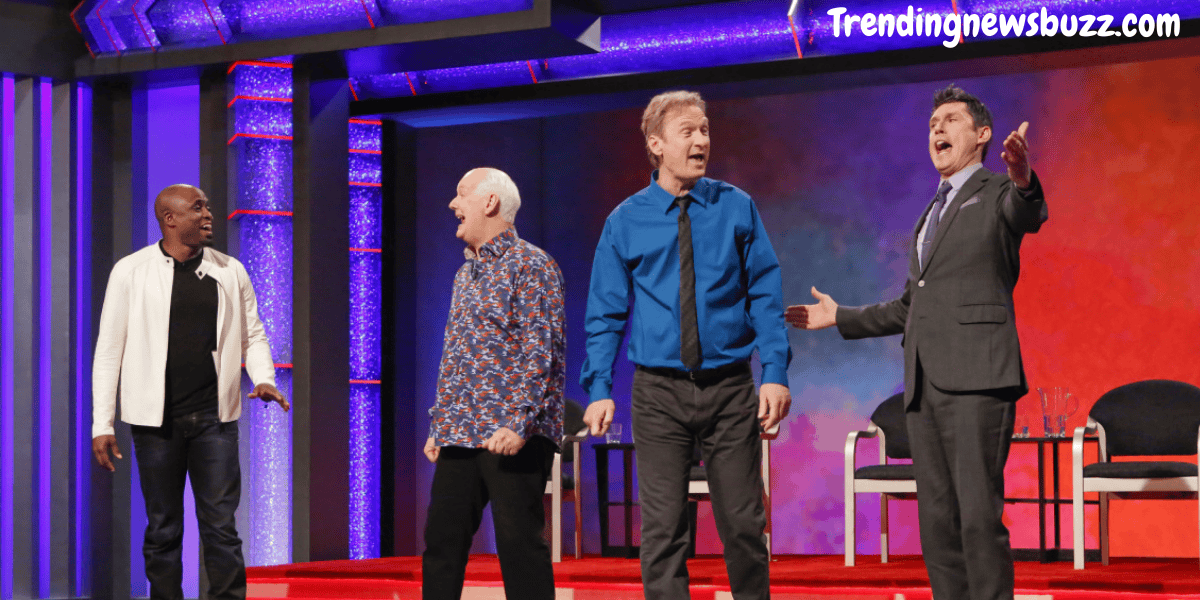 You can stream new seasons of this series on HBO Max, FuboTV and previous seasons on Amazon Prime Video.

Whose Line is It Anyway season 18 is the good season and the complete series is liked by everyone and earned good ratings on IMDB with 8.4 out of 10 while 8.5 out of 10 on TV Series Finale.

You can also read other latest comedy shows on Trendingnewsbuzz.com.

Valley of Tears: A Israeli Mini-series Get the Latest Updates