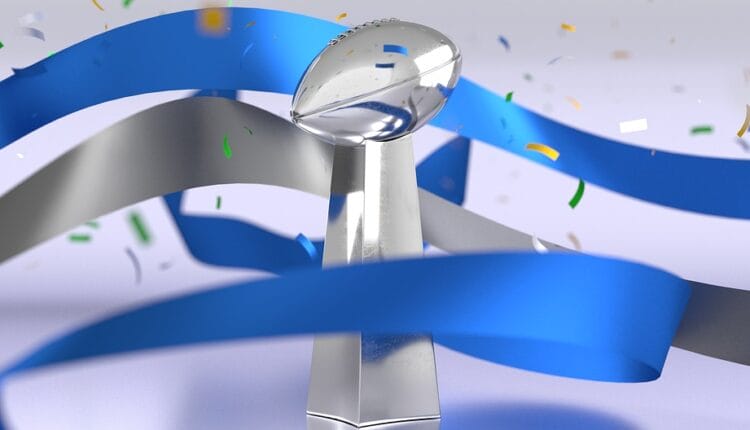 Who Will Appear with Rihanna at the Super Bowl’s Halftime Show?

It was recently revealed the global superstar Rihanna will be headlining the halftime show at the upcoming 2023 Super Bowl, following in the footsteps of Eminem, Michael Jackson, J-Lo, Beyoncé, Prince, and Phil Collins, to name just a few, but what we don’t know yet is whether she will be enlisting any guests to perform with her.

Here is a closer look at who is most likely to perform alongside Rihanna during the upcoming Super Bowl halftime show, with possible candidates such as her partner Rocky A$AP, Britney Spears, Calvin Harris, Kanye West, Pharrell, and even Drake, all having been suggested.

However, it’s all just guesswork at the moment, and we will have to wait for official confirmation to find out who might be joining Riri on Sunday, February 12th 2023, at Super Bowl LVII.

What is the Super Bowl halftime show?

The Super Bowl is an annual final playoff game of the NFL (National Football League) that determines the league champion. This year’s event, known as Super Bowl LVII, is scheduled to take place on February 12th, 2023, at the State Farm Stadium in Glendale, Arizona. One of the most iconic things about the Super Bowl is the halftime show.

The event has become a tradition, and sports fans who attend the game, plus the millions of people from around the world, get to watch the halftime Super Bowl either live on television or at their favourite sports streaming website. The headline act this year is Grammy award-winning superstar Rihanna, who is also known more affectionately as Riri. Rihanna is an international icon, philanthropist, and entrepreneur who will be taking centre stage, but it’s still unclear yet as to which other stars may be joining her to perform at what is officially known as the Apple Music Super Bowl Halftime Show.

Rihanna will join a long list of major superstars that have performed at the Super Bowl halftime show over the years, and some of the other biggest names have included Michael Jackson, Prince, Eminem, J-Lo, Beyoncé, Madonna, Katy Perry, Bruno Mars, and lady Gaga. Shakira, The Weeknd, Justin Timberlake, and Phill Collins are have also performed. One of the most recent and iconic halftime shows occurred in 2022 when Eminem was joined by Dr Dre, Mary J. Blige, Snoop Dogg, and Kendrick Lamar.

Who is likely to win the NFL Championship?

One of the best ways to gauge who might win the 2022/23 NFL Championship would be to look to the major sports betting sites to find out what kind of odds they are currently offering for each team. For example, 10bet in Africa is just one such site that has a wide range of markets currently open for NFL betting, and the current odds-on favourite team to win the NFL Championship outright are the Buffalo Bills.

The least favourite teams to win the NFL Championship are the Houston Texans, the Seattle Seahawks, the Washington Commanders, the New York Jets, the Chicago Bears, and the Atlanta Falcons. These teams have the worst odds, which currently range from around +50,000 (500/1, or 501.00) to around +20,000 (200/1, or 201.00). Even though the Buffalo Bills are the most likely to win with the best odds, don’t forget that no bet is guaranteed.

Who will appear with Rihanna at this year’s halftime show?

It hasn’t yet been confirmed who will be performing with the singer. However, some of the most likely candidates that have been suggested by people are her current partner, Rocky A$AP, and possibly Britney Spears or Kanye West. You may also see Rihanna being joined on stage by Drake, Pharrell, or Calvin Harris.

Things to remember when gambling for real money

If you’re going to sign up to a licensed gambling site and place a real money wager, the best thing to do, where possible, would be to set deposit limits. Setting limits can help you stay in much better control of how much money you spend. Remember that you must be at least 18 years old to gamble in the real money mode, and when gambling for real money, never chase your losses, and always try to gamble responsibly.