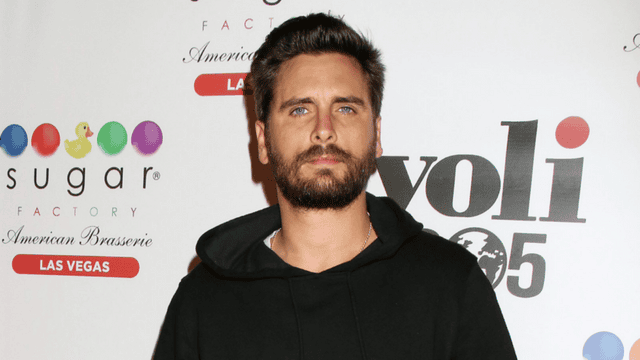 In this article, we will discuss the topics like, “Who Is Scott Disick Dating?” and everything you need to know about Hollywood’s most famous playboy. Therefore, if this is something that piques your curiosity, stick with us.

Who Is Scott Disick Dating?

Fans have always been interested in Scott Disick‘s girlfriend and who he’s dating now since he’s one of Hollywood’s most well-known playboys.

Scott became famous overnight in 2007 when Keeping Up With the Kardashians showed him as Kourtney Kardashian‘s on-again, off-again boyfriend. Scott and Kourtney, who have three children together named Mason, Penelope, and Reign, dated on and off for nine years until they broke up for good in 2015. Scott went on to date several models almost half his age, while Kourtney got engaged to her longtime neighbor Travis Barker.

Scott talked about why so many of his girlfriends have been so young at the end of the Keeping Up With the Kardashians series in 2021. Scott said, “Everyone gets it wrong when they say I like young girls.” “I don’t look for young girls when I go out. They like me for some reason. Because I’m young-looking.”

Who is Scott Disick dating now, and who is his girlfriend? Find out more about Scott’s current relationship and why his past ones, which included the daughters of two famous people, didn’t work out. 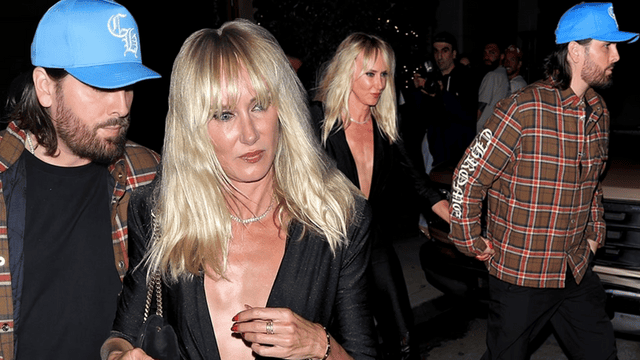 Us Weekly says that Kimberly Stewart is going out with Scott Disick. The outlet reported on August 24, 2022, that the two have been seeing each other and is keeping it under wraps for now. A source told them that they have been dating for a few months and that they are “really into each other.” They have known each other for “years.” Kimberly’s brother, Sean Stewart, is how they met. “They had the same friends and hung out in the same circle,” the source said.

The source said that they waited a while before “going public” and that they aren’t “serious yet,” but that they have been “getting to know each other in a different way than as friends.”

Before his car crash, Scott was seen leaving Giorgio Baldi in Santa Monica, California, with her holding his hand on Sunday, August 21. The photos were taken by the Daily Mail. In 2015, after he broke up with Kourtney Kardashian, there were rumours that the two were dating, but Kimberly’s mother said they were just friends. 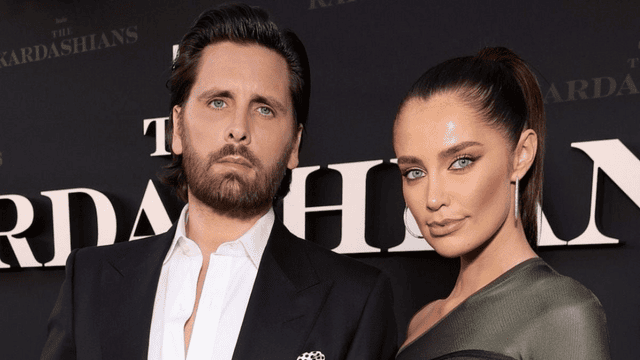 On April 5, 2022, Scott Disick and his new girlfriend, Rebecca Donaldson, were seen going out on a date. A couple of days later, on April 7, 2022, the 27-year-old model and the 38-year-old former Keeping Up With the Kardashians star made their red carpet debut at Hulu’s The Kardashians premiere. For their first real date, Scott and Rebecca walked the red carpet at his ex’s family show.

Rebecca is a model who works for MP Models in the UK and does most of her work in Europe. No one knows how long the two have been together. The couple talked to Kim Kardashian’s boyfriend Pete Davidson, Malika Haqq, and Khadijah Haqq McCray in a friendly way at the premiere. Eyewitnesses who spoke to Entertainment Tonight said that Scott’s ex-wife Kourtney and her new husband Travis Barker did not mix with the couple. Kourtney and Travis Barker got married on April 4, 2022, just a few days before. 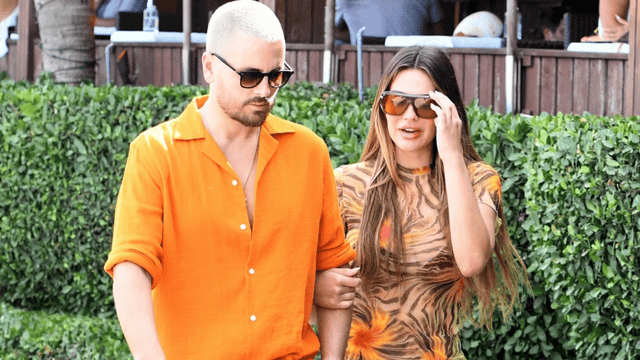 Scott Disick and Hanna Cross, a British model who is 14 years younger than him, were first seen together at Nobu in Malibu, California, on November 8, 2021. At the time, the Daily Mail said that Scott and Hanna tried to stay out of sight. Scott wore a black baseball cap, a hoodie, and a green puffer vest to the date, while Hanna wore a blue blazer, matching pants, and a white tube top that was cropped at the top.

Scott is not the first person Hanna has dated in public. In 2019, she dated Brooklyn Beckham, who is the son of David and Victoria Beckham. A source told E! News in 2021 that Scott and Hanna weren’t serious. She was his first relationship after breaking up with Amelia Hamlin and after Kourtney Kardashian got engaged to Travis Barker, who was then her boyfriend. “[Scott] is getting back into dating and having a good time,” a source said. “He’s having fun with Hana, but for now that’s it.” 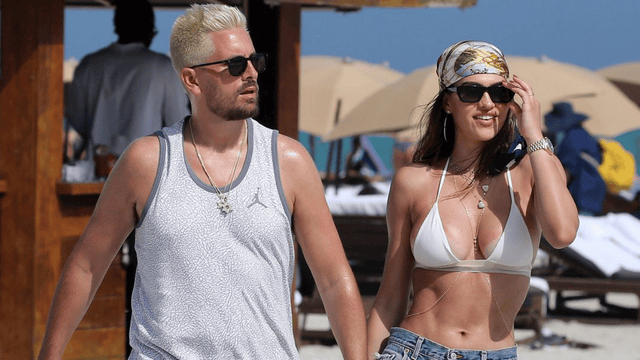 From October 2020 to September 2021, Scott Disick went out with Amelia Hamlin, who is the daughter of Lisa Rinna and Harry Hamlin. Amelia, who is 18 years younger than Scott, broke up with him after Younes Bendjima, the ex-boyfriend of Scott’s ex-girlfriend Kourtney Kardashian, leaked a DM from him in which he criticised Kourtney and her then-boyfriend Travis Barker. “Hey, is this girl okay!? What the heck is this? In the middle of Italy,” the message said. It was accompanied by a picture of Kourtney and Travis kissing in Italy. During the season 11 reunion of The Real Housewives of Beverly Hills, Amelia’s mother, Lisa Rinna, said that the DM was one reason for the breakup, but not the only reason. “I don’t think there’s ever just one reason why people break up. Now is the time to get better. “Everyone needs to heal now,” she said. 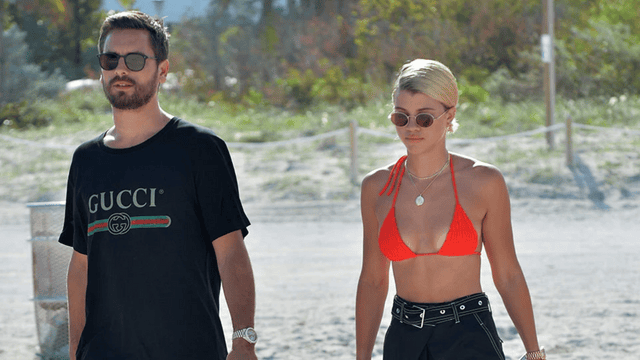 From 2017 to 2020, Scott Disick dated Sofia Richie, who is the daughter of singer Lionel Richie. During an episode of season 20 of Keeping Up With the Kardashians, Scott said that he broke up with Sofia because she gave him a “ultimatum” about his relationship with his ex-girlfriend, Kourtney Kardashian. Scott said at the time, “I thought I’d give it a try and make her more of a priority, but even when I did that, I felt like she just wanted to push Kourtney out.” “And I said something like, ‘That’s the most important thing to me: my kids. They’re my family, and they’re the only family I have,'” He kept going, She said, “I don’t want to share you with Kourtney as a boyfriend.”

A source told OK! magazine at the time, though, that Scott was completely honest about why they broke up. The insider said, “It seems like Scott needs attention so badly because he has such a big ego.” The source also said that Sofia thought Scott was “twisting the truth” about why they broke up to make things more dramatic for the last season of KUWTK. “From Sofia’s point of view, Kourtney and the kids were much more accepting of her than Kourtney was of her,” the insider said. 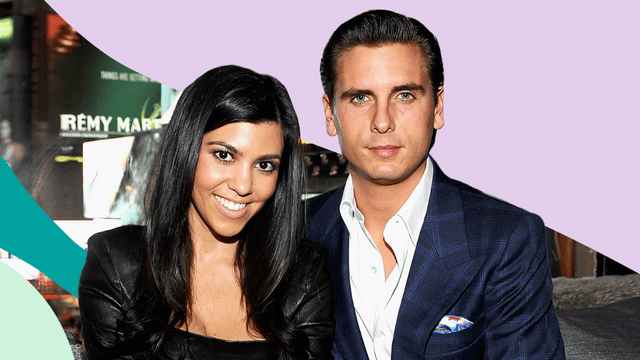 Between 2006 and 2015, Scott Disick and Kourtney Kardashian were together for almost a decade. In 2006, they met at a party in Mexico that Girls Gone Wild founder Joe Francis threw for them. When Keeping Up With the Kardashians came out a year later, in October 2007, their on-again, off-again relationship was the main plot. Before they broke up in 2015, Kourtney and Scott had three children: sons Mason and Reign and a daughter named Penelope. In 2021, at the end of the last season of “Keeping Up with the Kardashians,” Kourtney said that Scott’s drug problems, not his cheating, were the reason they broke up. She said, “I didn’t find out about the cheating until the end, so I think the drug use was the deal-breaker.” During the reunion, Scott also said that he had been bad. “I’m not trying to justify what I did,” he said. “I would have never done these things if I had been sober, but it was all wrong. To be honest, I just thought it was normal.” In 2021, Kourtney got engaged to Travis Barker, who had been her neighbour for a long time.

So that is all in this article “Who Is Scott Disick Dating?” We hope you learn something. Therefore, keep an eye out and stay in touch. Follow us on trendingnewsbuzz.com to find the best and most interesting content from all over the web.