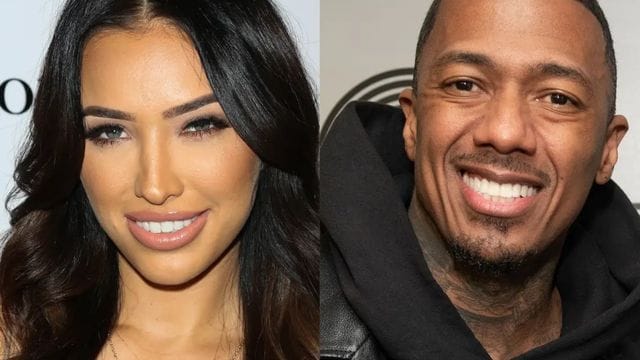 Currently, Nick Cannon is dating Bre Tiesi. Their relationship is an on and off type of love. They have came into limelight when they announced their first child together. In March 2022, The model Nick Cannon told E! News’ daily pop that –

“Him and I have had our on-and-off for years,” two months after revealing her pregnancy. “I’ve always come back.”

Tiesi continued: “I just respect and love who he is so much as a person, that when I thought about, ‘Do I want my son to be this person? Look at your characteristics, look at your personality, look at how you treat people.’ That’s what is so much more important to me than anything. And he treats me amazing, so that’s all I look at.” 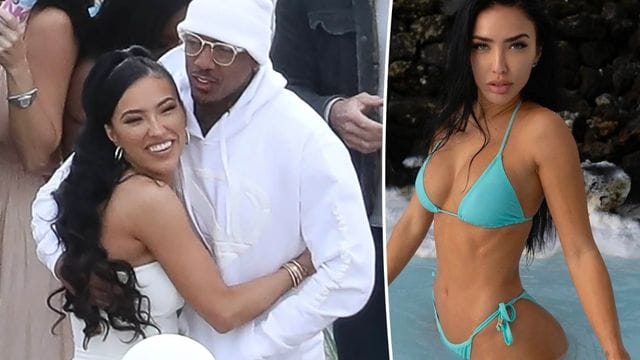 Before they announced they are expanding the family, the couple have remained close through years with Tiesi even appearing on some episodes of his Wild N Out series.

Earlier that month, Nick was spotted at Teisi’s baby shower and confirmed the paternity of her new bundle of joy. He revealed the news that they were in a great space at the time of his show Nick Cannon Show.

Nick, Who is a Masked Singer Host, Said That –

“When a life comes into this world, it’s a celebration. I’m excited,” “I’m happy. I’m gonna be the best dad I can possibly be.”

Well, the new arrival will be the real estate agent’s first baby, Nick is already a doting father of seven kids. His first child was born in 2011 when he and his ex-wife Mariah Carey welcomed twins Moroccan and Monroe.

In 2017, he welcomes Golden and Powerful with Brittany Bell and twins Zion and Zillion in June 2021 with Abby De La Rosa. Nick and Alyssa Scott also gave birth to son Zen later that June.

But unfortunately, after seven months Zen died in December 2021 due to a brain tumour.

Tiesi, for her part, is enthusiastic about her son joining Cannon’s expansive brood, noting she’s watched how he raises his other children.

“He’s great,” Tiesi — whose divorce from Johnny Manziel was finalized in November 2021 — exclusively told Us Weekly in April 2022. “I hear him on the phone [with his kids]. I hear stories. I hear stuff about the kids, and I know him very well. [I’ve been able] to watch him parent and [see] his patience and … his insight and how he explains things. He is just a very nurturing, loving human. Very constructive.”

She adds that- she has much more love and respect for Nick’s relationship with his other kid’s mothers.

“Our kids are siblings,” Tiesi explained. “However they decide to go moving forward with their dad, that’s their time and their intimate stuff. We’re just here to support and drop off or pick up or whatever they need. But [it’s] all love.

We all are worried about our situation and our children and [doing] the best we can do. If anyone needs something, my door is always open.”

Well, Nick and Tiesi decided to raise their first child together, but they are not in a traditional monogamous relationship.

Check out the whole article to get to know more about Nick and Tiesi’s relationship.

Tiesi made a noteworthy guest appearance on Nick’s Wild N Out sketch show after knowing him for several years. 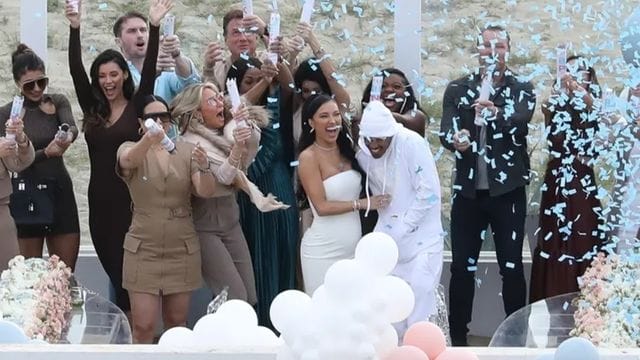 Shortly after the baby shower, the couple confirmed the Nick’s paternity.

Tiesi wrote on Instgram that-

“My son 🤍🙏🏼✨💙 Been keeping you safe in my belly from this world as long as I could,”. “You are surrounded by so much love. Mommy and daddy can’t wait to meet you 👼🏽.”

Tiesi told to US magazine about her pregnanvy that- “[I was not nervous] at all, noting she hoped to have a home birth. “Nick and I have been talking about going down this road for a long time and when we were finally ready, we were trying. There was no, ‘Oops, I got pregnant.’” 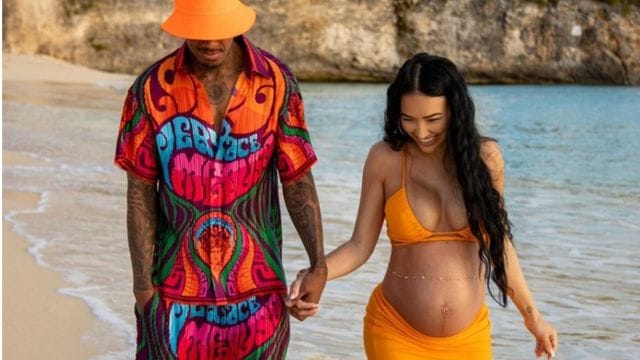 She also adds that – “I have a beautiful relationship. We’re very open, we’re very honest, we’re very supportive. All of my needs are met, and I’m very happy in our situation.”

Nick and Tiesi celebrated their babymoon together with an instagram carousel of photos. Teisi calls their son as Baby C in her caption.

Tiesi shared an Instagram snap in which pair cradling her belly on father’s day. “Moments like this with you are everything,” Happy Father’s Day to baby C’s super daddy we love you so much. Happy Father’s Day my love you deserve every minute of celebration.”

So, according to report Nick Cannon is dating Bre Tiesi and both are going to welcome their son soon. Their relationship is on off love for decades.