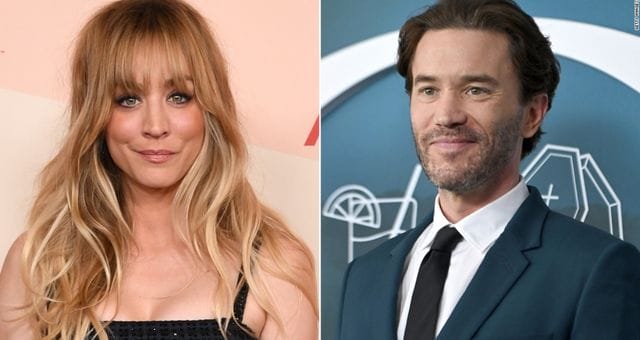 Growing Love as time passing! Less than one year after getting divorse from equestrian Karl Cook, Kaley Cuoco has moved on with Tom Pelphrey. Reportedly, Kaley Cuoco and Tom Pelphrey were dating with each other and it seems according to their social appearances.

“The sun breaks through the clouds, rays of gold slipping into my eyes and heart, rays of yellow to break the grey.”

“Nothing can save you. And you stand in the moonlight and a sweetness comes off the top of the trees, and the fence around the yard seals you off from the dark and you can’t breathe. It is all so familiar and possible. It is too simple that there is this much good in the world and you don’t know how to have it.”

Pelphrey is a native from New Jersey and he was previously linked to Jamie Alexander. He then concluded his caption from Susan Miller’s 1994 song My Left Breast and wrote –

“And it makes you wonder when it was you lost your place. Then you catch a breeze, so warm and ripe, it makes you hope that someone will come who also cannot save you, but who will think you are worth saving.”

Before the pair sparked a romantic connection, the Big Band Theory star who was previously married between 2013 and 2016 to Ryan Sweeting and also announced her split from Cook in September 2021.

“Despite a deep love and respect for one another, we have realized that our current paths have taken us in opposite directions,” the estranged pair said in a joint statement at the time.

“We have both shared so much of our journey publicly so while we would prefer to keep this aspect of our personal life private, we wanted to be forthcoming in our truth together. There is no anger or animosity, quite the contrary.

We made this decision together through an immense amount of respect and consideration for one another and request that you do the same in understanding that we will not be sharing any additional details.”

Kaley, who filed for divorce several days later, has since been candid about moving on and falling in love once more.

The Budding Love of Duo –

“I believe in love because I’ve had incredible relationships. And I know that they’re out there. I like being someone’s partner and having that companionship,” the 8 Simple Rules alum told Glamour in April 2022, admitting she would not get married for a third time. 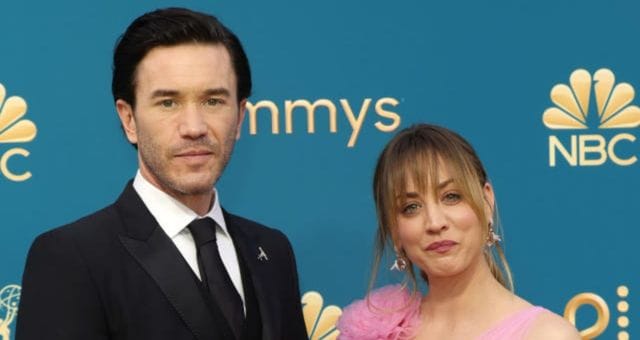 “We’ve all been there where you think, ‘Oh, my God, I’m never going to meet someone else.’ And you do. There are great people that come into your life and they leave your life. And there are reasons for all of it.”

Check out some Glimpse of Kaley’s love life

Kaley Cuoco gave her man a sweet smooch while swimming in a backyard pool.

Also the duo went on Instagram official with a bunch of coordinating wilderness selfies. 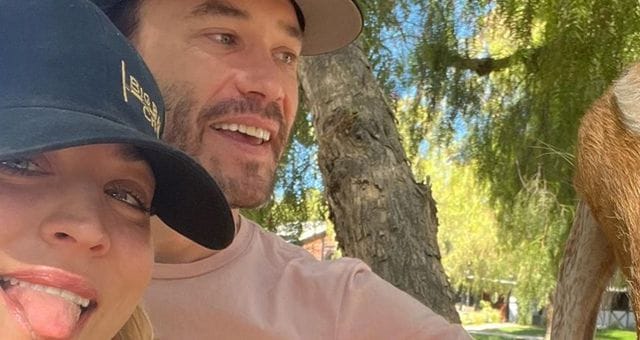 Pelphrey also posted a picture and captioned it with lots of love smileys, which is truly adorable by the times.

Read Also – Who is the New Guy Larsa Pippen is Dating: What Do Fans Think About It?

Pelphrey earned an Emmy nomination for his performance on Ozark, but he was even more proud of his girlfriend’s nod for The Flight Attendant. “CONGRATULATIONS TO MY FAVORITE ACTRESS!!!” he gushed via Instagram as the couple celebrated together. “Such beautiful, brave work. Beyond grateful to share this with you today… ♥️🙏♥️.”

Kaley shared a loving tribute to her boufriend on his 40th birthday. “To the incredible man that saved me in all the ways..happy birthday, baby!” she captioned an Instagram photo at the time. “To know you, is to truly adore you … the world lit up the day you were born ❣️ 🎂 I love you!! @tommypelphrey.”