Donald Trump Has No Plan

I can’t figure out how exactly to begin this article, where precisely to lead, given the US under Trump is in a frenzy-literally.

It has been over 3 months since the first case in the US came out, and since then, the rate of dying patients have exceeded like anything!

People are testing positive like whales and goats and the health workers are trying their level best to contain themselves-and everyone else.

So, of course, you must be wondering what the most powerful continent in the world has to offer.

Well, the Trump administration is dealing with the pandemic in a surprisingly lousy way.

The President has said no further tests are required to be done whatsoever. 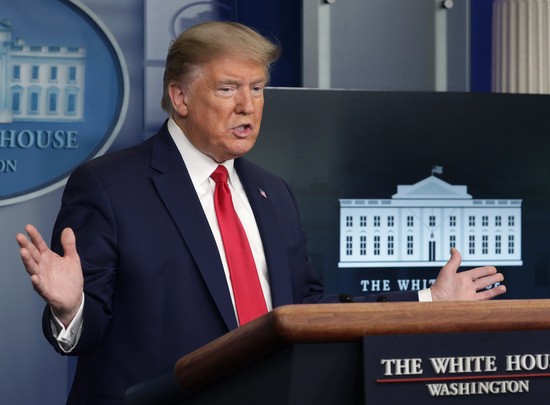 His reign has seen the most fatal decrease in economy leading to a 14% downfall.

This has been the worst, after The Great Depression! And what’s the plan, you ask? Well, the White House doesn’t know themselves.

Trump has gone hysteric and has ordered a few states to even reopen their businesses so as to kickstart the economy.

But at what cost? When hundreds of thousands of people are dying, why is it that economy is all you are concerned about?

Trump has been absolutely chilled in his tone when he talks about the disease vanishing on its own in a couple of weeks.

He has been overly breezy and I’m not just saying this for the sake of saying this.

Where This Is Heading Towards

Very subtly he has said ‘This virus will go away and we will not see it ever again’ and he has ended his statement with ‘hopefully’. Now you decide. *shrugs*

I mean, I accept that this whole lockdown has failed the economy at some point, but what about human lives?

White House members have themselves tested positive just a week before.

Will reopening businesses and states not be a direct threat to humans?