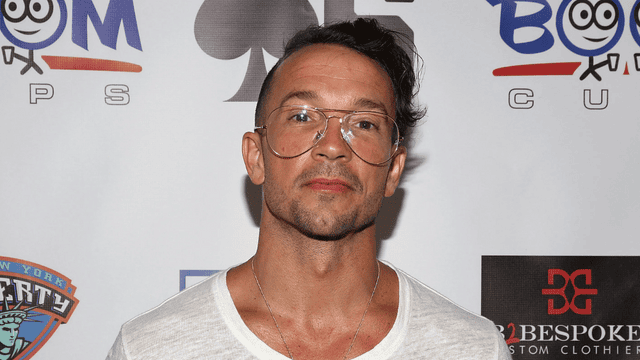 In this article, we will discuss the topics like, “Where Is Carl Lentz Now 2022?” Everything about Carl Lentz and what does he actually do? Therefore, if this is something that piques your curiosity, stick with us.

In the past few years, Hillsong Church has been under a lot of scrutinies, especially because of how its well-known leaders act. Hillsong: A Megachurch Exposed, a documentary series on Discovery+, talks about Carl Lentz‘s firing. Carl was the head pastor of Hillsong NYC, which was a church that famous people like Kyrie Irving, Kelvin Durant, and Selena Gomez went to.

Lentz became famous as a preacher because of his close friendship with Justin Bieber. Justin chose Lentz to be his spiritual guide, which made him and Hillsong even more well-known. Lentz, who was into fashion and had tattoos, changed what a church leader was like, inspiring others to dress like him.

When news got out that he had been having an affair with New York actress Ranin Karim, his whole life fell apart. 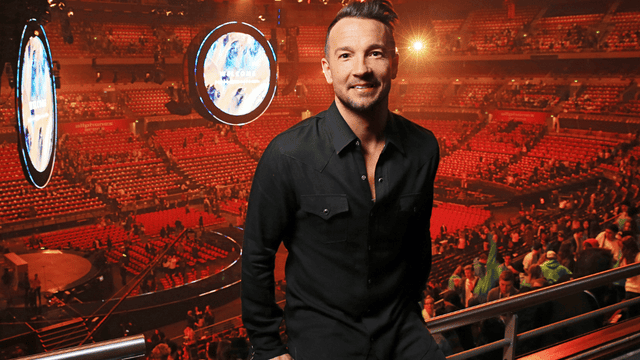 Lentz, who resides in Florida with his family, apparently wants to begin a career in entertainment

Lentz sold his $1.5 million house in Montclair, New Jersey, just days before he was fired from Hillsong Church. The family moved from the East Coast to Los Angeles. Tyler Perry helped them pay rent in part by giving them $100,000.

Lentz moved his family to a $70,000 house south of Tampa, Florida, in July 2021. The house is nothing like their fancy home in Los Angeles.

Carl was seen in a Florida airport in March 2022. He looked very different from how he used to. The pastor, who used to look neat, now had long, curly hair and looked thinner. He had also given up the low-cut t-shirts he usually wore in favour of a black t-shirt, light blue jeans, and black cowboy boots.

Laura, Carl’s wife, took him to the airport and then took their son to school. After leaving Hillsong Church, Laura changed her name and started her own business as an interior designer.

Lentz, on the other hand, hasn’t changed jobs since he was kicked out of Hillsong. The Sun said that Carl took a month off to work on his mental health before making moves in the entertainment business.

A source said, “He knew he had to get help, and now that he has, he wants to use all the attention to help his career.” “His name is more well-known than ever, and he knows it. He’s trying to get something good out of it.”

The source did say, though, that few executives had shown that they were willing to work with Carl. Lentz would rather host a faith-based Netflix show, but he would do a reality show if he had to.

“He was counting on some of his famous friends in L.A. to help him with this, but after this cheating scandal, no one will answer his calls,” the source said. “Money and fame are what drive him,” said someone else. 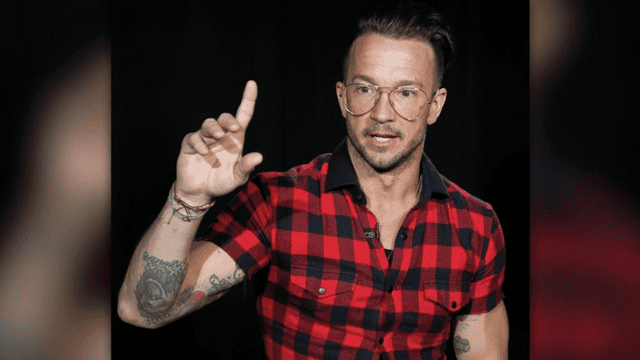 Most likely, the Discovery+ documentary will show more about his affair with Ranin Karim

Ranin Karim will probably talk about her relationship with Carl Lentz in more depth. Ranin says in a trailer for the show, “It was the most toxic thing I’ve ever had to deal with.”

Karim told The U.S. Sun about the affair and said that Lentz approached her at Domino Park in Brooklyn, New York, in May 2020. He was nice to Ranin and tried to get her to like him. He told her that the most beautiful women came from the Middle East, which is where she is from.

Ranin said, “He told me his first name was Carl, but he wouldn’t tell me his last name.” “He told me that he was a sports agent for a living.” Carl told Ranin that he didn’t want her to look him up on Google because he’d rather they get to know each other in person.

Carl said that he had been married for almost 20 years and had three children. This made Ranin wonder more about this mysterious man. She looked up his name with his phone number and couldn’t believe what she found.

“He said he had never done anything outside of his marriage and felt bad about it,” she said. “But he told me that when he met me, God told him to tell me that I need to know my worth and that there’s something special about me… whatever.”

Even though Karim tried to end the relationship, it kept going on. She said, “Every time I said I was done with him, he would come back and keep chasing me.”

Karim said that Carl lied when he said that his relationship with her was just a one-night stand. Lentz reportedly told Karim that she was the only person he had ever loved outside of their marriage as they were leaving. She told me: 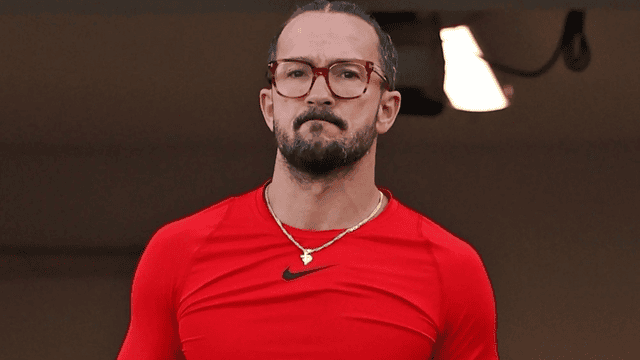 In June 2021, the family’s former nanny said that Lentz had sexually abused her

Months after he was fired from Hillsong Church, Leona Kimes, who used to work as a nanny for Lentz, came forward to say that the disgraced pastor had sexually assaulted her. She wrote on Medium, “I also felt so ashamed, and I had been told not to say anything or tell anyone.”

Leona said that she began working for Lentz in 2011 and that she often spent more than 19 hours a day there. Before Lentz asked for foot rubs and massages, her job was to take care of the kids and the house.

Kimes said that she didn’t know what to do when Carl touched her in a sexual way. “His unwanted and repeated sexual touches on my private parts hurt me physically,” she wrote. “I froze. I froze every time.”

People say that Laura found out about Carl’s behaviour and tried to fix it by blaming Leona. She said, “I was blamed and told to shut up.” “I was what was wrong.” In 2017, Lentz admitted that he had done wrong, but he didn’t tell the church’s leaders. The couple told her to apologize before they fired her.

“Their family had fired me, but not their staff,” Kimes wrote. “I thought it was my fault, which made me feel bad. I didn’t get another part, but I thought we could figure it out, even though I didn’t know how. I just knew we were all going to keep quiet.”

After Carl was fired, Kimes told the top people in the Hillsong Church about what she had been through. Lentz and her husband have been criticised for how they treat volunteers at the church they lead in Boston. 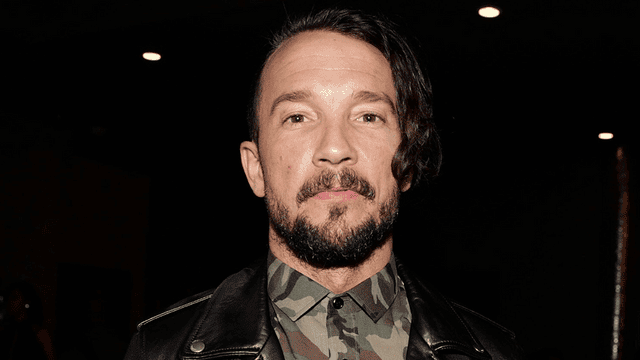 Even though Carl is often unfaithful, Laura reportedly can’t leave him

Carl and Laura got married in 2003 and now live in Florida with their three children. After he was fired, Lentz promised to fix what was broken with his family. On Instagram, he wrote:

“I cheated on my marriage, which was the most important relationship in my life, and I was held responsible for that. I am the only one to blame for this failure, and I take full responsibility for what I did. I now start a journey to rebuild trust with my wife Laura and my kids.”

Even among religious people, cheating is not an easy sin to forgive. But Carl and Laura seemed to move on without any talk of separating or getting a divorce.

A source told The Sun that even though Carl said he was guilty, Laura still thought he was innocent “because she doesn’t care about him.” The source said that Laura is completely reliant on Lentz and can’t leave him because of this:

“She depends on him in every way, both professionally and personally, and has done so since they got married. Laura put all of her hopes in one person, and since she has nowhere else to go, she won’t leave him.

Some of Laura’s friends who tried to warn her about Carl’s behavior are said to have left her. The source said that even people from her old church no longer like her. The person also said:

“Laura called them “cowards” and “pathetic” because they didn’t believe Carl and stood up for her family. She even said that people who get mad at Carl’s actions are “not Christian.” And has been awful to people who were only trying to help her. She has pretty much been kicked out of Hillsong. No one in the church wants anything to do with her.”

So that is all in this article “Where Is Carl Lentz Now 2022?” We hope you learn something. Therefore, keep an eye out and stay in touch. Follow us on trendingnewsbuzz.com to find the best and most interesting content from all over the web.