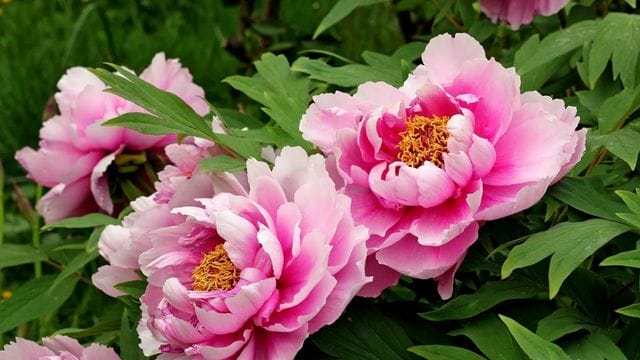 In this article you will get to know about when is flowering season of Peony. Peonies are one of the most famous ornamental perennials in the market. For every type of Gardner there is numerous variety of peony is available in the market, whether grown for their cut flowers or simply as border plants to enjoy in your beds. Get to know When Are Peonies in Season?

Peonies are well known for their precisely short season, especially sought after types. In this post we will cover the specifics of when peonies in season and what you can do to make it last as long as possible.

When Are Peonies in Season? Get to Know Essentials of It –

Mostly, Peonies flower in late spring and into summer, generally from April to June. The blooming time of peonies are depends on the type as well as variety chosen and the region, planting time, care and age.

Plant several peony types and varieties together and give them a proper care for extending the season of peonies as long as possible.

What is the Botanical Overview of Peonies?

The genus of Peonies is known as Paeonia, this is the reason why these flowers are usually spelled as Paeony. These flowers are really unique and special so they have their own plant family as Paeoniaceae with no other genera included.

When Are Peonies in Season?

Like all other ornamental flowering plants, Peonies start flowering in spring. They wait until the latter part of the season for producing their aesthetic blooms. Most gardeners in the northern hemisphere can look forward to the first flush around late April. 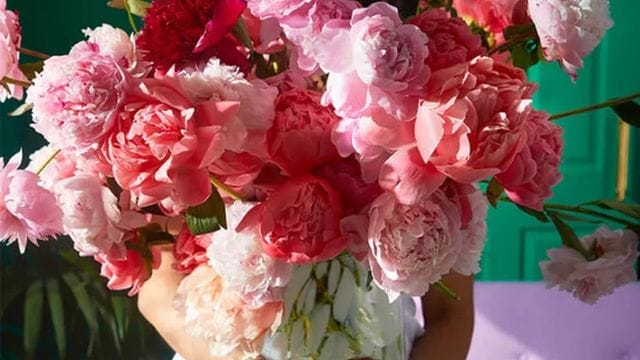 Season of the flowering is depends upon the type of Peony chosen, so it will end after the two months of flowering. Plenty of varieties even stop flowering earlier. In June, as summer starts to kick in flowering of Peony ends.

How Long Does the Season of Peony Last?

Unfortunately, Peonies are well known for their short period of flowering and blooming season. Plenty of the famous cultivars bloom for as little as a week and mostly extends it for the 10 days if anyone is lucky enough.

If gardener gives good condition to the peonies then it mostly bloom for a full two weeks. For preserving the blooms such types need to be cultivated in shady areas and must be protected from hot afternoon sun. Gardner should also provide little nutrients via fertilizing.

Without these protections their season gets shortened so for prolonged season you must take care all these precautionary methods. 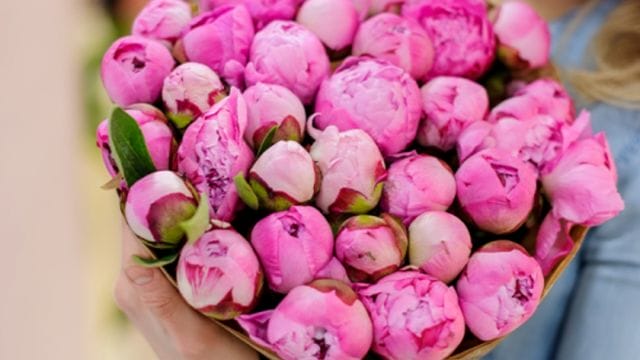 As these blooms are beloved most therefore horticulturalists have hybridized the Peony for producing a species which will flower for longer period. It can last from three weeks o total four weeks for giving you an entire month of flowers to enjoy.

Peonies are differentiated into three types as herbaceous, tree and Itoh or intersectional. The type of peony you choose will mostly affect how long your plants flower.

Herbaceous peonies have the smallest season which is around 7-10 days. Moreover, this type of peony is also most popular which include common species like Paeonia Officinalis and Paeonia Lactiflora.

These types of peonies are mostly bloom in May or early June which is totally depends on Cultivars.

Tree Peonies such as Paeonia suffruticosa have a little longer season which is about 14 days. These types of peonies are easier to grow and do not need the same cold temperature like herbaceous type of peonies.

These types of peonies are larger in size and foliage sticks around all year rather that dying back at the end of the season. They are the earliest blooming type which emerges in April and sticks around until May.

These peonies produce larger flowers on plant about 50 flowers per season on a single plant. They bloom for the longest period which is about 3-4 weeks and mostly flower in June.

Once there is end of season, these plants will die back to the woody growth when winter hits.

In Which Region and Climate Peonies Does Bloom?

Herbaceous peonies generally require cold weather to trigger flowering whereas the other two types also need a period of dormancy in winter a temperature drop but not necessary the dip to be as cold. 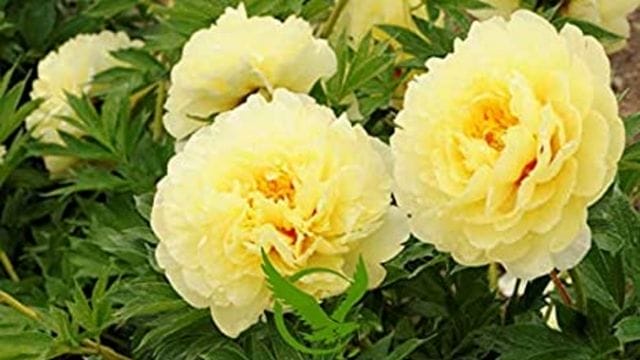 People in regions with colder winters in USDA Zones must plant herbaceous peony. Those in warmer regions must plant intersectional or tree peonies.

Peonies mostly bloom for longest in cooler temperature regions rather than warmer regions.

What is the Planting Time of Peonies?

Along with what you plant, when you plant is also affects the flowering season of Peony. Peonies are generally bought as bare root plants which means that they are dormant at the time of planting.

Therefore, the best time for planting peonies is fall which allows plant to develop roots and adjust the soil conditions early on by leaving them primed to focus on blooming by the time spring rolls around. It will helps to maximize the potential flowering season will all other aspects.

However, you can also plant peonies in spring but once planted they will focus on developing roots rather than blooming at this time. So it will essentially shorten flowering of you plant.

For keeping your plants flowering as long as possible from the outset, planting in fall is necessary.