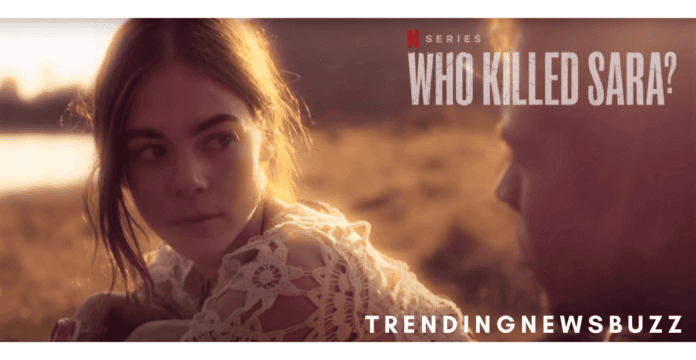 Netflix recently released the trailer for the second season of  “Who Killed Sara?”, its original mystery thriller. And it has all the fans of the series going crazy for it. Everyone wants to know when it comes out, and what it brings to the table. But most of all they want to know what the ultimate fate of the show is going to be.

The trailer for the second season of Netflix’s hit show dropped two weeks back. And it holds a lot of promise for fans and critics alike. From what we’ve seen so far, Netflix has set the second season for more murder, treachery, and mystery. It hasn’t been long since the first season hit the OTT platform, but fans just can’t wait.

The Show So Far

Netflix dropped the trailer for the second season during the last week of April. The blockbuster show follows Manolo Cardona, who is playing the role of Alex Guzman. Alex is investigating the murder of his sister, after being wrongly accused and spending 18 years in jail for a murder he did not commit. In his vengeance, he goes after the Lazcano family, the ones responsible for framing him, just to save their own reputation.

The series is one full of twists and turns, with the first season being one full of lies, treachery, betrayal, murder, sex trafficking, and mystery surrounding Sara’s death. You never know who to trust. And the same is reflected by the trailer for the second season, which shows promise of bringing even more of the same to the table.

Netflix ended the first season on a cliffhanger, with little in the way of any information. We still don’t know who actually killed Sara, or if the gliding accident was even responsible for her death, or if she is actually even dead, for that matter. All of which makes sense; How I Met Your Mother didn’t reveal who the mother was in the first season itself. That would just be too boring. And it seems like Netflix made the right call, with fans unable to wait for the second season.

Also Read : Everything about: My Husband Won’t Fit

Who Killed Sara?: The Second Season

And to add to the good news, we now have an official release date for when it’s going to be available to stream on Netflix: May 19th. With the seconds season just around the corner, the hype is high and so are the expectations.

Who Killed Sara? What We Know So Far

Netflix hinted at the end of the first season that Sara may not be the person that everyone is making her out to be. As Alex finds out a secret journal that Sara kept, he learns about her mental illness. Just before the time of her death, she had been struggling with suicidal thoughts. He also finds a note that says, “What if I’m crazy like him” and a drawing of a grave. But we don’t know who “him” is. At the end of season one, we also see a hint of what season 2 is about. In the end, we learn about Sara’s psychiatric sessions and suicidal tendencies.

All of this is not unfounded, as the trailer for the second season feeds even more into that premise, with Alex himself saying, “I found out things about Sara’s past”. Season 2 is promising to dive more deeply into Sara’s past to find out who she really was (or is). In the trailer, we see Sara kicking someone off the stairs, in addition to ruining her room. People suspect that the person who she kicked may actually be Diana the Huntress. We also see Elisa getting kidnapped in the trailer. And Clara and Marifer can be seen plotting against Chema. Possibilities say that Marifer could be the one true killer, but you can’t really trust anyone as we’ve learned.

What To Expect From “Who Killed Sara?” Season 2

With all this said, the trailer for the second season also hints towards new characters, as Matías Novoa, Daniel Giménez Cacho, and Antonio de la Vega join the cast on the screen. It also teases new connections between characters Clara and Diana the Huntress.

In Netflix’s official synopsis for “Who Killed Sara Season 2”, it said: “Alex Guzman has to face his worst nightmare: his sister Sara’s true personality, whom clearly he never knew at all. At the same time, a buried mystery corpse in his own patio becomes a ticking clock that can make him go back to prison at any time. He has no other choice than to become an investigator and put together all the pieces that will portray Sara’s true and terrible story and her relationship with the Lazcano family.”

But that is all we really know so far, before the release of the second season. It’s going to be an exciting one for sure, and one we are really looking forward to. All bets are off when it comes to this one, as we’ve seen time and time again. So the best thing to do is sit back and enjoy the show.

Do you like watching Netflix? Check out our recommendations here.

The second season of “Who Killed Sara?” drops on Netflix on May 19th, 2021. You can watch the trailer on YouTube.