Do you wish you were a part of “Taskmaster series 8 ”?

I also wish the same, If I was a part of the Taskmaster series, it would have been fun and one of the best experience of my life.

If you don’t know about the Taskmaster, then give us a moment to tell you what exactly it is, and then we will move on to information that we have collected for you about Taskmaster series 8.

If you love challenging show games like the one we used to watch in our childhood “ Takeshi’s Castle”, then you would love this one as well. I used to love “Takeshi’s Castle” because it was funny, interesting and adventurous too.

When I watched this show game, I used to dream about whether I would have completed the task given in this show without failure or not.

What is Taskmaster all about?

And moving on the same path is another comedy show game called “Taskmaster”. In this show, five contestants are mainly comedians, but sometimes you can also find well-known personalities participating. These five contestants compete with one another to complete the task assigned to each one of them.

The episode is based on how these contestants solve the task given to them along with supervision and sometimes assistance by Horne. The performance of each contestant is judged by Davies, who gives the points to the contestant on the basis of the task done.

The contest that collects the maximum points in the episode wins prizes. And the one who has the highest score at the end of the series wins a trophy.

The task given to the contestants ranges from simple physical ones for example task to eat as much watermelon as you can in one minute”, to a more difficult task that needs creativity and logic. Moreover, there are different types of tasks, including individual competition and sometimes pairing up in teams competing against various teams.

Who all are in Taskmaster series 8?

The season till now has 11 seasons, but in this article, we will tell you in detail Labotu season 8, who was the contestant and won the series 8.

Taskmaster series 8 was first aired on 8th May and continued till 19th July 2019. Meet the contestant of series 8 here:- 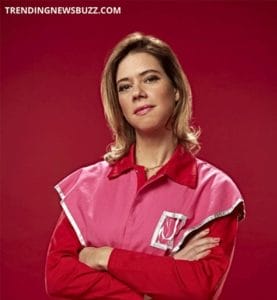 She is a renowned comedian who regularly performs stand-up comedy acts in the UK and around the world. Her show named “Shame Pig” was released in 2018 and won the Comedians Choice Award for the Best Show at the Edinburgh Festival Fringe. In 2019, she came back with another show, “Say Hello to your New Steo mummy”, which won the Edinburgh show award again. 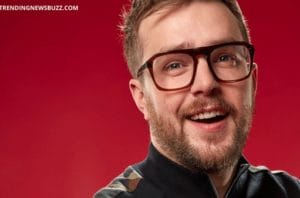 Iain is a Scottish comedian, but along with being a comedian, he is also a writer, a voice-over narrator, television presenter, and Twitch Streamer. Till now, he has done many comedy shows and gigs all over the UK.

We all know about Joe Thomas for playing the role of Simon Cooper in “The Inbetweeners. He is an English actor, comedian as well a writer. He began his comedy career with the legendary Footlights Theatre club while he was at the university. He followed the path of Great comedy personalities like Hugh Laurie, Eric Idle, and David Mitchell. We all can’t believe that he is part of the Taskmaster series 8.

She is a Welsh Comedy actor as well as a television writer. She has co-written a comedy series called “Peter Kay’s Car Share”. Thanks to her brilliantly witty and quirky sense of humour, Taskmaster could be her best gig since her last comedy shows.

British quizzer, and comedian. He has massively worked on Radio. With his god gifted talents, he has made himself a demanded comedy all around the world.

Now that you have met the 5 contestants of the Taskmaster series 8, who do you think has won the series 8?

The Happy news here is that Lau Sanders won the Taskmaster series.

If your guess was right that kudos, you have the knowledge to judge the real gem.

If you had the same desire as I had of being part of such a comedy show, then I must say that we are so similar, that we could be friends.

After reading about the taskmaster series 8, I am just logging off to watch it over again and refresh my memories of how they completed the task given to them.

What are your plans now?

If you don’t have any plans until now, you can just surf a little more about exciting information about your favorite series like Money Heist, Ocean 8, and many more.

When is Devious Maids Season 5 coming out?