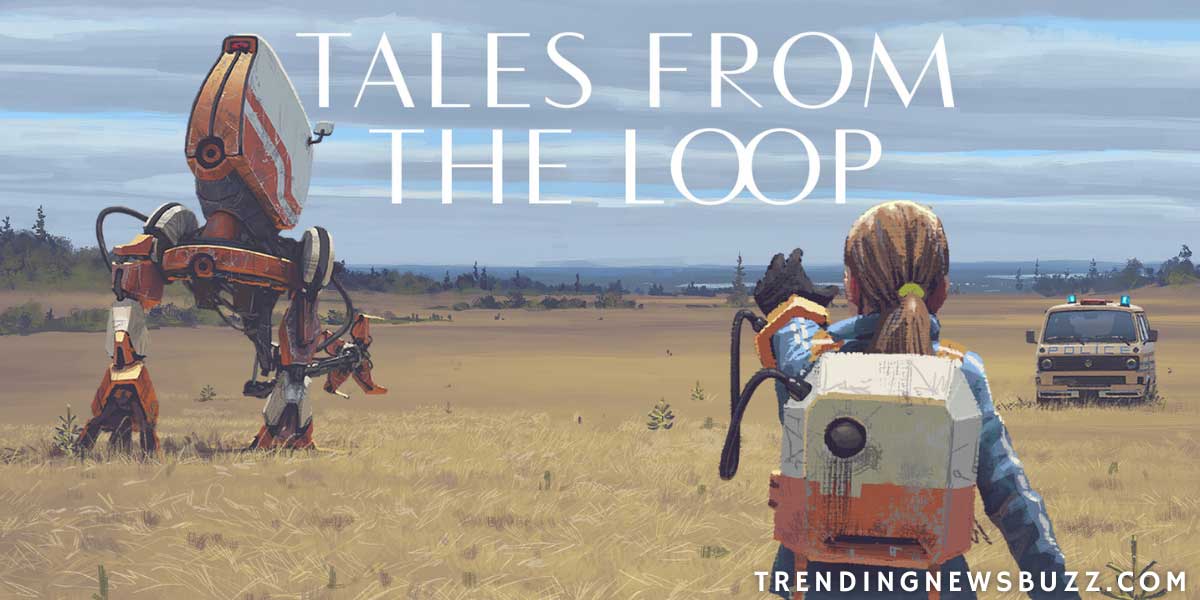 What Happened in Tales From the Loop: Episode 6 “Parallel”

By TrendingNewsBuzz Team Last updated May 2, 2021

Nowadays, almost everyone is interested in watching seasons/episodes of web series. Here is another amazing drama named ‘Tales from the Loop”. Have you watched season one yet? If not, then here is a brief description of season 1 episode 6, which will leave you with lots of questions.

Before starting the plot, let us know about the important aspects of the series.

The Tales from the Loop consists of a single seWhat Happened in Tales From the Loop: Episode 6 “Parallel”ason with 8 episodes now which was aired on 3rd April 2020 on Amazon Prime Video.

It’s a combination of drama and science fiction.

Episode 6 is of the duration of 56 minutes.

Charlie McDowell is the director of the TV episode. The creator as well as the writer of the TV Episode is Nathaniel Halpern. It is based on the book written by Simon Stalenhag. 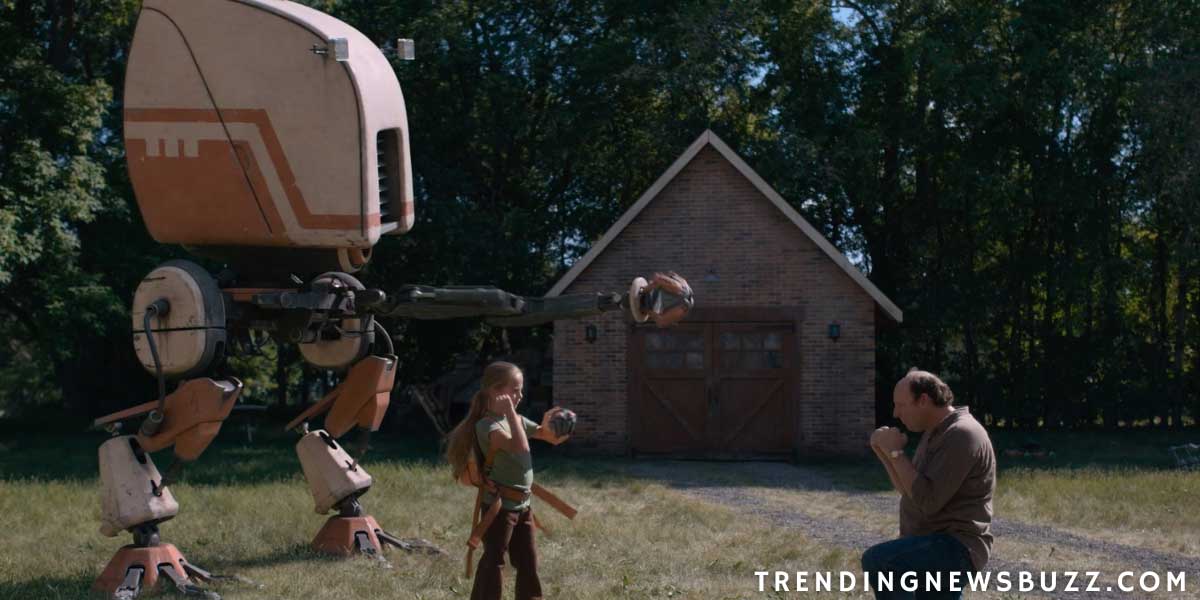 Now let us know about the plot of the story.

The Plot of the Tales From the Loop Episode 6:

The plot of the story Tales from the Loop in episode 6 revolves around Gaddis, who tries to find himself and collecting all the courage to learn and live alone.

Gaddis is a security guard at MCEP. He loves to have an eye on the birds. Disheartened with his life. He always spends time alone and tries to fix his tractor before going home. While repairing his tractor, he notices a hole opening in the ground which soon disappears.

Leaving the tractor as it is, he heads towards the bar where he plays pool all alone and picks up a song on the jukebox. A man named Kent, who is new in the town introduces himself to Gaddis and describes the song as awful, which is being played. The conversation soon becomes dry.

May arrives at the site when he goes back to the tractor. She cheerfully tries to help him to fix the tractor, but he then asks her about the hole in the ground, which leaves May, look at him astonishingly. 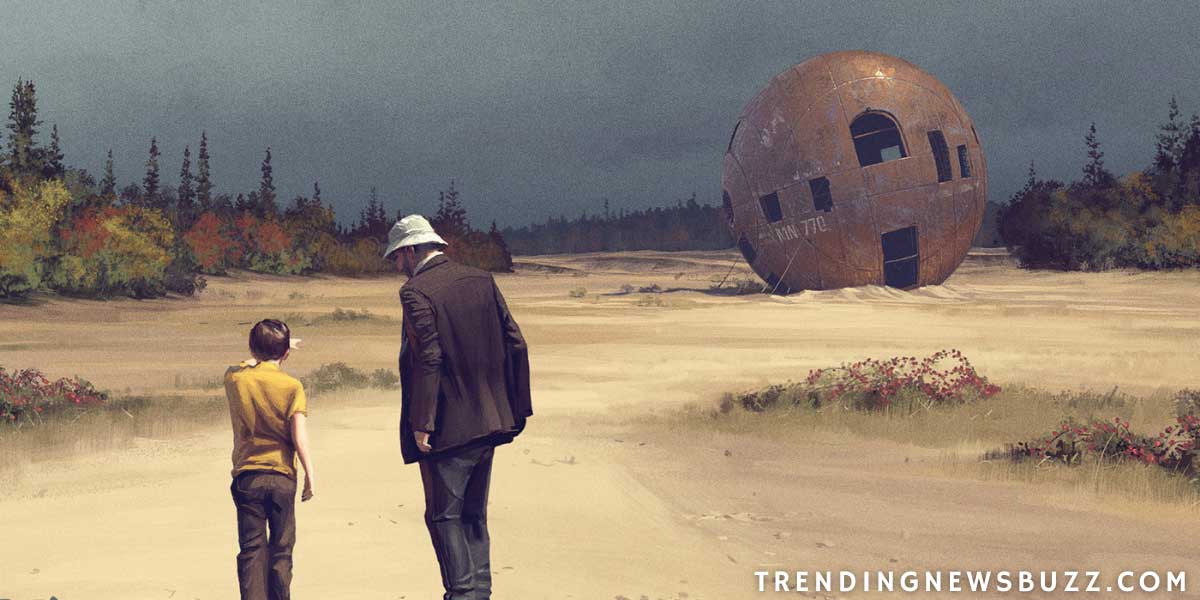 Gaddis finds the missing part of the tractor while having dinner at George and Loretta’s residence. He goes back and fixes the tractor but a shimmering light entraps the tractor and him for nanoseconds, and then everything just spits out. He heads back to the home thinking that the tractor doesn’t work. He finds some difference. When he opens the door he finds his lost love Alex along with his alternate self i.e. Gaddis #2. In the evening Gaddis and Gaddis #2 exchange words and came to know that by fixing the tractor Gaddis ended up in a parallel universe. Gaddis #2 explains to him that years ago the loop of entering the parallel universe was shut down.

In the morning, they try to fix the tractor so that Gaddis can go back to his home, but they fail. Stuck in the parallel universe, Gaddis comes to know more about Gaddis #2 and Alex’s life and relationship. Soon getting jealous of Gaddis #2’s life, Gaddis comes closer to Alex, and they share some intimate moments. Due to this Gaddis #2 and Alex head towards a fight.

Gaddis writes a letter to Alex asking to run away together. He even waits for him at the barn where he falls asleep. When He wakes up, he finds Gaddis #2 sitting next to him with the letter on the tabletop. Gaddis tells Gaddis #2 that he takes Alex for granted. After much confusion and betrayal, Gaddis decides not to live alone and heads out to the woods. He reaches the bar, where he meets Kent again. After communicating with him. He learns that Kent is also a birder. They both go in search of birds in the forest.

Here the episode comes to an end and leaves us with many questions. 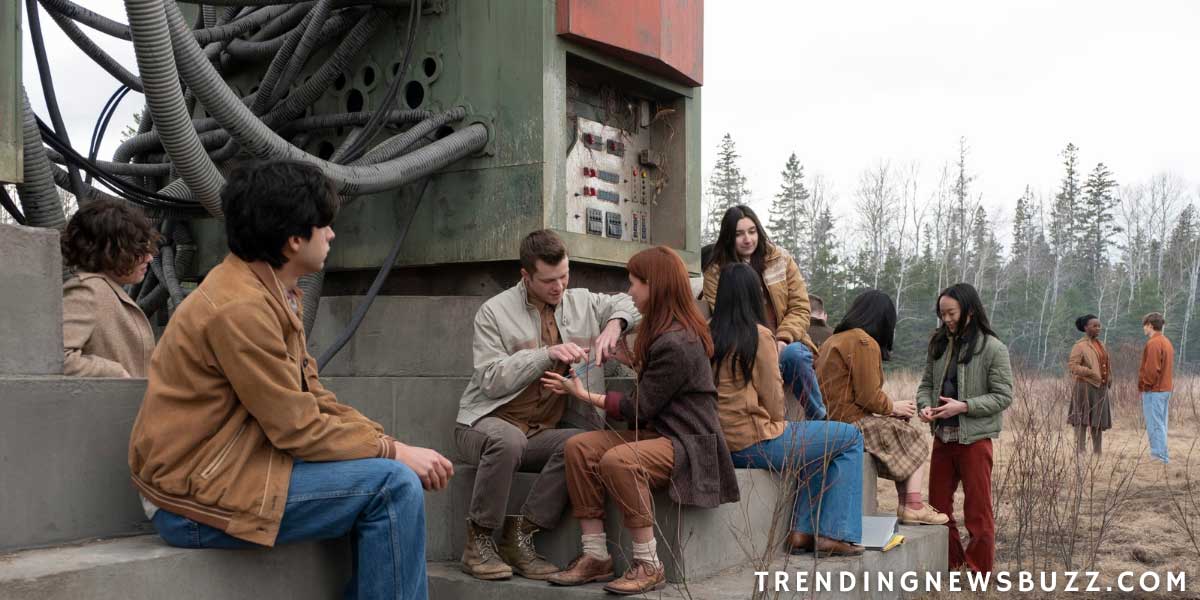 The Cast of the Series Tales From the Loop Episode 6 Season 1:

The main cast of The Series Tales From The Loop is as follows:

The other cast which shows their glimpse are :

Imdb Rating of the Series Tales From the Loop Episode 6 Season 1:

IMDb rating of the Tales from the Loop Episode 6 is 6.5 out of 10. the series get a decent response from the fans and critics. I am eagerly waiting for the next episode. 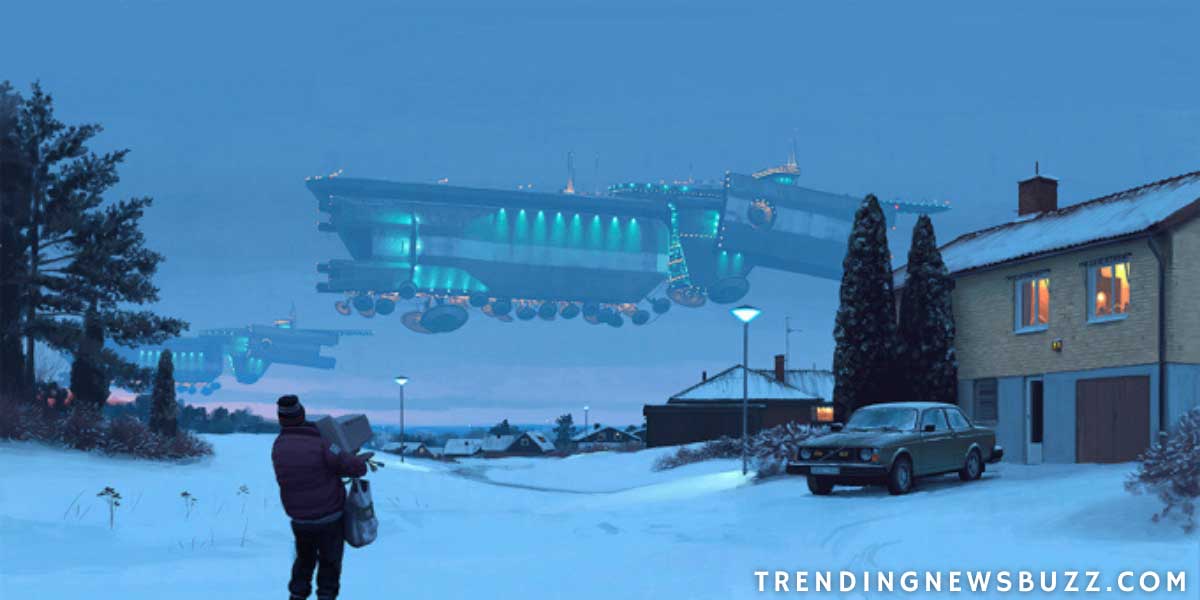 Places to Find the Tales From the Loop Episode 6 Season 1:

Amazon Prime Video is the place where you can watch the Tales from the Loop episode 6.

It can be found on other apps also where you can access the web series or shows free.

you can also watch the trailer of the tales from the loop episode 6 show on youtube.

The end of the episode leaves us with many questions despite ending with a decent note. How will two Gaddis survive in a single world? What problems would they both face with the world and with each other? How are they gonna deal with it?

All these questions arising in the audiences’ minds will attract them to watch the next episode and enjoying the surprising story.

If you have already watched the 6th episode, you will be eager to watch the next, and if not, then it’s not late. You can watch it now. Have fun!