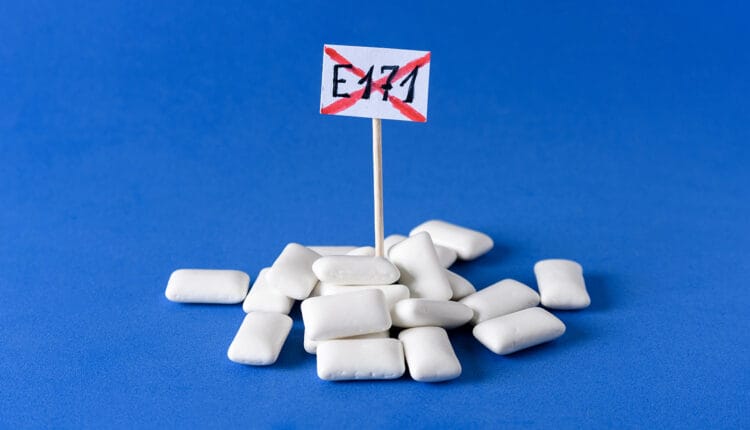 What are Titanium Dioxide Alternatives

When you hear the word natural colors, you think about red, orange, blue, and yellow added to your foods or beverages. However, white color is used in most food applications. Titanium dioxide is the most effective, affordable, and commonly used white color.

The most common application of white color can be toothpaste which we use daily. Also, white color is used in panned candies as well to give them a vibrant look. But with major changes happening in the food industry, especially in European countries, there has been a demand for titanium dioxide replacement.

What is Titanium Dioxide?

Titanium dioxide is a naturally occurring mineral. It gives a bright white color. Its chemical structure allows the food color manufacturers to make it water-soluble and oil-soluble. It can also be formulated into fine pigments that can be ideal for whitening and creating opacity in food and beverage applications.

In March 2020, a request was made by the European Commission to EFSA(European Food Safety Authority). The request was to ban using of titanium dioxide as a food additive.

The decision was made after going through all the available scientific studies and data that proved the genotoxicity of titanium dioxide in the human body. Many studies were non-conclusive. Hence titanium dioxide is not completely banned. Many countries are still using it as a food additive.

Calcium carbonate is one of the alternatives to titanium dioxide. It is a bright white, and micro-crystalline mineral. The particle size of calcium carbonate is larger than TiO2. This makes its structure less effective at reflecting light.

As we know it is not as effective as TiO2 as a whitening agent, but it can be used for applications like coatings on confections and as an opacity agent in soups and sauces. However, it is not ideal for a pH of 3.0. Calcium carbonate is permitted in regions of Europe, the USA, Australia, and New Zealand.

Another titanium dioxide substitute is starch-based options. It is commonly extracted from rice or corn-based. Generally used as an opacity agent in many food applications. It gives a creamy look to the food applications. In some cases, calcium carbonate tends to be yellow during the retort process.

All of the options available in the industry; nothing can be an exact match for titanium dioxide. They can give you similar effects but still do not match the expectations.

TiO2 is an odorless and absorbent mineral. It is used in powder pigments for whitening and opacity for food applications. In some studies, it is considered possibly carcinogenic to humans when inhaled. Thus European countries have banned the use of TiO2 as food additives.

Christi Paul Net Worth: Why She Is Leaving Cnn and Going to…