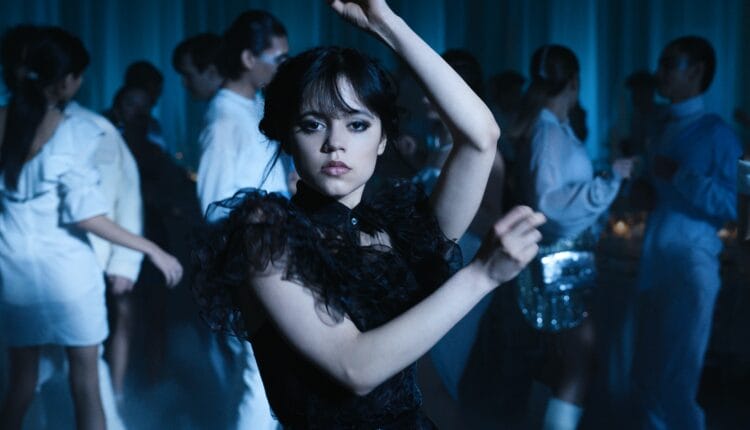 Are you excited to learn more about Wednesday Season 2? Have you watched the first seasons of the series and are waiting for the renewal status of the second one? Netflix’s hit series Wednesday has already marked itself among the top hits of Netflix. The show has been crowned as the Top Netflix show of all time and even scored the top position of the most viewed English series. With all these things, there is no doubt that the series holds massive popularity around the world. As the series reached unexpected heights, the fans started to wonder about the future of the show.

The series deals with 15-year-old Wednesday Addams as she looks around her school and goes through some unexpected mysteries. This series follows her encounter with some old history and learning about serial killing monsters.

With the semester of Nevermore Academy getting end, fans are highly anticipating the release of the second season. The first season was introduced with 8 new episodes which are topping more than 93+ countries. We already know that Netflix won’t be leaving its popular series like this. The OTT platform has remained consistent with the release of their hit shows and with the series leaving any cliffhangers behind, there are high chances for Wednesday Season 2 to happen.

Wednesday Season 2 Cast: Who will be in it? The major highlight of the series is definitely its cast. Just like Stranger Things, which introduced one of the best casts of all time, Wednesday brought some new faces to our lives.

The second season of Wednesday will bring back all the main characters of the series. As Wednesday has not explored the school fully, we know that the story will continue with her. Jenna Ortega is surely coming back with her iconic role as Wednesday.

Along with her, a lot of characters are already alive and we know that the story will explore their life in the upcoming journey.

You may also like: Cast of Annie 1982: 9 Hidden Facts You Must Know Before Watching Annie!

Moreover, we know that in the first season, she almost has a crush on Xavier Thorpe (Percy Hynes White). The fans are hoping that the second season might open a possibility for hints to be with Wednesday since Tyler is already gone.

Is he? After watching the final episodes of the series, we came to learn some of the unexpected things. Even though Tyler was detained, there are chances for him to be back on the picture. Well, if that happens, we are likely to see some exciting things in the show.

There is no updates on the additional characters. The officials have not yet stated if any new character of the series is coming back or not. If there will be any updates regarding the character, we’ll make sure to let you know.

Wednesday Season 2 Plot: What can we Expect with the Storyline? If you have watched the last episodes, you would see how the service has left behind some of the major clues to be followed for the next season. In the last episodes, we saw Wednesday find out that her boyfriend is a monster and he is manipulating and terrorizing the Academy. After finding out all these things, she went hopeless and it breaks his heart.

You may also like: Cast of Arrested Development; Where Are They and What Are They Doing Now?

We later find out that Tyler was being controlled by Ms. Thornhill. In the second season, we are suspecting that the manipulation will continue and Ms. Thornhill will remain the same controller of Tyler. There is another possibility that Tyler might escape from the trap and see the good side of himself.

Moreover, as the first part ends on a cliffhanger, we are sure that Tyler will be back in the picture, the story will revolve around him and there is a huge possibility that he will get back in Wednesday life, either as a friend or a lover.

Or as an enemy? Well, we don’t have any official statement regarding the possible plot of the show. In an interview with Doohan, he explained “I do think he escaped at the end. When I read that on the page, I was so excited. I was like: ‘Come on, don’t be dead, don’t be dead’,” he said.

In the second part, we’ll see whether Tyler will change his personality and manage to escape from his evil teacher.

Doohan continued the conversion and said, “I think he was being controlled by Miss Thornhill,” “Then he had to go manipulate Wednesday to carry out their plan and I think he did a pretty good job with it.” Wednesday is already getting popular among the people. The internet is filled with memes and views regarding the show. The celebrities are appreciating these programs on their accounts and within such a short period, the show has marked itself one of the most prominent series of the internet.

You may also like: Double Shot at Love Season 3: When Was This Reality Show Has Been Filmed?

Both audiences and critics appreciated the series. The IMDb ratings of Wednesday is 8.4/10 while the series grabbed 74% rotten tomatoes. Talking about the audience rating summary of the series is 4.7 stars which has been watched by 10k+ people.

How Fans Reacted to the Show?

Fans were surprised to watch the series as it has everything that makes the audience interesting throughout. The graceful performance of the cast and the appreciable storyline that keeps getting better over and over.

One person said, “Finally, a director who understands the core values of entertainment- making the characters engaging. I like most of Tim Burton’s material and you would never describe me as a goth, quite the opposite! That’s what makes him so talented; his ability to draw a wider audience into his macabre world. Anyway, for the series: it’s hard to put into a box, but I suppose it’s primarily aimed at late teens to early twenties, but with a broader appeal given that I’m mid thirties and my wife and I, and our friends watch it too.”

While another added, “The writers apply a simple adaption of the original Addams family tale that explores Wednesday’s schooling at a unique school for misfits which includes those with supernatural powers. Whilst there she goes on a series of adventures whilst trying to unravel the mystery of a monster loose in the woods, visions from an ancestor, as well as several other mini story lines that weave together to build a bigger reveal. Again, this would be the opposite of the sort of thing I’d find engaging, but it’s done fantastically. The Director keeps the story building simple, the character arcs endearing and the payoffs satisfying. The casting is excellent, and such is the level of affection built for all characters you actually find yourself fond of a disembodied hand. Cracking stuff, well worthy of your time.”

The Animal Movie: What We Know So Far About This Film?