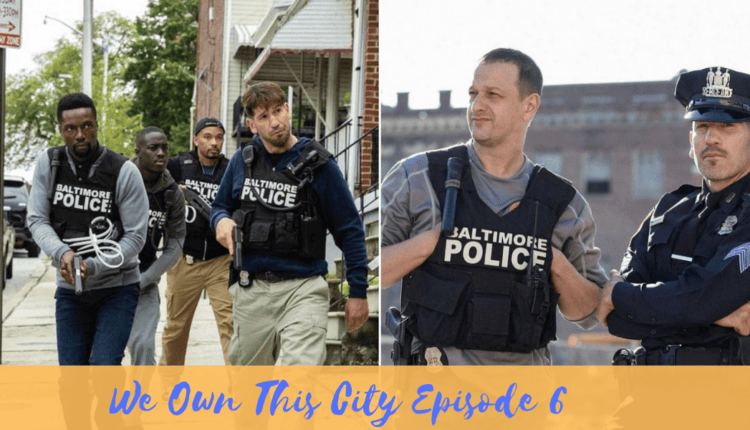 We Own This City Episode 6: Finale Recap, Ending Explained And Many More!

The saga of the Gun Trace Task Force comes to a close in the concluding episode of “We Own This City,” which is named “Chapter Six.” During this episode, some members of the elite plainclothes squad face harsh penalties from the court for their crimes. In the meantime, the Baltimore Police Department is in for some significant fallout in the wake of the signing of the consent agreement and the convictions of its officers.

In conclusion, Baltimore is preparing for a new era of police by implementing a number of reforms; nonetheless, the risks of sliding into past patterns are still widespread. If you want to get caught up on what happened in the episode and how it ended, don’t worry; we’ve got you covered! Find out all you need to know about the conclusion of the sixth episode of “We Own This City” right now! SPOILERS AHEAD!

We Own This City Episode 6 Recap 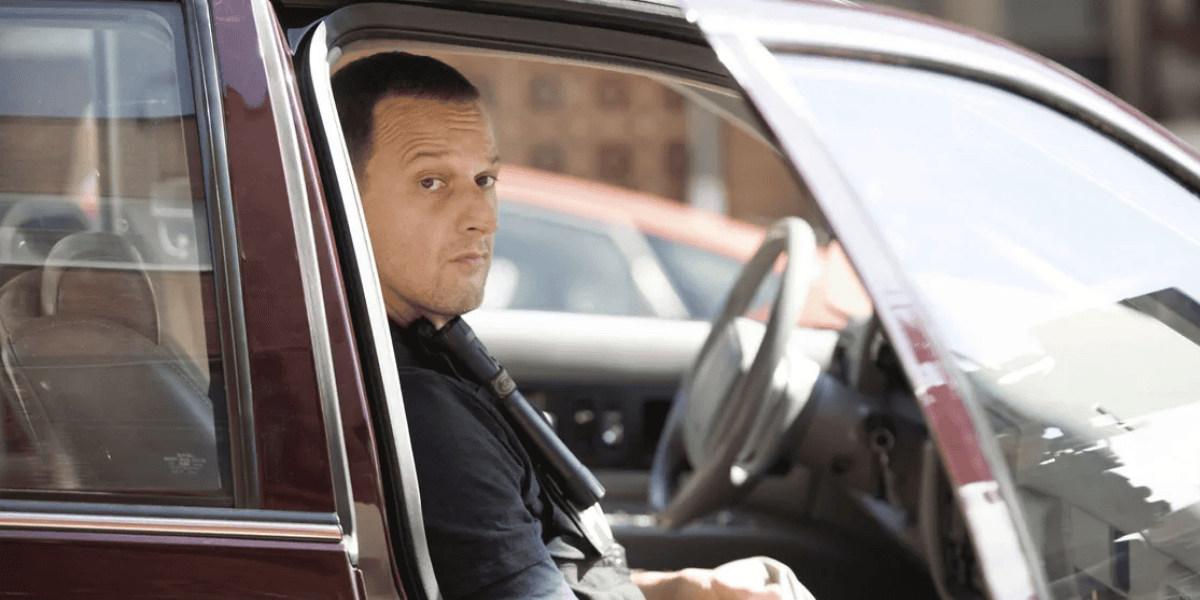 The sixth and last episode of “We Own This City,” which is titled “Chapter Six,” begins with FBI Agent Erika Jensen and John Sieracki questioning Wayne Jenkins about his role in the Gun Trace Task Force and its corruption. This episode will be the series finale.

Jenkins, on the other hand, is adamant in his assertion that he is not a dirty cop and that he is innocent of any crime. However, when Jensen tells Jenkins that collaborating with the FBI and offering vital information to the police could help him earn a reduced sentence, Jenkins becomes more receptive to the idea.

Additionally, Jenkins’ coworkers have come out against him, and multiple witness testimony demonstrate that Jenkins was involved in corrupt and unlawful conduct while he was a police officer. Despite this, Jenkins continues to deny any responsibility for the inappropriate actions.

After some time has passed, Jensen and Sieracki discuss the Umar Burley investigation with Detective Sean Suiter. The two individuals are adamant that Suiter should testify in court and reveal the identity of the person who put the gun in Burley’s pocket.

After learning that he is unable to conceal the fact that he is aware of plainclothes police officers collecting money from citizens, Suiter starts to worry that he will come out on the losing end. While this is going on, Momodu “G Money” Gondo, Jemell Rayam, and Maurice Ward are continuously providing the FBI with vital information. They expose Jenkins’ association with Donald Stepp, who assisted the police officer in selling seized drugs. Jenkins had a relationship with Stepp.

Due to the acute lack of funding, there is cause for concern at the Boston Police Department regarding the department’s ability to comply with the consent order. The Mayor categorically denies Commissioner Kevin Davis’ request for additional funding from the budget, which he submitted earlier.

Therefore, in order to make up for the money that is required for the changes, he is going to have to reduce the salary of his officers. The FBI has taken Stepp into custody and is also conducting an investigation into Keith Gladstone in relation to the Demetric Simon case. Incriminating information on Jenkins’ activities is disclosed by Stepp and Gladstone respectively.

As a result of the Department of Justice’s (DOJ) incapacity to combat corruption and crime in the city, Nicole Steele has decided to retire from her job. While the GTTF cops are getting ready for their sentencing, Sean Suiter passes away only one day before he is scheduled to testify in front of the grand jury.

In the Final Episode of We Own This City, What Were the Gttf Officers Sentenced to?

As we get closer and closer to the end of the episode, the cracks in the structure and strategy that the Baltimore Police Department uses to suppress crime become increasingly obvious. As a consequence of this, it is of the utmost importance that the GTTF officers reserve punitive sentence that will act as a guiding light toward more effective and constitutional policing in the city.

In the end, Jenkins enters a guilty plea to some of the allegations that have been brought against him, but he continues to insist that he was not the one who planted the drugs on Umar Burley. On the other hand, Jenkins admits that he filed a fraudulent report regarding the incident.

Jenkins expresses regret for his actions and agrees to embrace the consequences of his actions. As a result of his uncooperative behaviour during the investigation, he has been given a sentence of twenty-five years in jail. 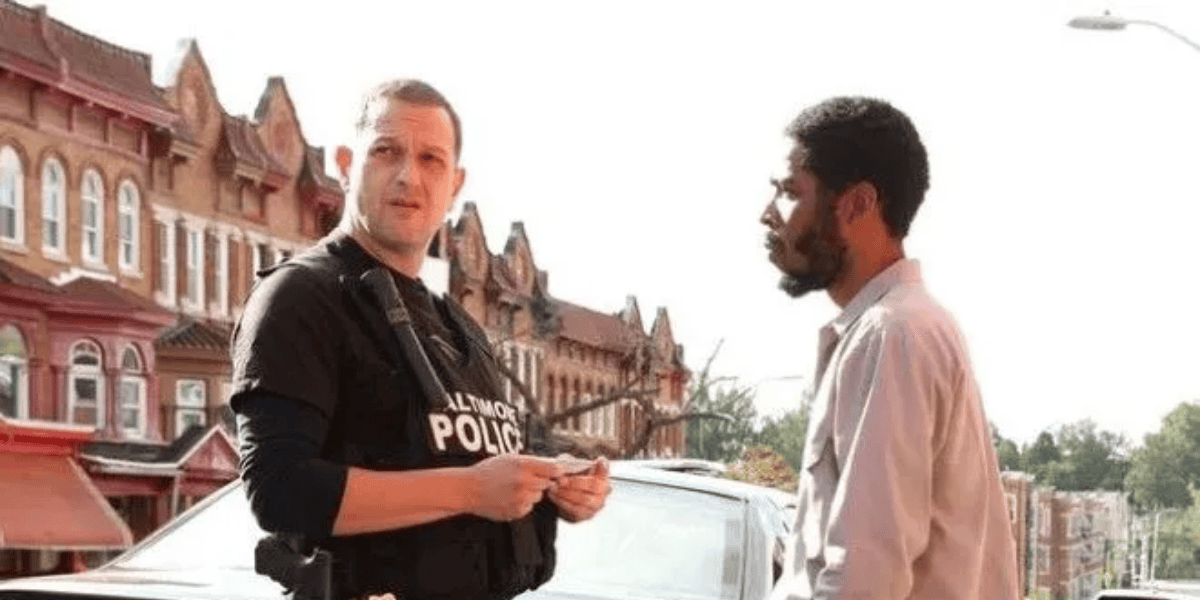 In the meantime, Gondo and Rayam each get a sentence of ten and twelve years in jail, respectively. Ward and Hendrix plead guilty in court and cooperate with the investigation. As a result, each of the officers will serve a term of seven years in prison.

Additionally, Thomas Allers does not comply with the federal inquiry, which results in a term of 15 years in prison for him. Both Daniel Hersl and Marcus Taylor have decided against entering not guilty pleas, therefore they will be tried in federal court.

They are found guilty and will each serve 18 years in prison as a consequence. After the officers were sentenced, Commissioner Davis decided to disband the plainclothes unit and was subsequently terminated from his position as a result of this decision.

In the coming weeks and months, a number of high-ranking police as well as the Mayor are expected to be implicated in corruption investigations. The plainclothes unit has been brought back into service now that Darryl DeSousa is the commissioner.

However, DeSousa is forced to resign just four months into his tenure after being convicted for federal tax evasion. Mayor Cathrine Pugh is also charged with tax evasion and fraud, leading to a 3-year prison sentence. These incidents shine an even brighter light on how law and order are now failing in the city.

The assignment to track down illegal substances and firearms that Jenkins oversaw in the first episode is brought up again at the very end of this one. Their search at a house leads to Jenkins pocketing a stash of money. These scenes are contrasted with shots of Jenkins while he is incarcerated. As Jenkins readjusts to life behind bars, he thinks about the decisions he made when he was a police officer.

In a flashback, we see Jenkins delivering a speech to a group of cops, which includes numerous officers he would later collaborate with as a member of the GTTF. When Jenkins is finished speaking, the officers give him a hearty round of applause because they have bought into his way of thinking.

The final shot of the show depicts Jenkins doing time in prison, prompting viewers to contemplate the far-reaching effects that the GTTF corruption scandal has had on the city of Baltimore.

Nicole Kidman Net Worth: Find Out All About the Star