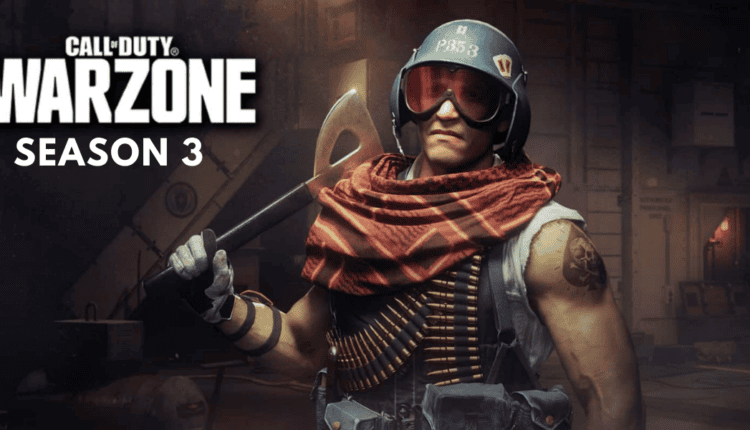 A massive amount of material is expected to be added to Warzone Season 3 or Classified Arms, but when will the update be released and at what time can players expect to see it?

As promised, Warzone Season 3 is set to bring a large quantity of material to gamers, and it’s safe to say that the Warzone community is on the verge of losing their collective minds.

Call of Duty: Vanguard and its free-to-play battle royale equivalent, Warzone, are poised to get a fresh season of content.

Season 3 of both games is about to begin after a successful Season 2 that saw the Rebirth Island map reworked in the middle of the season. New multiplayer maps have been added to Vanguard and Warzone this season, as well as a new cross-game Battle Pass that contains new Operators, weapons, and other rewards. 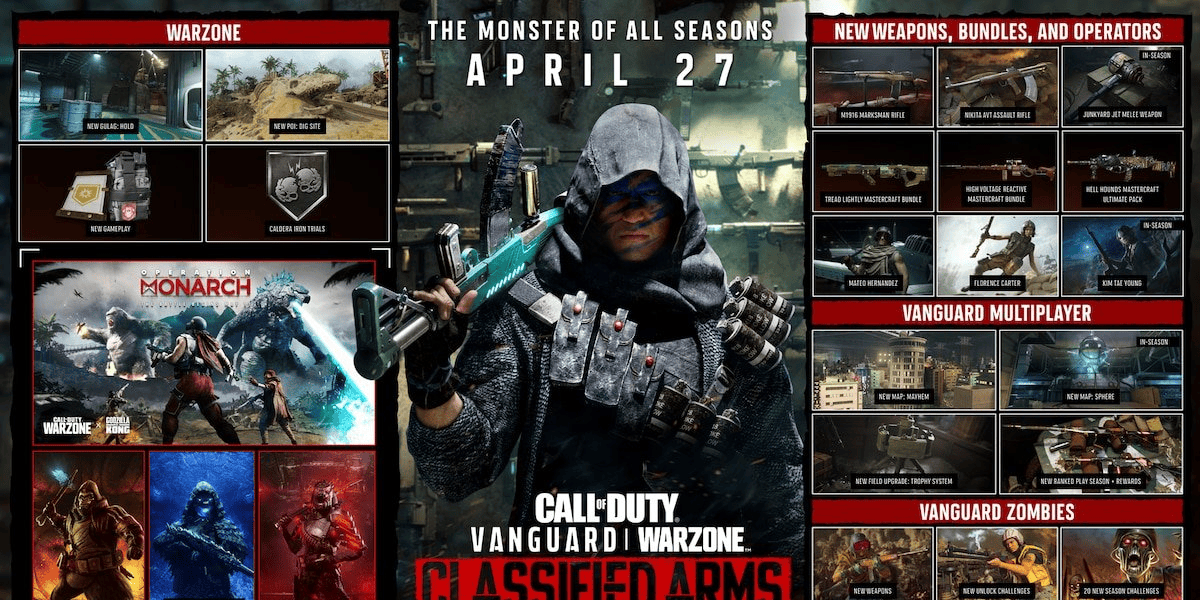 In addition to the Operation Monarch King Kong and Godzilla event, many new weapons, new points of interest on Caldera, and significant balance adjustments, Raven Software is aiming to hit the ball out of the park with Classified Arms.

Of course, with so much to look forward to, it’s critical that you can get started on the update as soon as possible to avoid falling behind. Taking this approach will allow you to begin levelling up in the new Battle Pass and get an advantage over your opponents.

In order to do so, you’ll need to know exactly when the Warzone Season 3 update will go live, which fortunately, we’ve got you covered on that front.

It is important to note that the update will arrive in Warzone on April 27 at 9 a.m. Pacific Time (12 p.m. Eastern Time/5 p.m. UK), so make a note of the date and time on your calendar.

Keep in mind, that the patch will likely require a hefty download size, so it may take you quite a long time to install the update.

In Season 3, as you can see from the images above, King Kong and Godzilla will both be visiting Caldera, however the special monster event Operation Monarch will not begin until May 11th, which is a few of weeks into the season.

There will also be a small number of new weapons that will be unlocked either as part of the Battle Pass in the free tiers, or through in-game challenges—or, of course, through the Item Shop—in addition to the existing weapons. These are the ones: 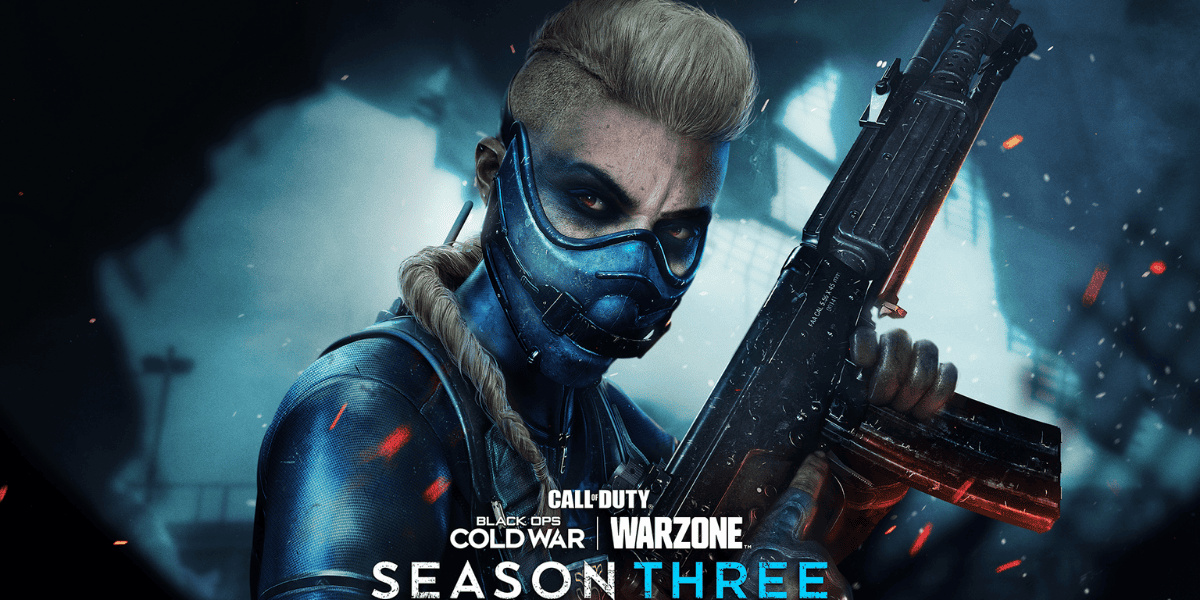 It Will Get Two New Maps:

Mayhem (Launch) is a three-lane warehouse turned into a mock city for movies. Activision calls it a “1950s movie set.” Was WWII longer than we thought?

Sphere (In-Season) is a hidden weapons lab that focuses on close-quarters combat. It’s on the small side.

Warzone is making some changes to the map on Caldera, such as:

Fortified Peak is a new area that expands a once-empty mountain top.

Runway Rebuilt with a lot of new buildings in it.

Smaller changes to the map have been made, such as giant skulls of long-dead monsters that have been unearthed.

New Gulag, Hold, was made by Toys for Bob. The new 1v1 map takes place inside a ship that is moored off the coast of Caldera. More open than a lot of other Gulag fields.

Operation Monarch, which starts on May 11th, isn’t the only thing that will happen in Season 3. Until then, see you in the War Zone!