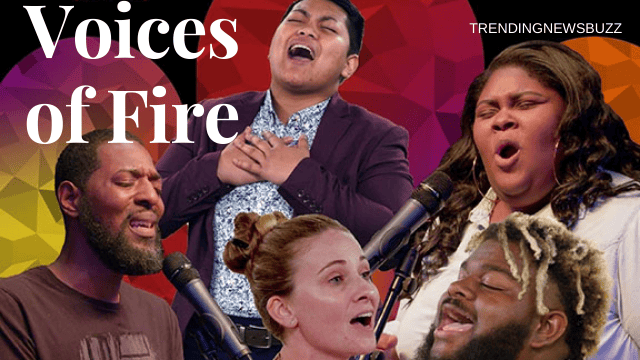 Voices of Fire Season 1 is a gospel musical documentary series. It follows Pharrell Williams, his uncle Bishop Ezekiel Williams, and his crew as they journey to Pharrell’s homeland of Hampton Roads, Virginia, in search of outstanding singers to form a world-class gospel choir. The judges are mostly searching for energy, emotions, passion, and depth in the performers. The panel selects 25 sopranos, 25 tenors, and 25 altos after multiple auditions. After forming the choir, they set out to find the ideal location. Many members of the choir are removed during rehearsal, and those who make the final cut prepare for their big appearance. 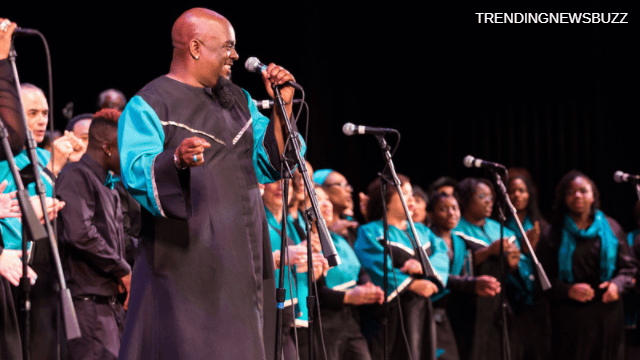 Bishop Ezekiel William had a vision to put together the greatest 75-member gospel choir the country has ever seen. The goal that bishop had was not just to select the greatest voices, but also to make the choir as varied as possible, with individuals who, as he explains, may not hear one of his sermons but may be impacted by the power of song. So finally he was able to pull it off with Season 1.

Netflix had just published a musical documentary titled, Voices of Fire, which has all viewers glued to the outstanding music. Since then, fans have been wondering if there would be a Season 2 of Voices of Fire. The show shines a spotlight on brilliant vocalists vying for a spot in a world-class gospel choir. The unscripted series is similar to other music competitions that dominate television and the internet. The show’s belief and inspiration are what set it unique from the rest of the series. The first season received rave reviews. So, what’s going on with Voice of Fire Season 2? Here are the specifics:

Plot of the Show: Voices of Fire

The opening shot is of Faith World Ministries in Norfolk, Virginia. “I’ve always had a dream to take gospel music to another dimension, and produce something like the nation has never seen before,” says the church’s bishop, Bishop Ezekiel Williams. Out of 1200 applications, 300 are called to the church for trials in order to reduce the number of members to 75. Ezekiel is accompanied for the first audition round by Peggy Britt, a local gospel star and voice teacher, music director Larry George, and choir leader Patrick Riddick, but not by Pharrell.

In the first episode, we meet some of the hopefuls, including a girl born with only one ear. A 42-year-old who witnessed his mother’s murder when he was ten. A woman who is returning to singing after caring for her ailing husband and father. And a man who lost his arm as a child and was a successful backup singer for a number of years before stepping away from singing full-time. Another singer, 33, who lives with her parents, suffers from acute social anxiety but is at ease in front of a microphone.

Read also: My Unorthodox Life Season 2 Returns Back Countering All Its Critism

We also learn more about Britt, George, and Riddick, as well as what they’re seeking for. They enjoy vibrato, which Riddick says is on the extreme end of the spectrum for a choir singer. Williams is on the hunt for the “unicorn,” a performer whose voice astounds them but whose talent comes from an unexpected place. In some circumstances, the judges simply need to hear a few notes from the singer. In order to realize that he or she will be in the choir.

The finalists who will be seen at the conclusion includes Lauren Hendrick, Elana Rose Lapetina, Marcus Richardson, Damon “DJ” Parker, Daniel Cuenca, and Kieth Ball. The first season concludes with this choir performing in front of their church in Norfolk, Virginia. The similar format may be expected for Voices of Fire Season 2. The second season should attract more great singers who will compete to reach the finals and be a member of the amazing choir. 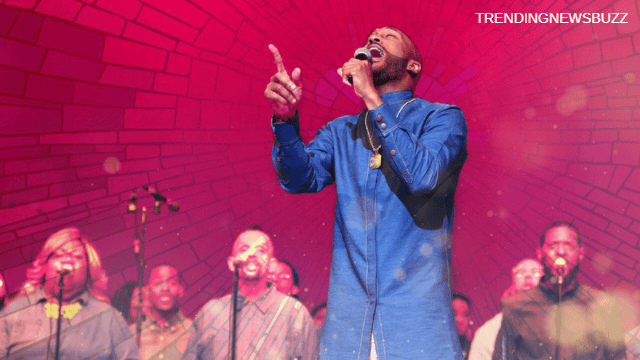 Who Will Serve as Judges?

Bishop Ezekiel Williams served as the primary judge in the first season. He has served in the ministry for almost 30 years. His ultimate objective was to gather together a varied group of people to form an inspirational chorus. Music director Larry George, Vocal Coach Peggy Britt, and Choirmaster Patrick Riddick will join him as judges for the show. Pharrell Williams, the well-known musician and rapper, participated as a guest judge on the show. Viewers may expect to see all of these familiar personalities return as judges. Pharrell must continue to appear as a special guest on the show.

Our Understanding of the Show: Voices of Fire

It’s like American Idol, but it takes place in a church. Or the post-blind rounds of The Voice, where Pharrell used to be a coach. Even though we aren’t churchgoers, we respect the power of a great gospel choir, so we were curious to see what Ezekiel and Pharrell Williams might come up with during the inaugural season of Voices Of Fire. However, we were saddened to learn that the first episode was nothing more than a church-based audition round, which proceeded in much the same way as those seen on shows like Idol or America’s Got Talent.

Our Take From the Show: Voices of Fire

Only a handful of the 300 persons who auditioned that day actually sang, many more were presented in a clip montage while Ezekiel Williams discussed his aspirations for this super choir. Surprisingly, despite Williams’ desire for a varied choir, practically all of the individuals mentioned were African-American. Though everyone’s tales were fascinating and their voices were fantastic, we hoped to see more of the diversity Williams mentioned.

Furthermore, we’re not sure what Pharrell, who along with his uncle Ezekiel, is an executive producer on the show will bring to the table. Is he going to bring in folks who didn’t show up for the audition? Is he going to assist them narrow down who they want into a 75-man field? You’d think his enormous background as a musician and producer would come in handy here, but he didn’t even show up for the first audition.

Read also: The Falcon And The Winter Soldier Season 2

Another thing we didn’t see were candidates who didn’t make the cut and explanations for why. Of course, it’s a matter of taste, but we always enjoy it when judges/coaches on other singing competitions offer constructive feedback and explain why someone didn’t make the cut. We got it for maybe one potential here, but that prospect might reach the final 75 regardless. Perhaps we’ll see more of it as time goes on. Or maybe we won’t; Ezekiel Williams probably wants the show to be inspirational more than anything else.

When Will Voices of Fire Season 2 Be Available?

Voices of Fire‘s first season will air on November 20, 2020. The show’s six episodes were all published on the same day. Because it hasn’t been long since the first season aired, it’s too soon to speculate on whether or not Voices of Fire Season 2 will be released. Netflix often takes some time before renewing new series.

Having said that, Phil Thornton, senior vice president and general manager of RCA’s inspiration and record label, had nothing but positive things to say about the concert. He has collaborated on gospel songs with the Voices of Fire choir. Thornton is certain that Netflix will renew the show for a second season. He thinks that the music is so addictive that he thinks of Voices of Fire Season 2. 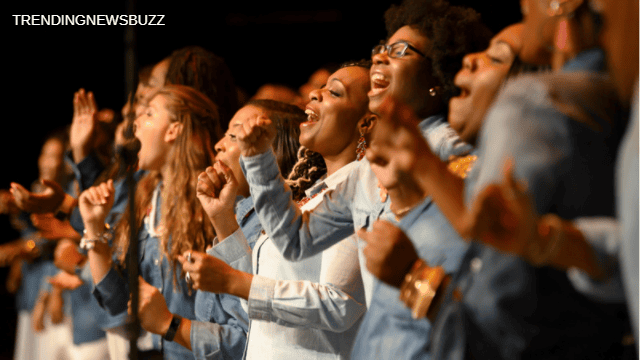 Lauren Hendrick of Chesapeake, Virginia, blew us away with her talent. Not only does she have an outstanding voice, she’s the one who made it on only a few notes, but she’s also a pretty damn excellent artist. And she accomplishes it all despite struggling with social anxiety. We’re not sure why video of active auditions is being piped into the waiting room. Can’t they hear it? Will not it make them even more worried than they already are? Still, we recommend that you watch it live.

Voices Of Fire, on the other hand, isn’t as riveting a watch as we had hoped. However, it also demonstrates the incredible skill of many great vocalists. Yes, the backstories sometimes drag things down, but we’re excited to watch the program progress through the audition stages and see what this choir can achieve once their voices blend together.

A Whisker Away: Stream It or Skip It