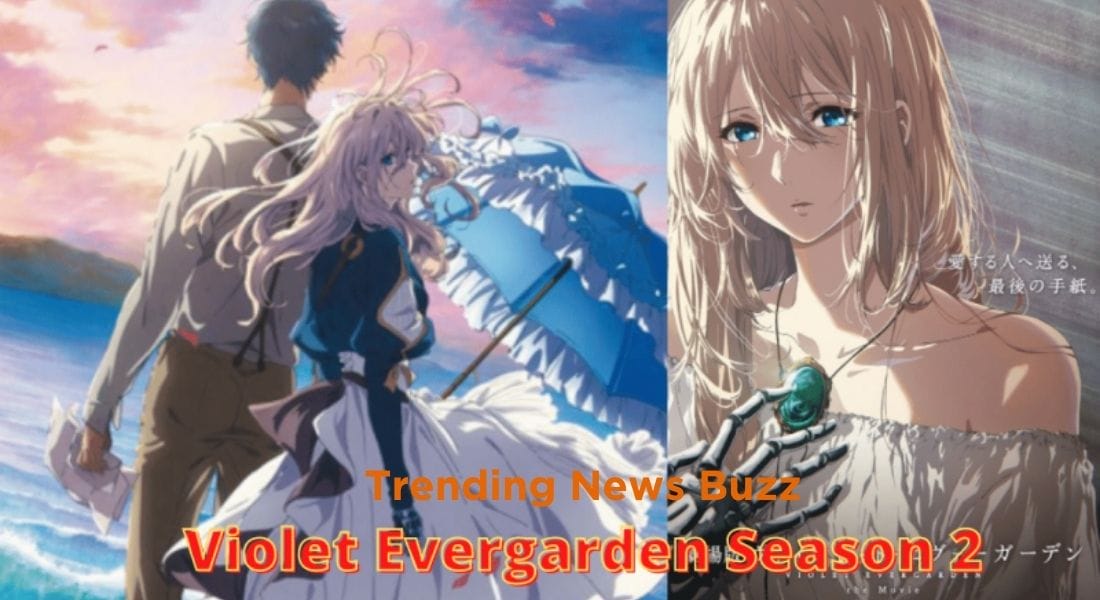 Is Violet Evergarden anime renewed for season 2? That’s the exact question on every fans’ mind.

Violet Evergarden Season 1 had 13 episodes & concluded on April 5, 2018. At that time, everyone thought season 1 was over.

However, it wasn’t. Then 3 months later, on July 5, 2018, Kyoto animation released the 14th episode as an individual episode. Fast forward to September 6, 2019, the anime film Violet Evergarden: Eternity & the Auto Memory Doll was released under the Violet Evergarden franchise.

Now, after almost 2.5 years later, where is Violet Evergarden season 2? Is it coming or not?

Well, let me break it to you. As of now, it isn’t coming. There is an announcement from the official sources. I’ve seen many sources claiming that season 2 will arrive in 2021 or 2022. Well, to be honest, these are nothing but some baseless rumors.

So, don’t get your hopes up. In the end, you’ll be disappointed. 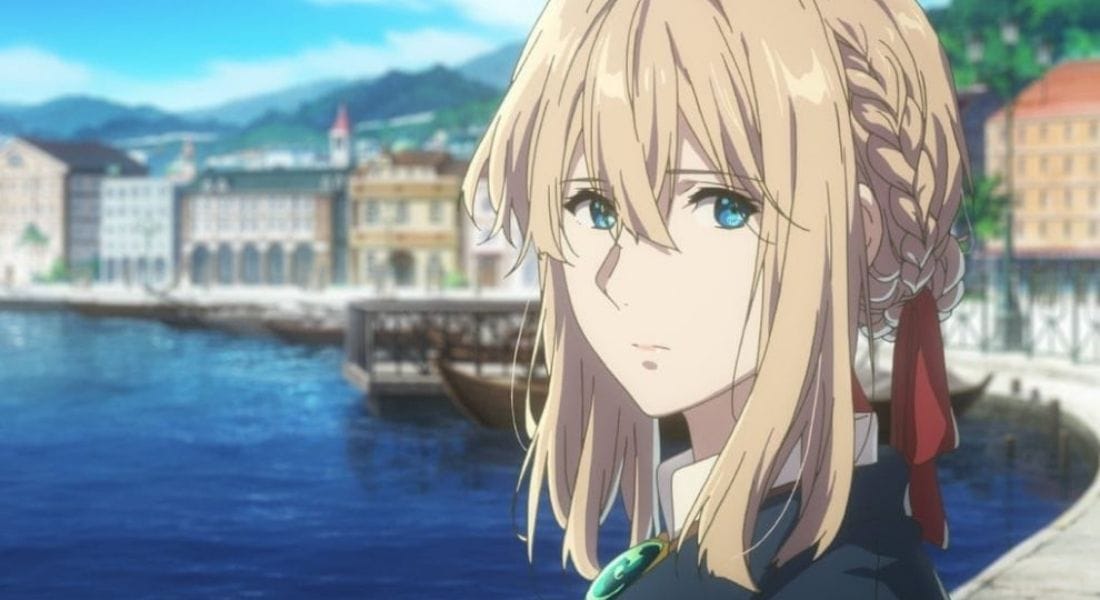 Later, whoever needed her service, hired her instantly. Now, the war is over. She’s no longer a soldier. So, to find her life’s purpose, she embarks on a journey to reintegrate back into society.  In the process, she needs to understand the last words (I Love You) her mentor & guardian Major Gilbert uttered to her.

Suggested By Me: When Is The Orphan 2 Premiering?

This kind of ending Violet Evergarden Season 1 had, was expected. It ended with completing one of the main storylines of the anime show – signing the peace treaty.

When the anime show was in its initial episodes, there was a conflict between different countries in signing the peace treaty. And as expected, all the cards fell at the right place in the finale episode & just like that, and the conflict was over.

Then to honor this event, postal services proceed with an Air Show. In the Air Show, an aircraft will shower down letters on the country. Well, to be honest, nobody cares how the air show went.

See More: When Is The Orphan 2 Premiering?

The only thing that mattered to me was the letter.

A letter that Violet used to express her true feelings for Gilbert. This part of the anime was brilliant. I desperately wanted to see this scene with my eyes & by the end of season 1, we got it.

When she expressed her feelings, it felt like all the lessons she learned from the first episode to the final episode led her to the beautiful final moments. By the end of the anime, she understood the hidden meaning of letters, the value of letting someone go & how falling in love actually feels like.

This is what is she wrote in the letter:

It was truly a great moment for me to find out the content of the letter she used to confess her love. This clearly shows how she evolved throughout the first season as she learned to express her love for him. Even though Gilbert is dead, he still lives in her heart.

Finally, by the end of season 1, she understood Gilbert’s last words (I Love You).

In the anime show’s final moments, Violet can be seen arriving at the doorstep of her new client & greeting herself. Just when she raises her head, she has a fainted smile on her face & starts blushing.

Right after this moment, I’ve seen countless theories on the web stating ‘Gilber is Alive.’ Now, the question remains, Is he Alive? Well, I believe if it were Gilbert, her reaction would be a little more pronounced.

There’s one more thing. If you look back, even when Gilbert was shot multiple times, he was alive when Violet left him. Later, Dietfried confirms Gilbert’s death. However, it is a matter of consideration that his body was never found after the war.

The only thing left from the battlefield was his dog tags. So, with no proper evidence of his death, it’s possible that we can see him in the Violet Evergarden Season 2(if it happens).

You Also Check It: Will There Be A Season 5 Of Snowfall? 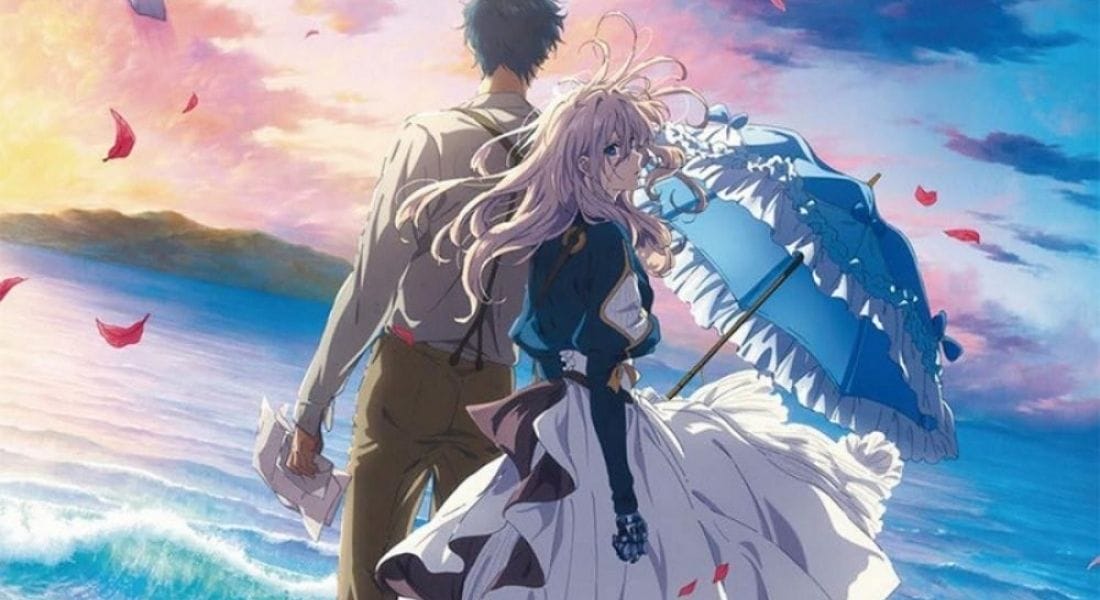 Will there be Season 2 of Violet Evergarden?

There’s no official update from the official sources. So, I think there’ll be no season 2.

Is Violet Evergarden based on a true story?

Showrunners haven’t said a word on Violet Evergarden being inspired by a true story. So, once again, I would say, NO.

Does Violet Evergarden have a happy ending?

I won’t say the ending is exactly happy. Instead, it’s a hopeful & joyful ending where the main leads’ character arc comes to an end.

Who does Violet Evergarden end up with?

The two Violet Evergarden movies are a spin-off to the original series. So, there’s no mention of whether Gilbert is alive or dead in the film.

If Violet Evergarden Season 2 ever happens, then going forward, I don’t think Gilbert’s death was necessary for Violet’s arc. It’s like the relationship between Gendo and Rei from Neon Genesis Evangelion.

On the surface, it looked perfectly fine. However, in reality, Rei always needs Gendo’s orders to justify its existence. Hence, no will of his own.

And at the end of Neon Genesis Evangelion & End of Evangelion, Rei’s characters evolve to the extent that she disobeyed Gendo’s orders. Hence, he develops a will of his own. That’s all for now. I’ll keep you up-to-date with everything that’s going around Violet Evergarden Season 2.