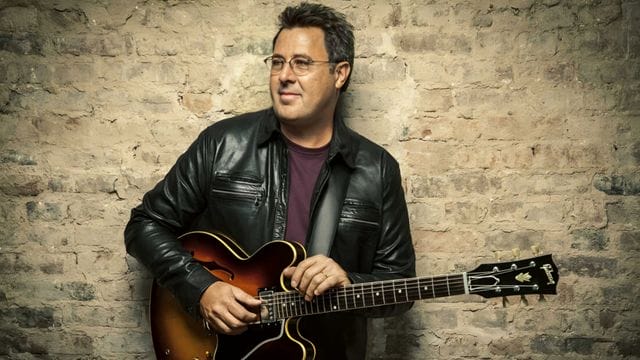 Vince Gill Net Worth: Get to Know More About This Music Artist?

Vincent Grant Gill commonly known as Vince Gill was born on 12th April 1957 and he is a country music singer, songwriter as well as musician from the United States. Vince Gill net worth is estimated to be around $30 million.

He received commercial success and renown as the country rock band Pure Prairie League leader in the 1970s and also as a solo artist in early 1983, where his talent as a vocalist and musician have placed him in a huge demand as a guest performer as well as duet partner.

Vince has launched 20 studio albums and charted over 40 singles on the Billboard Hot Country Songs chart. He has sold over 26 million CDs. Gill has also received 18 country Music association awards which include two Entertainer of the Year and five Male Vocalist awards. 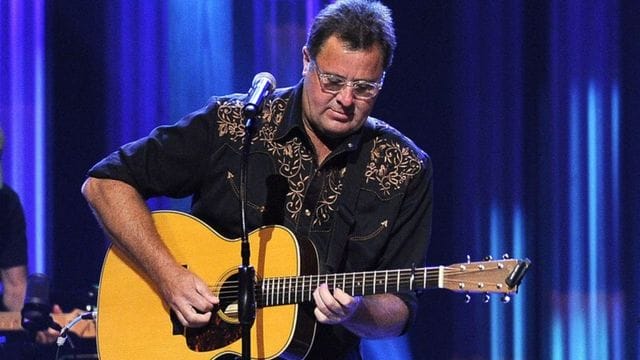 Vince Gill has also received 22 Grammy Awards which is more than any male country music artist as of September 2022. And In 2007, he was inducted into the Country Music Hall Of Fame.

In 2016, Joe Walsh of the Eagles inducted Gill into the Guitar Centre Rock wall. In 2017, the eagles hired him along with Deacon Frey to replace the late Glenn Frey.

What is the Early Life of Vince Gill?

Vince was born in Norman, Oklahoma. His maternal half elder brother is Bob Coen. His fathers name is J. Stanley Gill and he was a lawyer as well as administrative law judge. His father also part time sang in a country music band and also pushed Vince to pursue a music career.

Gill’s father motivated him to learn and play banjo as well as guitar and he truly did it because he learnt bass, mandolin. Dobro and fiddle along with banjo and guitar.

Vince was admitted in Nothwest Classen High School in Oklahoma city. There he was a golf team member as well and sang bluegrass in the band Mountain Smoke which helped him to gain a loyal local following.

In 1975, after graduation from high school, he travelled to Louisville, Kentucky for joining the band Bluegrass Alliance. Followed by this, he briefly joined Ricky Skaggs’ Boone Creek Band before heading to Los Angeles for joining Sundance which is a bluegrass band led by violinist Byron Berline.

Read Also – What is Johnny Depp Net Worth? Everything You Should Know About It

What is the Career History of Vince Gill?

Vince had his national debut with the country rock band Pure Prairie League in 1979 featuring on their album Cant hold Back. He was the primary singer of their song Let Me Love You Tonight. Mark Knopfler once upon a time urged Gill to join Dire Straits but he refused it.

In 1981, Gill departed Pure Prairie to join Cherry Bombs which is a stage band that supported Rodney Crowell. In this band he collaborated with Tony Brown and Emory Gordy Jr., who had produced plenty of his records. 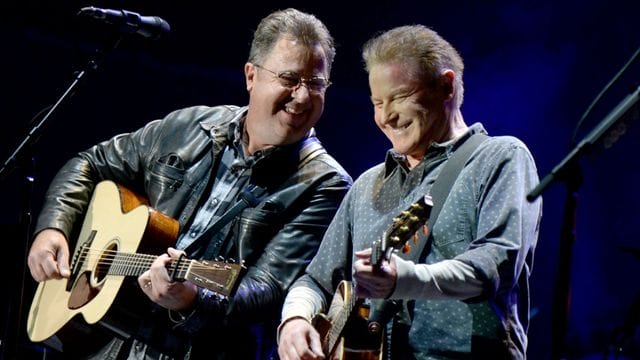 He created a bluegrass album Here Today with David Grisman and pals before getting a solo deal with RCA with who Gill had an incredible success and it includes the singles like Victim of Life’s Circumstance which was US country top 40 album.

He also made albums like If it weren’t for him, Oklahoma Borderline and Cinderella.

What is the Net Worth of Vince Gill?

Vince Gill is one of the famous and wealthiest country singers.  According to Forbes and Business Insider Vince Gill net worth is estimated to be around $30 million. He has gained this massive net worth via his incredible music career.

Some Favourite Quotes From Vince Gill-

“Success is always temporary. When all is said and one, the only thing you’ll have left is your character.” – Vince Gill

“It is not that I don’t like contemporary country music because I do. I love it. I have recorded a lot and have had great success recording records that have not been very traditional country records.”-  Vince Gill

“The real beauty of it – key to my life was playing key chords on a banjo. For somebody else it may be a golf club that mom and dad put in their hands or a baseball or ballet lessons. Real gift to give to me and put it in writing.” – Vince Gill 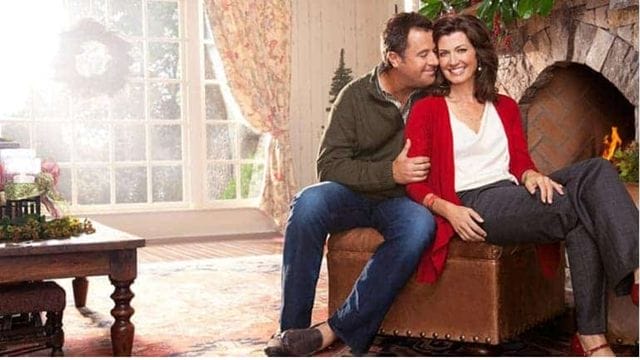 “I can sit and analyze everything and beat myself up. And say you don’t quite sing as good as you used to, you’re writing better songs maybe than you used to, but to me it’s just the journey.”- Vince Gill

“It is not fun singing about losing somebody like that, but at the same time it was easy to write because the memories were so real and vivid and so much a part of who I am.”- Vince Gill

“Yes, the companionship is amazing. You know, you can get that physical attraction that happens is great, but then there’s an awful lot of time and the rest of the day that you have to fill.” – Vince Gill

Does Vince Gill Served in the Military?

Yes, this country legend served in the United States Marine Corps. This is really a touching tribute.

Read Also – What is the Net Worth of Taylor Swift and Why is He Re-recording Her Albums?

What is Vince Gill Doing Now?

Currently, Vince Gill is travelling in two countries and has 37 scheduled performances. Their next tour stop will be at Charlotte’s Ovens Auditorium. Then another stop will be at Tysons Corner’s Capital One hall.

Read Also – How Much Auto Insurance Coverage Do High Net Worth Individuals Need?