Facebook launched a new application called Venue. It is used for live event broadcasts and conferences. Besides, it is hoping to bring the extreme fans and commentators in one place through both Android and iOS platforms. According to the creators, the Venue will provide a new interactive experience to the users while in live streams.

The idea of an app like this came out after the increase in live streams during the pandemic. Twitter already has a same feature in its natural application environment. It can provide a second screen experience during live streams. Moreover, this makes Twitter’s feature more special because it never needs an extra app to do such things. 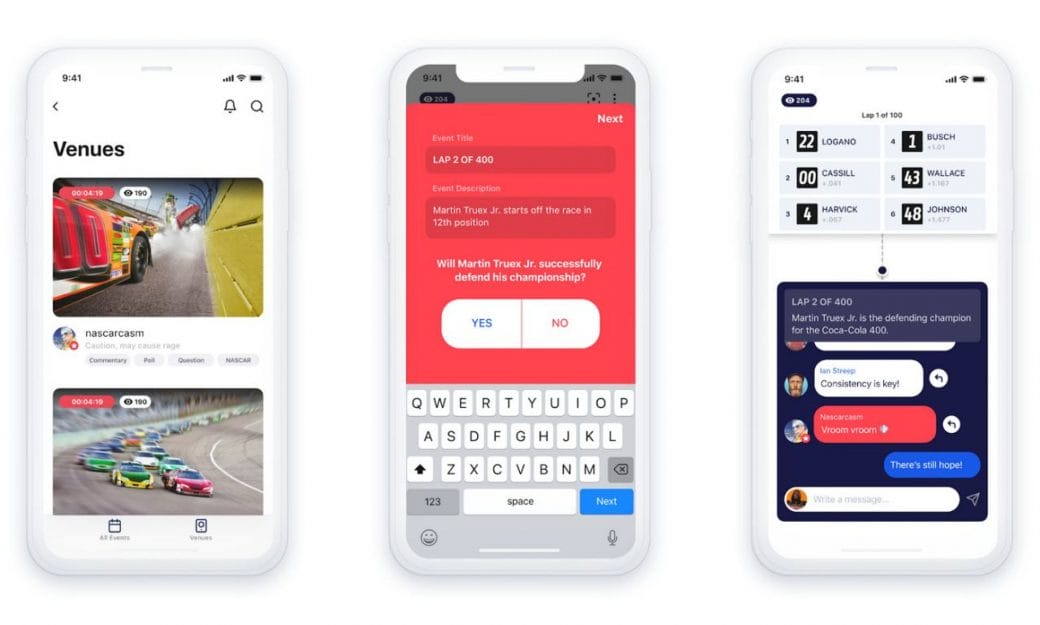 The app released today mainly targetted to NASCAR races. NASCAR will be one of the events which are returning to the events. Beyond all, it is a problem with the live streams because of the lack of platforms that are able to host a large amount of audience.

After all, the app is not only about live streams. It can also be used by the people to openly talk to others about things while they are happening. Beyond all, users can engage with analysts, journalists, etc in real-time in a form of notification. Those notifications are named as Moments

Also, Read  Supernatural Season 15: How Long For The Series Finale To Air, All Details, What To Expect