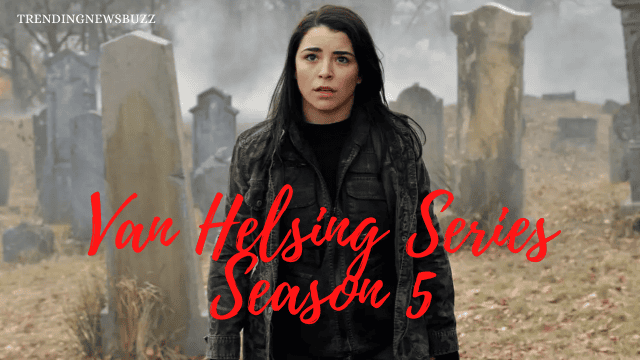 Almost all Netflix regions around the world are now streaming all five seasons of Van Helsing across the world. Where the United States being the only region that has yet to receive the fifth and final season. The good news is that, after a brief hiatus, the fifth and final season will be available on Netflix to the US in April 2022. The fantasy horror drama Van Helsing is an exceptional endeavor that many subscribers adore. It is no surprise that there is a lot of talk about Van Helsing series season 5. Particularly related to when it will be available on Netflix.

There are numerous reasons why the show based on Zenescope Entertainment’s Helsing graphic novel series should appeal to fans of The Walking Dead, The Umbrella Academy, and Wynonna Earp. Four seasons of the post-apocalyptic set series following Abraham Van Helsing’s descendant Vanessa Van Helsing. She is who attempts to thwart the efforts of blood-sucking vampires to wipe out civilization. This is done after the sunlight is blocked out by an ash blanket covering the skies. 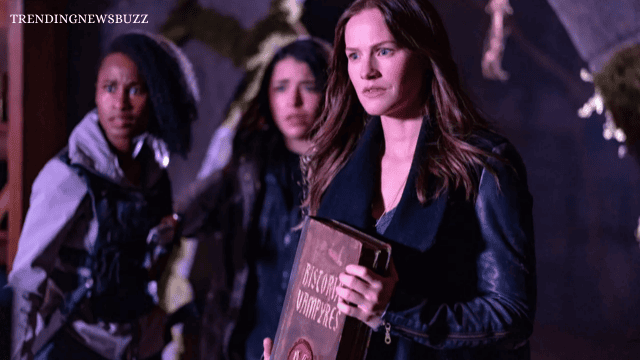 It’s no surprise that after the events of the fourth season. Initiation for new entries in the series would soar to an all-time high with fans and subscribers. The announcement that Van Helsing series season 5 would take place but would be the final chapter was bittersweet. Neil LaBute‘s fantasy horror series has seen Kelly Overton play the lead role of Vanessa Van Helsing. As she kicks vampire a$$ season after season.

When Will Van Helsing Series Season 5 Be Available on Netflix in the United States?

With Van Helsing now available on Netflix in all regions outside of the United States. You may be wondering if it will ever be available in your country. The answer is yes, but you’ll have to wait a bit longer. In the United States, all content licensed by Netflix from NBC, USANetwork, or Syfy arrives on a set schedule. It allows us to predict when season 5 will be available on Netflix.

Currently, all 13 episodes of Van Helsing series season 5 are scheduled to premiere on Netflix US on April 16th, 2022. This is because Netflix licenses the show a year after the first episode airs, which in this case was April 16th, 2021. The same was true for all previous seasons, such as season 4. It was made available on Netflix on September 27th, 2020 after premiering on September 27th, 2019.

Syfy announced in December 2019 that the series would be renewed for a fifth and final season. The fifth season of Van Helsing premiered on April 16, 2021, and concluded on June 25, 2021. 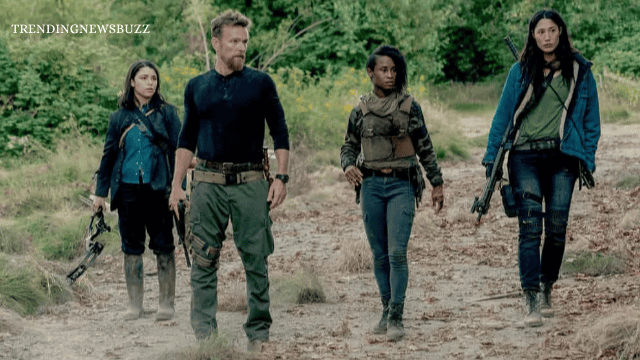 When Will Van Helsing Series Season 5 Be Available on Netflix?

If Van Helsing series season 5 follows the same timeline, fans can expect to see it on Netflix sometime in the spring of 2022. It should be noted, however, that nothing has been officially announced in this matter, and all speculation is at this time.

Van Helsing series season 5 will see the addition of new cast members Kim Coates (Sons of Anarchy), Ali Liebert (Bomb Girls), and Steve Bacic (Andromeda). Coates will play Olivia’s husband, Count Dalibor, who, despite having the best of intentions, makes some disastrous decisions. Nina, a vampire with a colorful past involving Julius and a hidden, deadly agenda, will be played by Liebert. Bacic will play the Father, a wild vampire who dresses in animal skins and has been hiding with a child in an abandoned mine.

Due to her pregnancy during filming, lead actress Kelly Overton was notably in the background during Van Helsing season 4, but this allowed other characters to step to the forefront, including Nicole Muoz as Jack and Keeya King as Violet, both of whom had their own ties to the Van Helsing legacy. However, fans can expect to see Vanessa in full force in season 5, while the new characters retain their full strength. 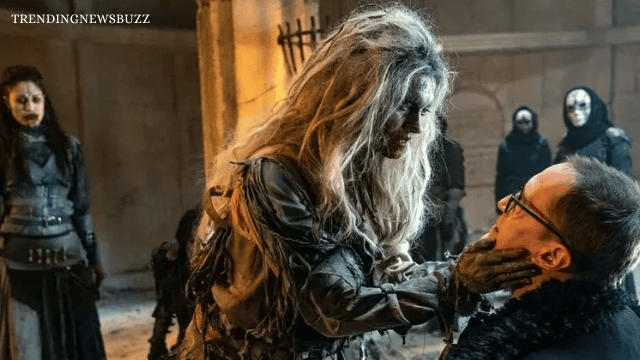 Male lead Jonathan Scarfe will not only return as Axel to help bring the vampire apocalypse to an end, but he will also direct four episodes in Van Helsing series season 5.

The plot follows Vanessa Van Helsing, who dies and awakens in a post-apocalyptic world. Three years ago, there was an associated eruption of the Yellowstone caldera. The planet is currently left with only her as the sole human survivor. Each human alive is plagued by vampires until he or she dies. Vanessa’s distinct blood, on the other hand, will convert the vampires back to humans. She is faithfully guarded by a former Marine. Within the following season, she discovers her long-lost sister, Scarlett, who has been a trained evil spirit killer since birth. They both devise a plan to track down the original vampires known as Elders.