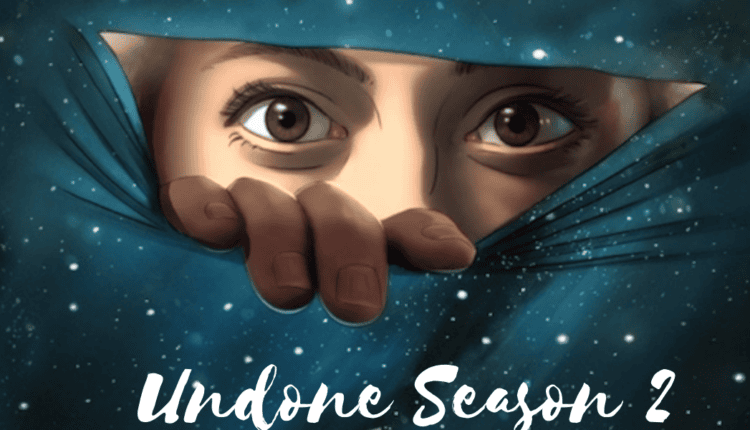 Undone Season 2: Everything We Know So Far!

The first season of Undone came to a close with an intentional sense of uncertainty. Over the course of the first eight episodes, the Amazon Prime original toed the line between what was genuine and what was not, and at the end of the series, had never proven anything. Alma (Rosa Salazar) slides in and out of time after making contact with her deceased father in an attempt to unravel the mystery behind his death.

Whether she was able to — or even whether Alma was genuinely time travelling or exhibiting symptoms of the mental illness that resulted in her grandmother’s hospitalisation — is unclear in the conclusion.

Alma, on the other hand, faces a new task in the second season. Having separated herself from her family in the past, she is now bringing more and more of them into the fold, converting Undone from a study of one woman’s mental health into an epic story spanning several generations.

The show, which is produced by Bojack Horseman writer Kate Purdy and creator Raphael Bob-Waksberg, has a sense that is both familiar and new at the same time. Even though it broadens its scope and covers new topics than the first season, it ultimately builds up to a similar climactic point, and it concludes with more questions than answers, as did the previous season. 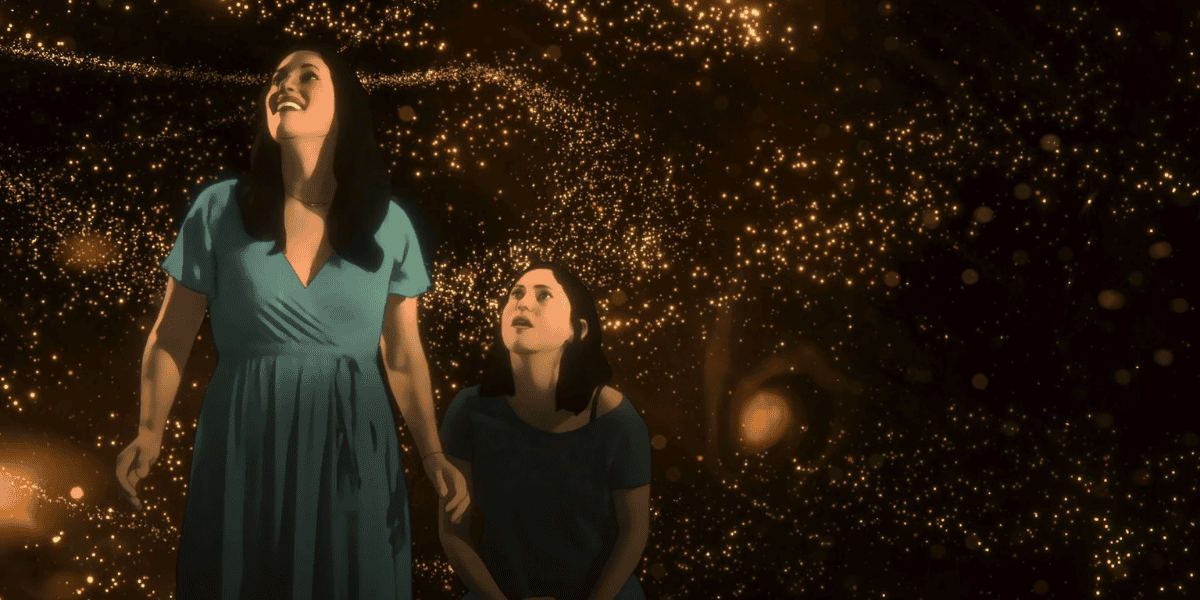 While season 1 of Undone left it unclear if Alma’s timey-wimey excursions were genuine or simply signs of her splintering psyche, season 2 provides an immediate answer: they are both. The events of the film were true, and Alma travels through a magical temple to another timeline in which her father, Jacob (Bob Odenkirk), is still alive and her life is rather happy, given the circumstances.

The other version of herself is a PhD candidate who works alongside her father on his research projects. Alma finds it easy to settle into her new surroundings at first. Nonetheless, she gradually becomes restless, and she begins to recognise that this ideal timeline isn’t quite as quiet as she had anticipated.

After discovering that her younger sister, Becca (Angelique Cabral), has time travel abilities as well, Alma learns that her mother is going through a difficult time right now due to a problem she is refusing to discuss.

In contrast to the first season of Undone, the second is more of a family affair – and that is a good thing. The first season saw Alma at odds with her mother and sister, who had been heartbroken by the loss of the particular link she had with her father. 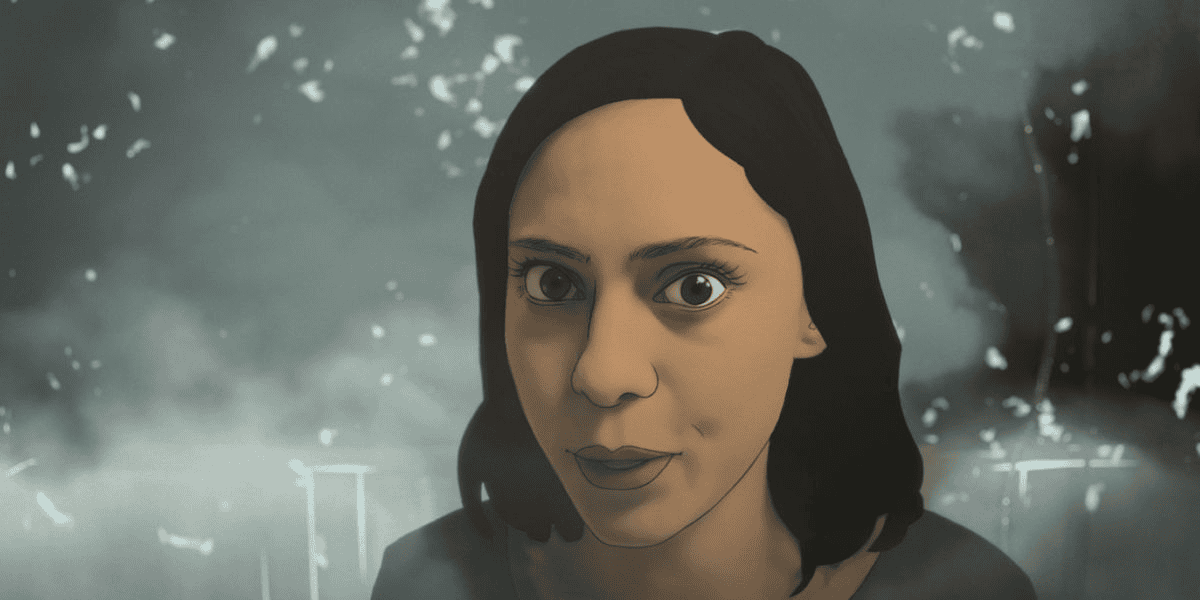 The second season featured Alma at odds with her mother and sister. When it is over, she has more or less accepted the fact that she requires assistance and grudgingly turns to her sister for assistance.

Alma, on the other hand, is the one who is aggressively bringing her family into the fold this season. She comes to discover that these abilities do not only effect individuals who possess them, but also everyone in their immediate vicinity, all the way back to her enigmatic grandmother.

Confronting the effects of generational trauma is a prevalent theme in today’s films and television shows. Similar to films such as Turning Red, Encanto, and Everything Everywhere All at Once, Undone makes use of mystical elements to explore a family’s tangled past and how the anguish experienced by one individual has reverberates down through several generations.

As soon as Alma thinks she’s solved a problem, she uncovers another, and she comes to the conclusion that she’ll have to keep going back in order to get it all correct.

Undone’s season 2 animation is done in a rotoscoped method, with drawings overlaying video snippets of the performers, similar to the first season. 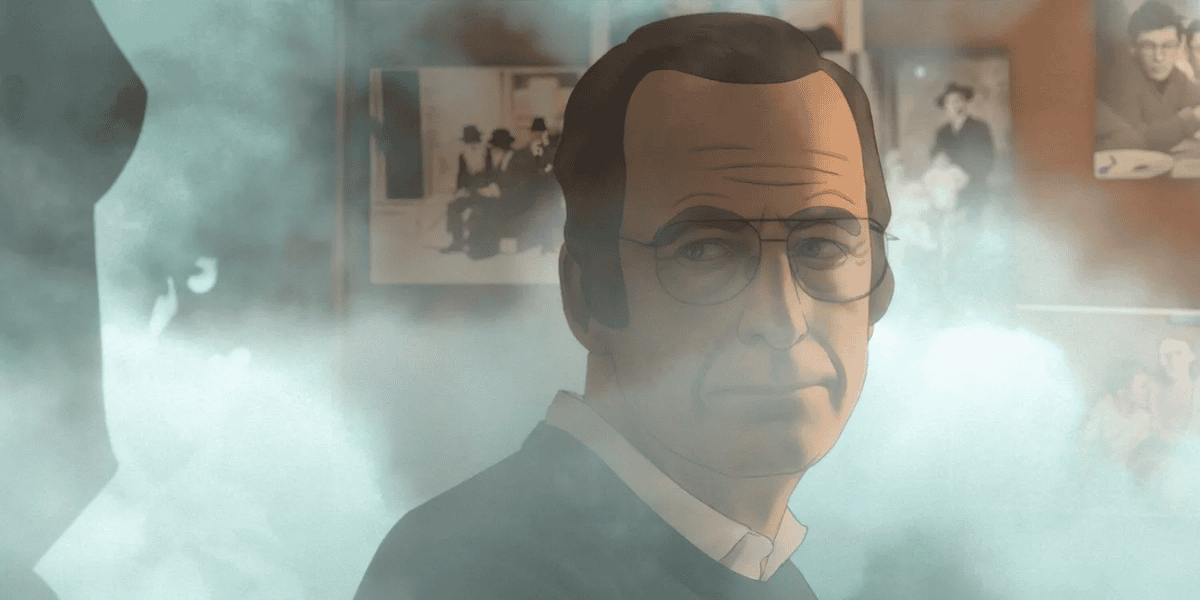 That specific choice was particularly vivid in the first season, when Alma wasn’t quite sure what was real and witnessed how the world around her could twist and shatter based on her decisions. Alma and her family are now primarily known for using their abilities to enter into other people’s pasts and memories.

As opposed to the painted backgrounds representing Alma’s perspective on the world, they are transformed into distinct points in time, with smoke and fog covering the memories that some do not wish to confront. Additionally, it goes beyond the animation, which makes it difficult to tell whether everything was real or not, and into fresh and vivid area.

Undone’s ideas become a little jumbled as a result of all of the twisting and turning. Alma is adamant on utilising her family’s magical abilities to go back in time and correct things over and over again, bringing Becca and her father to the edge of insanity.

At one time, Becca inquires as to whether they should put so much work into the present instead, but Alma dismisses her. Purdy and Bob-Waksberg appear to be arguing equally for these two opposing points of view (seeking to change the past versus focusing on the present), which undermines both of their arguments and destroys the entire argument.

Alma is continuously striving to make things better and happier, and she will take whatever opportunity she can to use her abilities to do so, even if it means separating herself from her family for the time being.

However, even time travel will not be able to solve everything, and you will have to accept some of the negative aspects of life. This would be even more devastating if she, her father, and her sister had not used their supernatural abilities to delve deep into their family’s history in order to reach that realisation before it happened.

Undone, on the other hand, was created on the notion of being ambiguous, blurring the borders between what was real and what was in Alma’s imagination. Especially as Alma introduces new personalities into the mix, the majority of this season appears to be taking place in real life for the most part.

After all is said and done, the situation is murky once more That ambiguity allows those murky ideas to exist without feeling like they have to be resolved in one way or another, which is refreshing.

Undone is a bit of a slow burner this season, taking its time to expose secret after secret and undo (pun intended) each layer of the onion that is the show. Despite the fact that the intricacies of its trip should have been more compelling, the conclusion is an emotional and excruciating gut punch that leaves us all wondering what could’ve been if things had gone differently.

The second season of Undone premieres on Amazon Prime on April 29 with all eight episodes.

Read More: Never Have I Ever Season 3: When Will the Third Season of This Drama Coming?

Read More: Is Ozark Season 5 Not Coming? Season 4 is the Final Season?

Never Have I Ever Season 3: When Will the Third Season of This Drama Coming?