Many of the Twitter users in iOS and web already started to see some layout changes in their timeline. The changes are visible in threaded tweets and replies under tweets. The new update will make it easier for the user to understand the correct person who mentioned in the replies. Besides, Twitter says that the changes are for making the use of the app easier.

The reverse engineering expert Jane Manchun Wong shared a gif and wrote that Twitter is working on its conversation tree. The team is also experimenting with different layouts by placing like and retweet buttons in different ways. 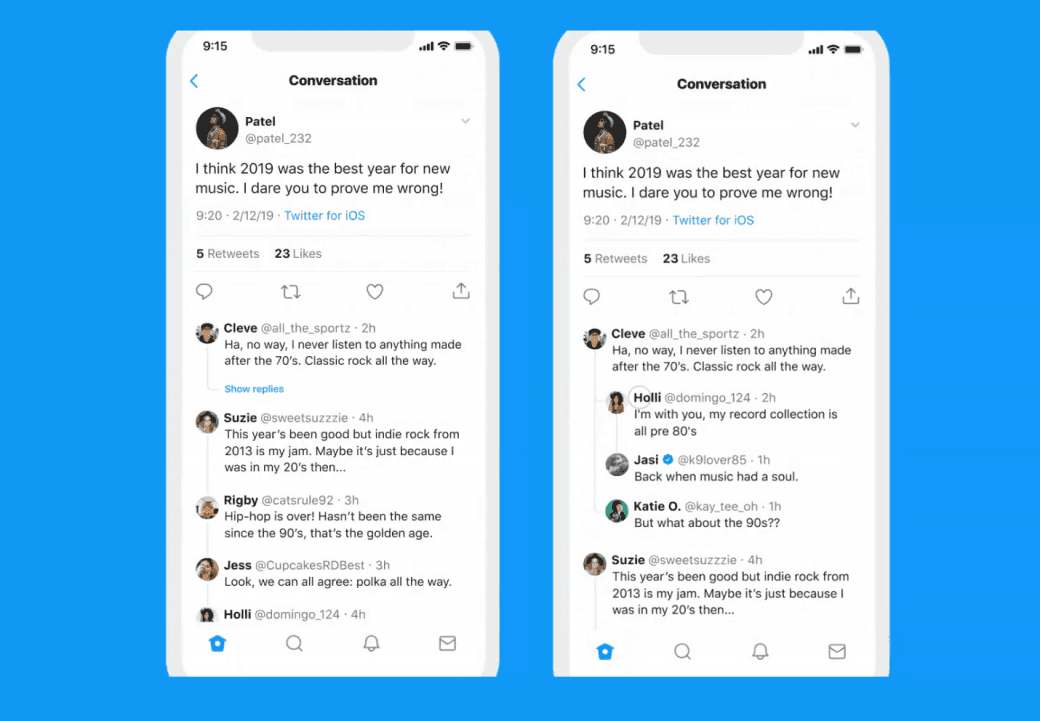 Currently, the changes are being tested in limited users. The features will make the required improvements according to the user experience. These features are tested in its prototype app called Twitter.

Beyond all these improvements, the social media platform is working on another feature to make the platform more safe and sound for everyone. It is on the way to make a prompt appear in front of the user whenever he or she tweets or replies with offensive words.

Now a line with bending on the ends is shown in the Twitter application to show the root of tweets and replies. However, the features will also maybe available in Android after iOS and web.

Also, Read. Apple: Your iPhone Will Soon Be Able To Inform 911 Of Your Medical Conditions And Allergies

Ellen DeGeneres Rumoured To Be Depressed