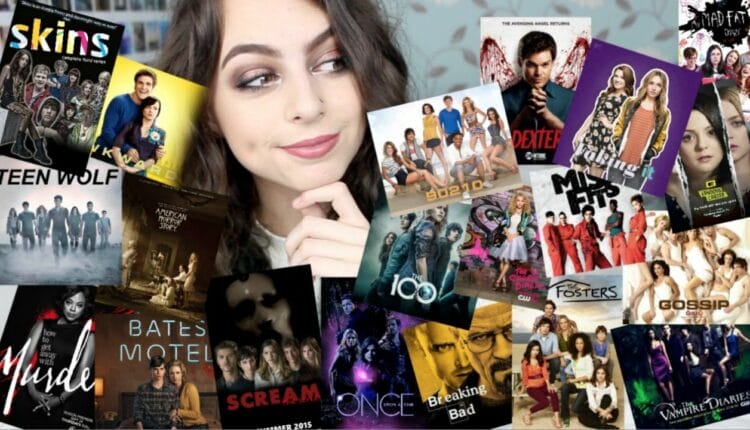 Looking for a show to binge-watch over the weekend? It’s nice to sit back, relax, and get lost in a TV series. Sometimes hours can go by like minutes when you’re invested in a great show. Luckily, there are plenty of brilliant shows out there and we are spoiled for choice. Sometimes due to the number of options we have, we can be very indecisive; we will scroll through Netflix and amazon prime for hours at a time trying to find something we like the look of with no success.

If you’re stuck for TV shows to binge-watch, then look no further! Today we have compiled a list of some of our favorite TV shows to binge-watch so that you don’t have to waste your time searching for one! It’s also good to remember that the best way to watch all of these TV shows would without a doubt be on a large TV screen, this may even give you a feeling similar to being at the cinema! Click here for TV wall mounting services.

Considering it’s looked at as one of the greatest shows ever made, if you’re looking for TV shows to binge-watch and you’ve not yet seen Breaking Bad, then this one is a no-brainer. The series is all about a man named Walter White who is extremely unsatisfied with his life, he’s an overqualified chemistry teacher who shared his share of a company now worth billions when he was younger.

One day Walter White is diagnosed with terminal lung cancer, despite never being a smoker. In a desperate bid to make some money for his family before his time comes, he enters the meth business using his chemistry skills. As time goes on Walter soon starts to realize that it’s not about the money anymore, it’s about the power. One brilliant thing about this show is how each and every actor seems to fit perfectly into their role, you genuinely couldn’t even begin to picture any other actors playing these roles.

You’ll be able to binge breaking bad till your heart’s content considering the series came to a fantastic end in 2013. You’ve no doubt heard people talking about this show before, why not get in on the action and give “Breaking Bad” ago?

This one is actually a spin-off of breaking bad, but fans and critics alike have agreed that it’s just as good. The main character “Saul Goodman” (Played by Bob Odenkirk) was first introduced in breaking bad. Saul Goodman is a charismatic, clever, criminal lawyer who finds himself in all sorts of trouble throughout the series. If you’ve seen Breaking Bad before this one is definitely a must-watch.

Better Call Saul was set before breaking bad, meaning that many of our favorite breaking bad characters show up again in the show! It’s very nostalgic for a lot of fans to see all of their beloved characters again which is why fans of the original series hold it so highly. It’s no surprise that this show has been held so highly due to its breath-taking storytelling Better Call Saul shows how a spin-off series should be done properly. This is why it’s one of the most brilliant TV shows to binge-watch.

Now this one is a little different, if you’re looking for something a little more light-hearted then this could be for you. If you are familiar with Top Gear then you’ll probably have heard of the grand tour, we love this show for a number of reasons. For viewers that are into cars, this show really has it all and would unquestionably be one of the best TV shows to binge-watch.

The Grand Tour is a show about 3 presenters (Richard Hammond, Jeremy Clarkson, and James May) Travelling around the world, completing insane challenges. You may realize that these three presenters are the former presenters of top gear, this is because after Jeremy Clarkson had a falling out with the show’s producers he was cut from the team and left to start a new series with his former co-hosts.

We would probably rate the grand tour just as high as some of the prime seasons of Top Gear in terms of entertainment. Although these shows aren’t particularly related, audiences feel that it seemed like a cool spin-off. When watching the grand tour you’ll most definitely learn a thing or two while simultaneously laughing your head off, this is why we would name it one of the best TV shows to binge-watch.

We hope you enjoyed this shortlist of the best TV shows to binge-watch, whether you’re looking to invest yourself in a captivating story or simply looking for an interesting show that can give you a good laugh, with these three shows you can’t go wrong.