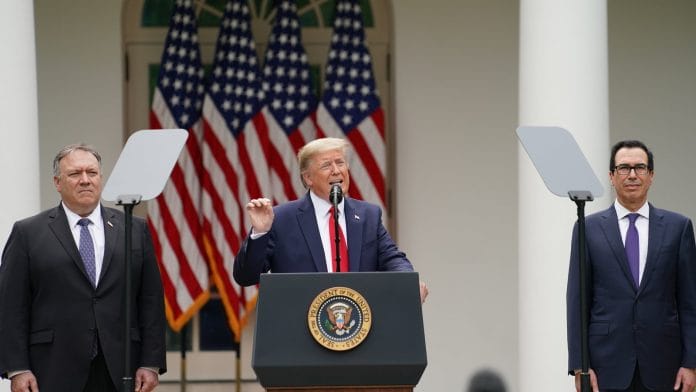 This has been an excruciatingly bad week for President Trump and there’s no second doubt in it.

His own defence secretary Mark Esper has made it clear that he was not in favour of Trump’s decision.

What decision, you ask? Well, to invoke a 213-year-old piece of legislation to order active-duty soldiers to crack down on those protesting in the streets across the White House.

Donald Trump’s former defence secretary James Mattis (one of the most respected American combat generals) has come out with a statement as well.

He said that President Trump is not trying to unite the country but is dividing it.

Even Trump’s former Chief of Staff John Kelly advised voters to look hard at who they elect and question their character and ethics.

The Democratic opposition of Trump, Joe Biden even talked about winning six contests in the 100-seat Senate.

And not just this, but even taking back control of the body which decides on appointments to the US Supreme Court.

And there are still five months to go before November arrives  .

This is when voters will cast their franchise for the presidential elections.

Not just this, but also one-third of the Senate and for the 435 seats in the House of Representatives.

Here, the Democrats had won a majority in the biennial elections of 2018. Chances are good, per se.

The countdown might even be less than five months for there is a practice of early voting.

And that is even more true of this corona age where voting through the mail has been rooted for.

I mean, this will, after all, save lives and is a better option than standing in long queues.

Trump’s support among white voters is fast fading, especially among suburban voters and the independent voters who are not registered with either the Republicans or the Democrats.