A tale of two Trumps

Say what you want but Donald Trump’s persistent performance is truly excellent.

No matter how many Americans lose their lives, he never stops boasting about his success whatsoever.

I always initially thought he was being snarky, but good lord, he wouldn’t stop, would he?

More than 1.6 million in America alone have been infected and around 95k have lost their lives and what is he up to?

I mean, he is absolutely undeterred in his sole conviction that he isn’t at all responsible for the deaths.

Where Is This Leading

In fact, what he believes in, is how he has been a messiah and done a tremendous job to save millions of lives.

He even goes on to talk in splendour about the economy and he has absolute faith in the part that there has never been a better President.

Call it narcissism or borderline paranoia, President Trump doesn’t give a crap.

Trump, the man who talks about himself in the third person has been undeniably living two lives.

Someone who tries to feign and look extremely posh and popular on the outside but is an uncomfortably itchy White House member in the inside.

Utterly disdainful of all the scientists out there as well as perky journalists, he has checked out now, leaving this entire pandemic for the state governors to look after.

The obese President is practically risking his life, without a mask whatsoever, to just go have lunch and play golf.

And all of this for what? To show how confident he is of what he’s doing?

He has been craving to get out and portray his life of obscure stupidity just so as to hide the suffering millions.

He can’t wait to go out and do rallies along with all the Republicans who support him in his every move. Trump pence? Oh Jesus.

Trump has been trying to portray the world that the US is returning to Normalcy and transitioning back to greatness, despite the suffering. 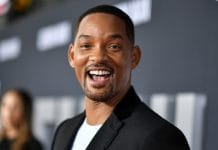 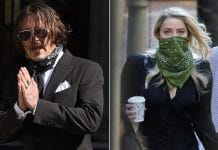 Johnny Depp: Leonardo DiCaprico ‘Bans’ Depp From Working In Hollywood After Getting Dragged In Depp-Amber Trials!