On Monday, Donald Trump is the peculiarly racist man that he is, halted a press conference.

He practically left the conference having been questioned by an Asian American reporter.

What led to this supposed action and what happened to post it, we’d brief you with everything ahead.

Trump addressed his first meeting after 27th April, wherein what followed was a poor spectacle of a racist President.

The meeting reportedly took place in the rose garden inside the White House.

And during a question and answer round, a journalist of CBS News asked Trump a question which infuriated him. 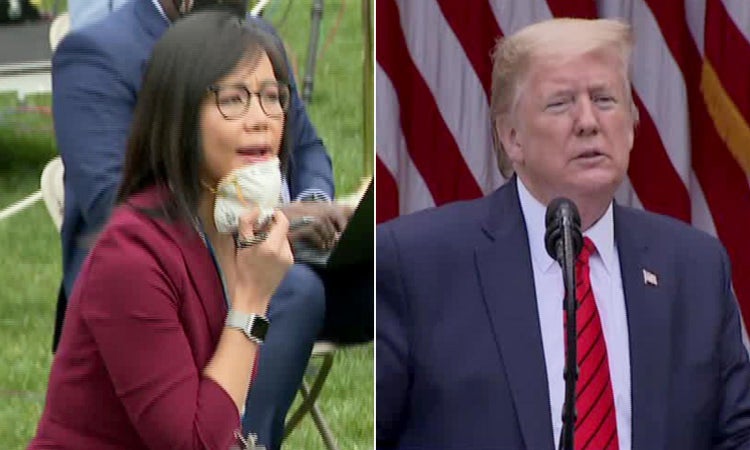 What Led To His Action

Weijia Jiang asked him why has he continuously been saying that the US is doing better than any other country in terms of testing.

She went on to ask him why is this a mere competition for him even though millions of Americans have been dying every other day.

To this, President said how everywhere millions were dying and it wasn’t just the case with America.

He continued saying that she should ask the same question to China for she would get a pretty unusual answer from their side.

Jiang was undeniably pretty scathed at the entire thing and she didn’t shy away from asking him why was he pointing it at her.

Trump replied to her, saying it was a nasty question and he didn’t let another correspondent even ask her question.

On repeated questioning, Trump turned back and left the podium–yes, just like that.

Trump has often been criticised for being abhorrent especially when it comes to dealing with women of colour. Jiang, although a Chinese by birth, has been a US citizen since she was 2 years old. Plenty of tweets surfaced condemning  Trump’s extremely racist behaviour. It’s high time he understood these people are truly American citizens and have been on the frontier, serving the nation.