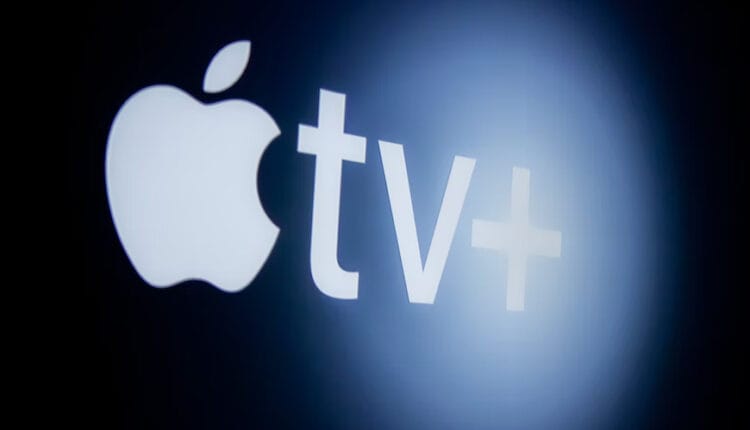 It may not enjoy the popularity of Netflix, but Apple TV+ is coming into its own after enjoying a successful 2022 when its paid customer base grew to 25 million people.

This means that 2023 is set to be a year where it builds on this, as it seeks to provide content to a diverse audience.

Here are six top films and TV shows to look out for in the new year.

Eugene Levy has built up a devoted fanbase since he hit mainstream success as Jim’s dad in American Pie. And you definitely get ‘Jim’s dad’ vibes as the actor travels to some of the most scenic destinations in the world, ranging from Costa Rica to Finland.

Nature obviously plays a huge part in this, but Levy also examines local cultures, food, and even hotels as he tries to work out just what makes these places great.

What adds to the fun is that Levy is not the most enthusiastic traveler in the world, so get ready for some comic moments.

Henry Cavill takes a break from Superman duties to play a top spy who, after suffering from amnesia, is tricked into thinking he’s actually a best-selling spy novelist. Strange, we know.

He’s supported by some big names, including Bryan Cranston who we last saw in a very different role as a regular guy who figures out how to win the lottery jackpot repeatedly in Jerry and Marge Go Large. Alongside him are wrestler John Cena, Bryce Dallas, Sam Rockwell and even Dua Lipa. Something for everyone.

Hello Tomorrow! is a new series about a retro-futuristic globe. The series centers on a traveling group of salesmen who go around trying to sell lunar timeshares. The series stars Billy Crudup as Jack, an ambitious and talented salesman who earnestly believes in a fresher, brighter and more technically advanced tomorrow. His enthusiasm for the future motivates both coworkers and his desperate customers.

In addition to Crudup, the series also stars Alison Pill, Haneefah Wood, Dewshane, and Academy Award nominee Jacki Weaver. This impressive cast means that fans are eagerly awaiting the program’s release, which is set to be in February 2023.

Directed by Scott Z. Burns exclusively for Apple TV+, Extrapolations is an upcoming American anthology drama series. It shows the effect of climate change from many points of view through interconnected stories.

It’s a format that worked very well via the likes of movies such as Crash, and Burns does a great job of gripping the viewer during each story, resulting in a thrilling climax.

Burns is also the executive producer for the series, and his talents really come to the fore in what is sure to be one of the most enjoyable series of 2023.

Are you a fan of Deadpool and Zombieland? Well, Ghosted is brought to you by the same scriptwriters, and you can see this through some terrific comedy scenes.

Skydance Studios are behind this movie, directed by Dexter Fletcher, the actor-turned director famous for his masterpieces, Bohemian Rhapsody and Rocketman.

Chris Evans and Ana de Armas are the popular duo who bring it all to life through their engaging lead characters, and it’ll be worth the wait once the movie is finally released in spring 2023.

Masters of the Air

Masters of the Air is a 9-part miniseries that, like Band of Brothers, is being produced by Tom Hanks and Steven Spielberg, among others.

Its cast is also impressive, featuring the likes of Austin Butler, Callum Turner and Anthony Boyle as US Army majors during the Second World War. If you like Band of Brothers and The Pacific, then you’ll love this, as the action starts right from the first few minutes.

Avid readers will know that the show is being adapted from Donald L, Miller’s book of the same name, so if you’ve read it, keep the spoilers to yourself!

My Kind of Country

Reese Witherspoon had extraordinary success with Amazon’s Little Fires Everywhere, but she goes for a completely different take with this singing competition series based around a global search for unconventional and extraordinary country music talent.

My Kind of Country is Apple TV+’s first competition series, but it’s not the first commissioned by the company. Apple Music’s Planet of the Apps bombed after one season, so the makers of this country music series will be hoping for much better luck this time.

The music director for the series will be Adam Blackstone (BET Award winner), who is also the musical director of singers Tim McGraw and Justin Timberlake.

Country music may not be the most fashionable genre, but it’ll still be fascinating to see who comes out on top in this battle of the singers.