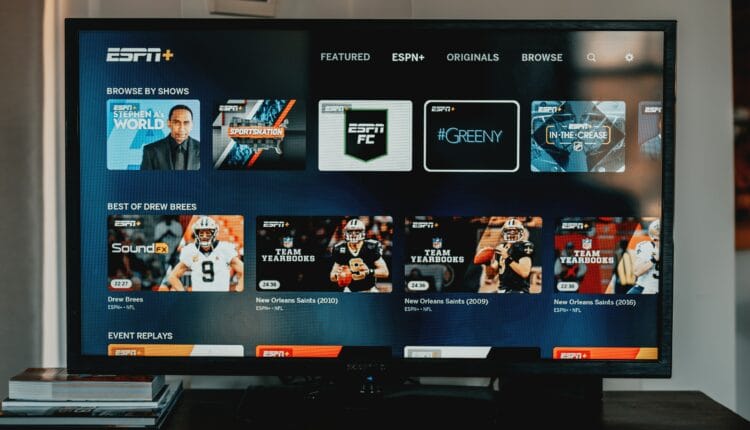 With the NBA and NHL seasons just getting underway, the World Series heating up, and the NFL season approaching its midpoint, it’s a great time to be a sports fan. Finding a streaming service that meets all your needs may be challenging if you follow more than one sport.

After all, you probably don’t want to shell out your hard-earned dollars to pay for each major sports league’s dedicated apps. Instead, the best option is choosing a service that provides broad coverage. Keep reading to learn about the top streaming services for sports fans.

If you’re looking to cut the cord on cable TV, Hulu + Live TV is one of the best ways to do so. The streaming service features all major networks, including sports channels like ESPN, BTN, CBS Sports Network, and NBC Sports Network.

Needless to say, as a sports lover, you’ll always have something to watch. Hulu makes it easy to keep track of your favorite teams, and many channels offer expert commentary and live shows covering major events. As betting has become a big part of the viewing experience, many fans spend time assessing how their favorite teams stack up against the competition. Websites like OddsChecker provide extensive listings of sportsbooks offering free bets to new customers, allowing them to get a taste of the action before going all in.

Although Hulu doesn’t include league-specific channels like NBA TV, regional sports networks (RSNs), and MLB Network, its extensive coverage is enough to keep most enthusiasts happy.

DirecTV Stream is the option to choose if you’re willing to pay a premium to access the streaming network with the most RSNs, plus all major networks, including TBS, ESPN, TNT, CBS Sports Network, NBC Sports Network, and FS1. That’s not all; you’ll also get many league-specific channels, such as NBA TV, the NFL Network, and the MLB Network.

You can stream the service on up to 20 devices, and if you want to follow international sports, that’s an option too. If you can’t watch games live, you can use the cloud service, which includes unlimited recordings. If you’re a fan of multiple sports, this is the closest you’ll get to a complete package.

If you’re looking for a budget option that won’t replace your cable or satellite TV subscription, ESPN+ is an excellent choice. Although the service doesn’t include the network’s primetime programming, it does feature a broad selection of live sports, including tennis, lacrosse, MLB and NHL games, cricket, NCAA events, and national and international soccer matches.

However, there are better options if you’re an NBA or NFL fan because you won’t have access to live games through this service. However, if that’s not important to you, ESPN+ plus is worth a closer look.

YouTube has come a long way since its early days and now offers one of the best streaming experiences available. Whether you love basketball, hockey, football, or soccer, you’ll find just about everything a sports fan could want. A few of the service’s highlights include ESPN, CBS Sports Network, NBC Sports Network, and FS1.

It doesn’t end there; you also get access to NBA, WNBA, NFL, MLB, Premier League, and more when you subscribe. If you pay for the Sports Plus add-on, you’ll be able to watch Fox Soccer Plus, TVG, and NFL Red Zone. With so much on offer, this streaming service has a lot to like.

Last but not least is FuboTV, a comprehensive service that allows subscribers to stream over 100 sporting events. FuboTV began as a company dedicated to streaming soccer but has grown to cover most major sports.

When you subscribe, you get access to over 130 channels, which increases when you opt for the Elite or Ultimate plans. The service also has customization options, including a Sports Plus Package, which includes the NHL Network, MLB Network, NBA TV, and the NFL RedZone.