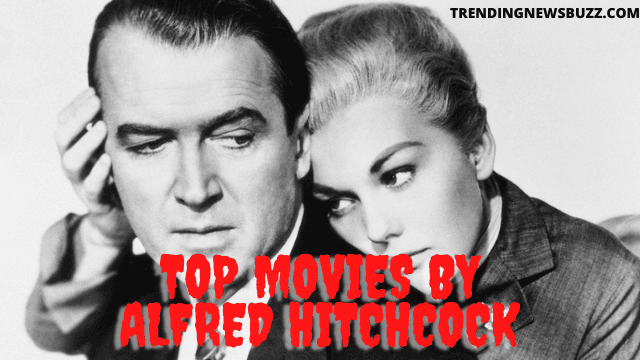 We go to the movies to feel the genre of the film. The more we feel the emotions of the movie, the more we get attached to it. Very few people are capable of connecting to the audience. One of them is Alfred Hitchcock. He was the master of suspense, comedy, romance, and horror. Many great artists remain unappreciated lifetime, but Alfred received all the love from the audience. People remained excited about his projects.

Alfred died in April 1980 at his home. To celebrate the illustrious legacies of the films of Alfred, we are going to mention his top ten projects over here. 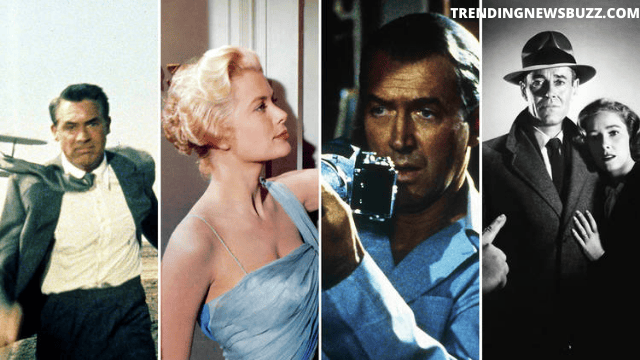 Directed by Alfred Hitchcock, the movie is based on the story of the same name by Daphne du Maurier. The natural horror-thriller film got released on 28th March 1963.

Melanie is a rich socialite who follows a lawyer named Mitch to his home in Bodega Bay. She wanted to play a practical joke on him. However, things take a huge turn when the birds in that area begin to attack the people present over there. Alfred was able to turn a bunch of pigeons and crows into the most threatening screen villains of all time. A remake of the movie is about to be built, but we are doubtful that the movie will be a horrifying as the previous one.

Michael Balcon is the producer of the British thriller film that got released on 6th June 1935 in London. It also premiered on 2nd August 1935 in the United States.

Read also: Is There Once Upon A Time Season 8 Reboot?

A Canadian named Richard Hannay gets involved in an international spy ring while spending his vacations in London. The spy ring is related to the mysterious 39 steps. He soon meets Annabella Smith, an agent, who gets killed in his apartment. The police then hunt him for her murder, whereas he tries to stop Professor Jordon from sending the secrets out of the country. This movie is the first masterpiece of Alfred. In 1999, it was ranked as the fourth-best British film of the 20th century.

Edward Black is the producer of the British mystery thriller film. It got premiered on 7th October 1938 in London.

A train heading towards England gets delayed by an avalanche. A group of travellers enters a hotel in a fictional European country. A young Iris and an elderly Miss Froy become friends there. When the train resumes, Iris wakes up and finds that Miss Froy has disappeared. After asking about her all around, she finds that she never existed. Then her investigation begins.

Jack H. Skirball is the producer of the American psychological thriller film. It got premiered on 12th January 1943.

Charlotte is very happy as her uncle Charlie is over her residence. However, after his arrival, she comes to know that her dearest uncle is a serial killer. Now, she needs to stop him from killing more people. This movie is Alfred’s personal favourite.

Alfred Hitchcock is the director and producer of the American psychological thriller film. It got premiered on 30th June 1951.

Bruno is a psychotic male who meets a tennis player Guy. On a train journey, Bruno discovers that they both have a wish to kill someone. He puts forward an idea in which they both exchange murders to evade the police officers. The movie is based on a novel named Patricia Highsmith. Alfred’s edgy and morbid take on human nature is reflected beautifully in his movies. 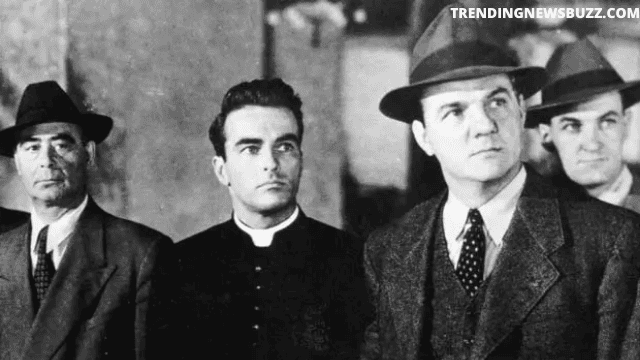 Rear Window is again a masterpiece produced and directed by Alfred Hitchcock. The American mystery thriller film got released on 1st September 1954.

A professional photographer named Jeff is recovering from his broken leg and soon gets stuck in his apartment. To recover from his boredom, he spies on his neighbours and discovers a shocking revelation. A man who witnesses a murder just by gazing out of his window is a masterpiece given by Alfred. Our love and attachment with the characters make this movie special.

Alfred has directed and produced an amazing American spy thriller film named North by Northwest. It got released on 1st July 1959.

Read also: Archer Season 12: Everything We Know So Far!

In this movie, an ad-man gets involved in a cross-country chase. Enemy spies, the police, and a beautiful woman are also involved in the chase. This movie was a combination of romance, suspense, and humour. It received love from everyone.

Alfred has directed and produced the American horror-thriller film named Psycho. It got released on 16th June 1960 in New York City and on 8th September 1960 in the United States.

Marion steals money from her employee and disappears. Her lover and sister try to find her and reaches an infamous Bates Motel. They meet Norman Bates over there. It became the most profitable black-and-white sound film ever. After so many years of its release, it is still the most shocking and nerve-frying movie.

Alfred Hitchcock has directed and produced the American noir psychological thriller film named Vertigo. It got released on 9th May 1958.

A detective named Scottie is hired to investigate the strange activities happening to the wife of an old friend. Scottie is a patient with acrophobia. His old friend’s wife commits suicide, whereas Scottie becomes obsessed with her. Due to its unconventionally structured and depressing storyline, it became a critical and commercial failure after its release. However, it became the greatest film of all time later on. It is the deepest and most personal work of Alfred that will be remembered for years.

Alfred Hitchcock has directed and produced the spy film named Notorious. It got released on 15th August 1946 in New York City and on 6th September 1946 in the United States.

To help Nazis to justice, the US government agent named TR Devlin hires Alicia Huberman as a spy. Alicia is the daughter of a convicted German war criminal. They begin to fall for each other, but Alicia is instructed to win the affections of Nazi hiding in Brazil named Alexander Sebastian. Soon Sebastian also gets serious about his relationship with Alicia. This movie became the flashiest movie of Alfred’s career.

These movies are among the best works of Alfred Hitchcock. Many more films marked Alfred as one of the best directors of his time. You can discover his projects all around the Internet.

Keep enjoying the suspense created by Alfred in his films.