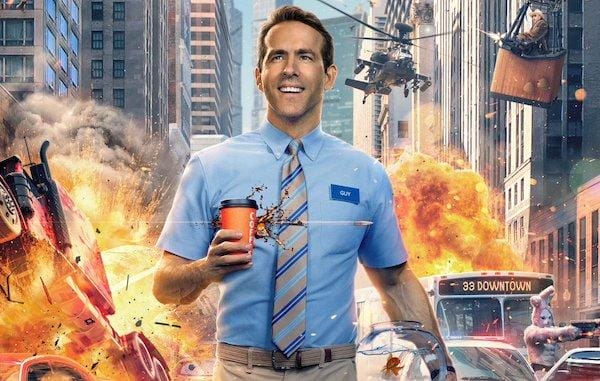 The year 2020 has been a disaster for all of us, and we know who’s the culprit behind it. However, there are ways to relax your mind even in the middle of a global pandemic. Watching comedy movies seems to be the best way to do it. When it comes to movies, everyone has got a particular taste. Some prefer action movies, some like horror, while some prefer romantic ones.

In this article, our focus is comedy movies of 2020. We have hand-picked the upcoming movies for you. They can be watched online or in theatres, depending upon the pandemic situation, some movies may be delayed, so we will keep updating the release date accordingly.

These movies were scheduled to be released in 2020, but pandemic stalled or delayed the launch. We are sure that some producers will opt out for digital streaming. If streamed online, you can watch them for free on apps like Showbox, Tubi TV, and Pluto TV. There are other premium alternatives like Netflix, Amazon Prime Video, and Hulu.

If you enjoy watching Matthew McConaughey doing action and comedy, you can’t miss out on watching The Gentleman. It shows McConaughey as a drug lord living in England, his plans to sell his cannabis business and retire peacefully.

However, a series of events occur throughout the film, where we see plenty of action and good humour. We recommend this movie if you prefer action with humour sprinkled above.

Since the first film from the list is an action-comedy, why not one more? Guns Akimbo is a movie from New Zealand starring Daniel Radcliffe, Samara Weaving, Natasha Liu Bordizzo and Ned Dennehy. The movie is set in an alternate future where a game called Skizm is getting extremely popular.

The game involves live streaming of deadly matches between criminals and psychopaths. It shows how Daniel Radcliffe gets into a fight with the criminal organization running Skizm and how he saves his life from their deadly pursuit.

My Spy is a sweet movie with a good dose of action and comedy. If you like Dave Bautista’s work previously, you’d enjoy this one too. In this movie, he plays a CIA agent assigned on a mission in Chicago to spy a family that’s linked with an arms dealer.

He has to keep an eye on them. He develops a bond with the 9-year-old girl and her mother. It also shows how he protects them from the arms dealer.

The Spongebob Movie: Sponge on the Run

Some people live-action/animated movies. Spongebob is an iconic animated character across the world. Paramount Animations produces the movie. It was scheduled to release in 2019. It’s been delayed due to pandemic. The movie won’t be shown in theatres. Instead, you can stream it on CBS All Access and Netflix.

The Free City is like a bizarre amalgamation of Grand Theft Auto and Fortnite. A code inserted into the game makes him self-aware of the reality, now he has to become a hero and save the game before developers shut it down permanently.

This year has been quite horrible for the entertainment industry, with most of the films getting either delayed or releasing online. You can enjoy watching comedy movies by sitting at the comforts of home. There are many platforms like Showbox, Crackle and Tubi TV that support free streaming without any hassle.

If you enjoy reading our daily entertainment dose, keep following us for more updates.