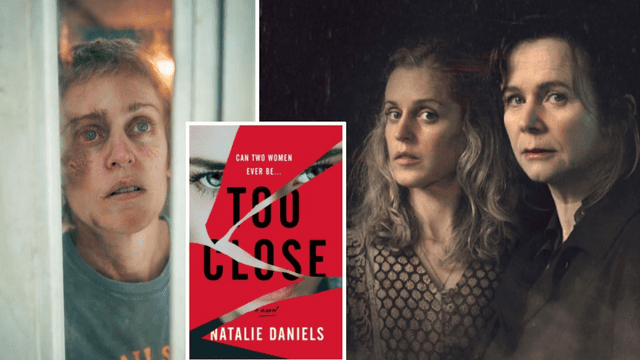 Some readers may find it upsetting that this article talks about things like self-harm.

Here Are The Reveals For Too Close

Connie (Denise Gough) felt trapped by her grief, like the rainbow-colored kite that got stuck in the tree outside her window. She couldn’t pull herself out of the abyss. Driving her car into a river and almost killing herself and two young children, one of whom was her own, will do that to you.

It was so different from the woman she used to be, a woman who had problems and worries but kept going anyway.

Was she the “yummy mummy monster,” a modern Medea out to retaliate against her husband and his new girlfriend?Were her actions on that terrible night a glimpse into who she really was?

Emma Was Put To Task To Find Out

Her forensic psychiatrist, Emma (Emily Watson), was told to find out about that. Connie said she didn’t remember what she did. Was she telling the truth, or was she trying to cheat the system to avoid getting in trouble?

Her results would have a big impact on the rest of Connie’s life. Would she spend the rest of her life locked up in a prison cell in a mental hospital, or would she one day feel the sun on her face and be free to go wherever she wanted? 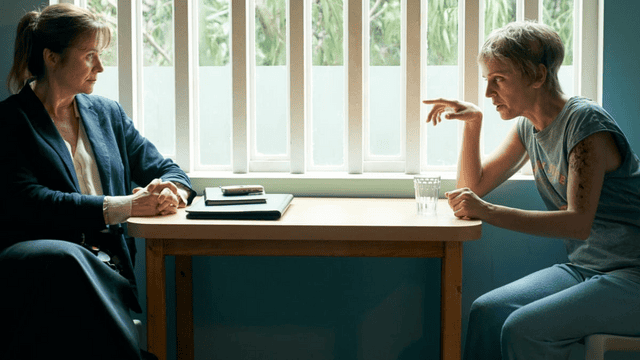 Through her conversations with Emma, we found out why Connie slammed on the gas and did the unthinkable.

Connie and her husband decided to open up their marriage, but Connie hadn’t thought about Karl (Jamie Sives) falling in love with Ness (Thalissa Teixeira), her best friend and next-door neighbour. This was the first big blow.

Her mother, Julia, played by Eileen Davies, was also showing signs of dementia, and the stress of having to deal with that as well as the end of her marriage and best friend had completely broken her spirit. She was already taking antidepressants, but she was also having trouble sleeping and losing her hair, so her doctor gave her a powerful mix of drugs.

Her mother died in the end, which was a terrible event that Connie had forgotten about while she was in a mental hospital. Her relationship with her medications had also gone crazy. But even though she was addicted, she flushed all of her pills down the toilet and stopped “cold turkey” for the kids.

How Did Connie Change Into Abnormal

In just a few days, Connie went from normal to crazy. In one of the most disturbing parts of the show, she doused herself with bleach to kill the cockroaches she thought were all over her.

Connie yelled out in pain for her mother, and there in the garden, she saw her. Connie followed Julia’s call, even though it was pouring rain, until she was standing outside Ness’s house, looking in at the cosy scene inside. We saw Karl and Ness the same way she did: as a “malevolent force” whose faces looked like monsters from hell.

Connie woke up the sleeping kids because she thought they were in danger and put them in the back seat of the car. She then drove to the bridge, where Connie’s mother called to her again from a distance. 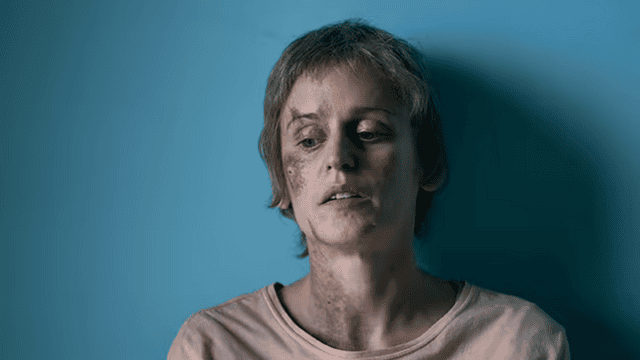 She smiled and said, “It’s OK.” “Granny will come to our rescue.” The car rushed forward, and it didn’t stop. The driver had a look on his face that could only be described as relief.

The Battle In The Courts With Emma And Connie

A year later, Emma went to court to say what she saw. She talked about the things that pushed Connie to the edge and beyond, and she strongly denied that Connie was still a threat to herself, her family, and society.

“Who knows what any of us could do if we had the wrong medicine and the right triggers?” she continued. It’s a powerful statement that’s at the heart of this story and stays with you long after the credits have rolled.

After the terrible things that happened to each of them, Connie and Emma might have sat on opposite sides of the table in a different life.

What Happens In The End

At the end, Connie had changed in a clear way. Her hair had grown, her eye had healed, the bruises on her face had gone away, and her cheeks had more colour. And, most importantly, her feelings had also calmed down. We didn’t know how the hearing turned out, but the way she had changed and the fact that she was allowed to see her children gave us hope for the future. 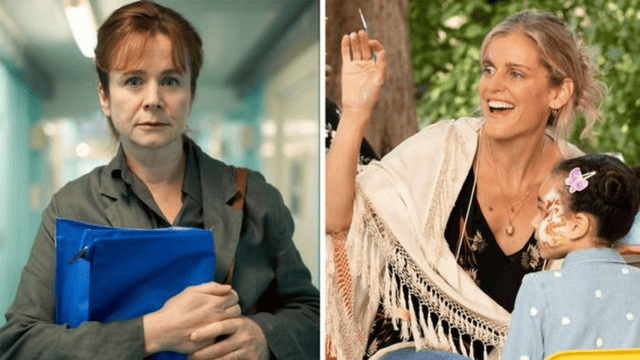 But we weren’t told what happened next in detail. When we left Connie, she was still being treated at the psychiatric hospital. It wasn’t clear when she would be able to walk out the front door, or if she would even make it to that important point. We can’t know what will happen in the future or how we’ll act.

For us to leave her in the same room, under the same harsh strip lights, is a stark reminder that she will have to work hard to get better, and that this will probably take a long time. It would have been dishonest to pretend that loose ends could be tied in neat little bows. Instead, they just hang there and flap in the wind, reminding us of what we’ve been through as we learn to live with our imperfections.