Today, you are going to be updated with all the latest updates about Timothée Chalamet and his dating life. We suggest you to continue reading. Here’s everything you need to know so far. Let’s have a look what we have found out for you.

Born on December 27, 1995, Timothée Chalamet is French is an American actor. He was nominated for an Academy Award, two Golden Globe Awards, and three BAFTA Film Awards. No doubt, he is one of the most wanted bachelor’s of the town. Since his debut as Elio in 2017’s Call Me By Your Name, he has gainned popularity.

YOU MAY LIKE:- Charlie Puth Is Dating Who? Everything About His Dating History!

He is quite popular for his dating life as well. He has been linked to several beauties and has become talk of the time after an event that makes all of us wonder about him being taken. Do you want to know everything in detail? Keep reading to know more. 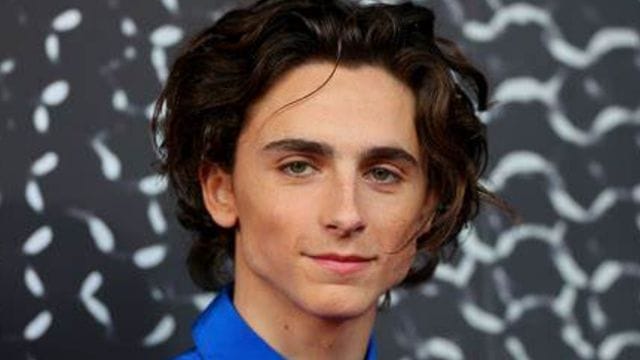 Who Is Timothée Chalamet Dating Currently?

What happened that grabbed everyone’s attention to his dating life, which is into spotlight currently. Let us tell you each and every update of its cause.

YOU MAY LIKE:- Who Is Big Latto Dating? Here Is Everything About Her Boyfriend!

Sarah told Page Six “Everyone is asking me if I was kissing Timothée Chalamet at Coachella, and that is a good question. But a great question would be asking our world leaders why the Earth is now losing 1.2 trillion tons of ice each year due to global warming and why climate crisis reform has been completely ineffective.”

Who Has Timothée Chalamet Dated?

In the year 2013, Timothée Chalamet was rumoured to be dating Lourdes Leon. The pair split up in 2017, but they are still friends.

Lourdes Leon said about him in a 2021 Vanity Fair interview, I respect him a lot, we were a little item. My first boyfriend, or anything.”

Lily-Rose Depp and Timothée met on set filming the Netflix movie, The King. In October 2018 the pair was spotting kissing each other but during a 2019 interview at the Golden Globes, Timothée did not respond to the question regarding Depp. They went a trip to Italy in early September 2019 and the pictures went viral.

“I went to bed that night thinking that was one of the best days of my life,” he said to GQ in October 2020. “I was on this boat all day with someone I really loved, and closing my eyes, I was like, indisputably, ‘That was great.’ And then waking up to all these pictures, and feeling embarrassed, and looking like a real nob? All pale? And then people are like: This is a P.R. stunt. A P.R. stunt?! Do you think I’d want to look like that in front of all of you?” Timothée Chalamet said about the viral pictures.

The relationship did not last longer and the couple broke up.

The pair spotted kissing and hanging on vacation in Cabo San Lucas, Mexico but they never confirmed their relationship.

Who are Timothée Chalamet exes?

How old is Timothée?

Are Timothée and Lily still dating?

Timothée Chalamet and Lily-Rose Depp got officially back together, according to a new report but they broke up again and after that, Timothée considers himself single.

In order to conclude the article, We hope you enjoyed reading this article. We tried our best to keep you update with all the latest information regarding Timothée Chalamet.

YOU MAY ALSO LIKE:- Who is Alexandria Herring Dating, Was She Cheating Him Ned Fulmer, and Much More

Timothée Chalamet is French is an American actor. Timothée Chalamet spotted dancing with Sarah Talabi, at Coachella 2022, on April 18. A video of Chalamet kissing influencer and model Sarah Talabi circulating. The pair spent time together during the Coachella Music Festival in April 2022 but their dating rumours are not true and The pair is not dating each other.

Lizzo Has Officially Confirmed Her Relationship!