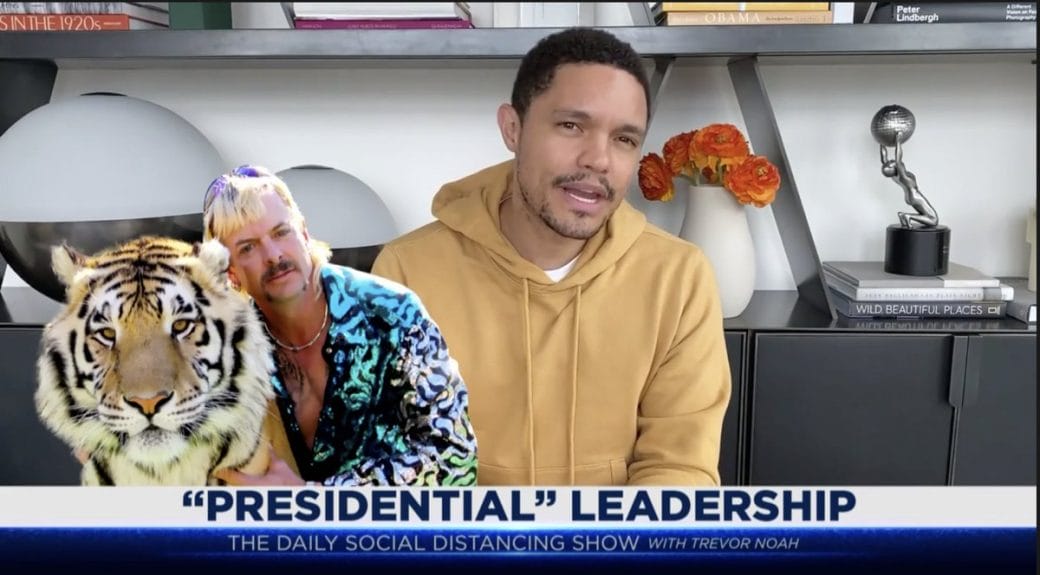 “Joe Exotic is not only one of the weirdest people you will ever meet in your life, but he could also be the president of the United States” saying, Trevor Noah. He was talking about the docuseries sensation “Tiger King”. Trevor was addressing the episode of “The Daily Show” on March 30. Joe Exotic acted as an anti-hero in the series. Besides, he compared the president of the United States, Donald Trump with Joe Exotic in the show.

He clarifies his opinion that Joe is presidential as Donald Trump by explaining different similarities in the character of both. In the docuseries, Joe Exotic gets into prison for hiring a hitman to kill his rival, Carole Baskin. Joe is the top owner of the “Greater Wynnewood Exotic Animal Park”. 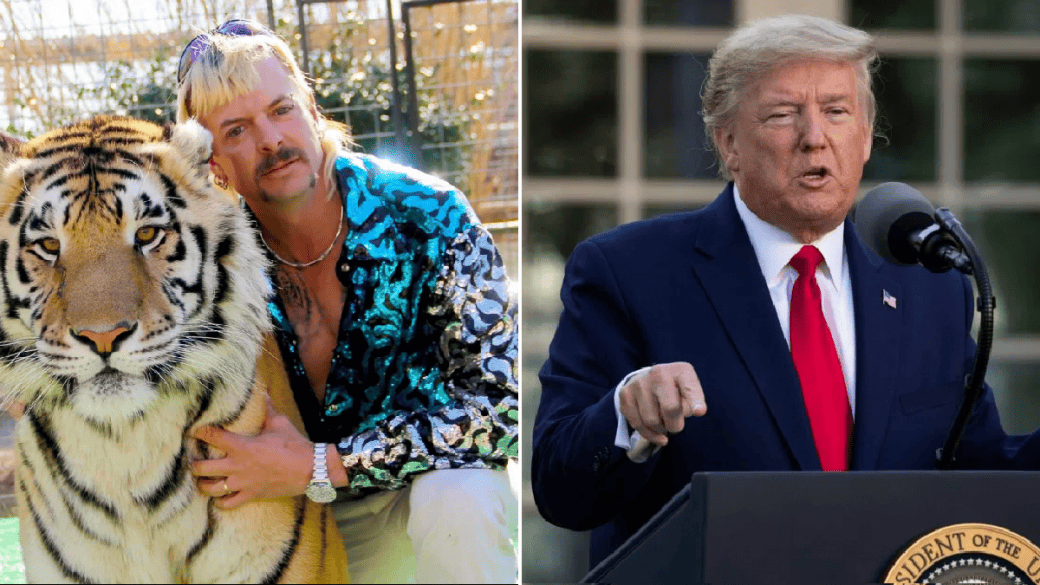 Trevor’s comparison between Donald Trump and Joe Exotic is somehow in point. He says that Joe  Exotic is disorganized, self-absorbed, and he is obsessed with conspiracy theories. Moreover, his character is an exact xerox of Trump’s. Besides, he explained about the quality of Joe to become a president like Trump. Joe Exotic loves to portray himself as an expert in his field. Of course, he points out this characteristic of Joe for presidential capability.

He is being sarcastic towards both Joe and Trump in every word. The explanations of each character included clips to prove Trump’s similarities with Joe. After all, Trevor told this after watching all episodes of “Tiger King” in one week. Beyond these facts, everyone who watches the episode knows the fact that Trevor was pointing out the incapability of Trump to be a president. 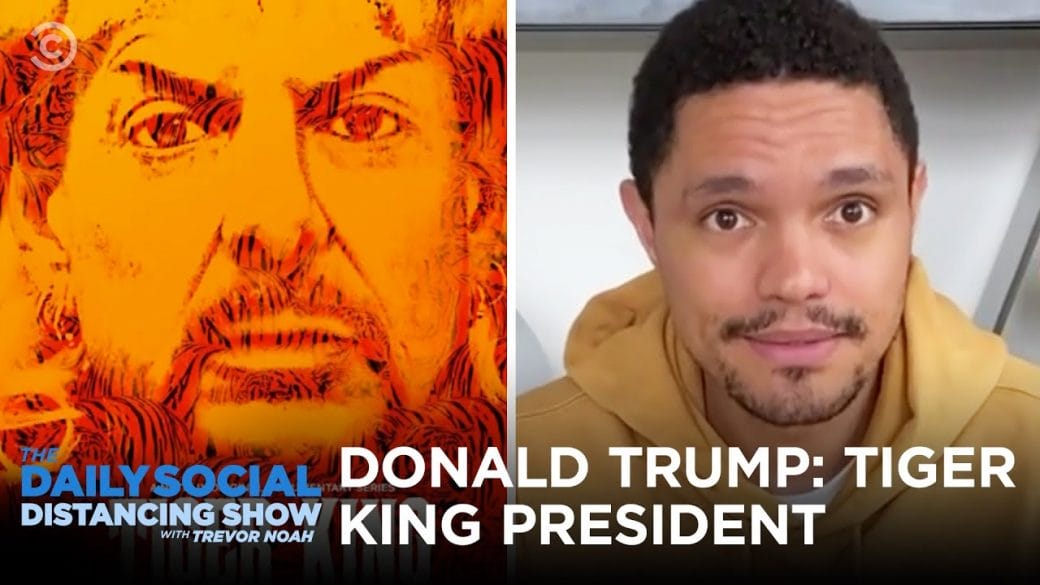 Ubisoft Is Letting Out Free Games Beginning With ‘Rayman Legends’