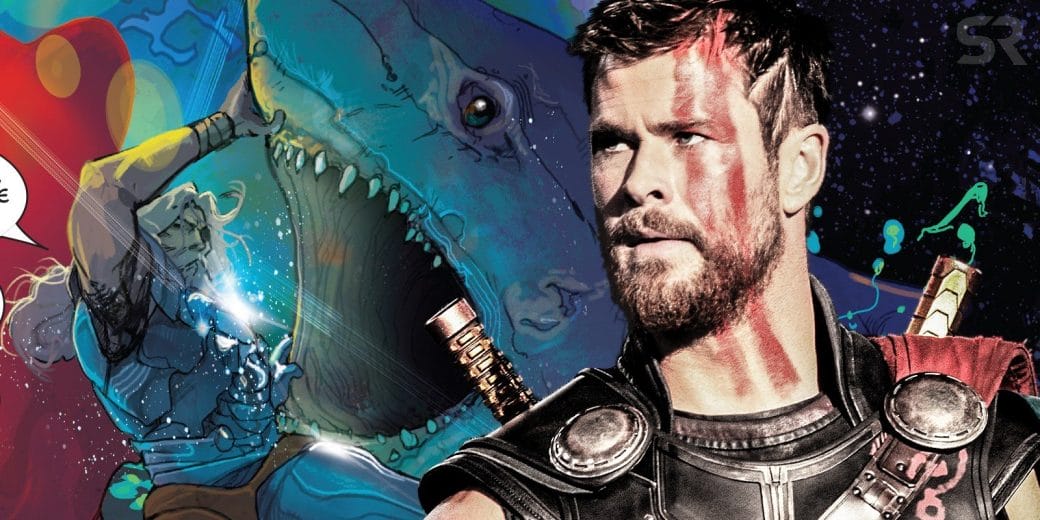 Oscar-winning director Taika Waititi recently hosted a watch party for Thor: Ragnarok on his Instagram. Tessa Thompson, who plays Valkyrie and Mark Ruffalo, who plays Hulk both joined in, and Waititi revealed a few tidbits about his upcoming project.

Thor: Love and Thunder, Waititi’s next film, was recently delayed as a result of the COVID-19 pandemic. Instead of November 2021, the film will now arrive in February 2022. The director went on to reveal that work on the fifth draft of the script is currently underway. Thompson lamented the fact that she hadn’t yet read the latest draft.

The director also went on to state that he intends to crank up the insanity up a notch from Thor: Ragnarok. He revealed that the fourth film would make its predecessor look tame in comparison and that Space Sharks would appear.

We have a summary of his words appearing in an article initially published in The Collider, with Waititi stating that:

“It’s so over the top now in the very best way. It makes Ragnarok seem like a really run of the mill, very safe film…this new film feels like we asked a bunch of 10 year olds what should be in a movie and just said yes to everything.”

The director also recently trolled fans by leaking fake script pages on the internet. The “leaks” showed the return of Tony Stark from the dead. The fake script also revealed that Thanos was back and the Avengers are rebranding themselves as the “Avengererers”. This is classic Waititi, his sense of humor has always shined through his projects. And frankly, this is what made Ragnarok so great; its refusal to shy away from its absurdity.

How To Fix The Martha Scene In BvS

All Stars Season 6 Release Date: Finally It Is Coming In June, Contestants, And…