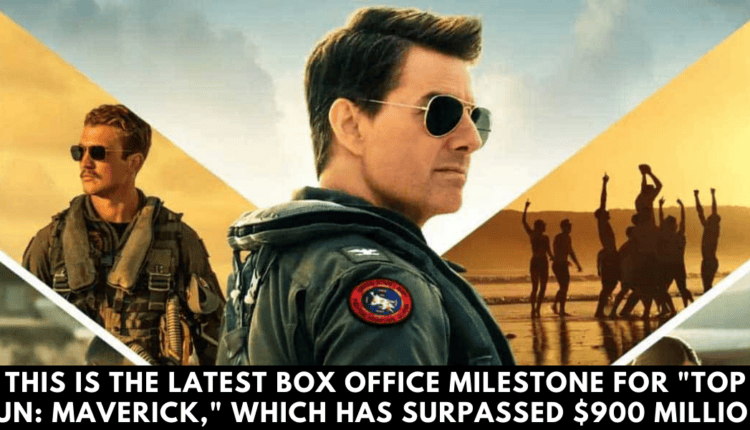 The film is just the third title to come out of Hollywood during the pandemic era to reach this benchmark.

The newest achievement for the Paramount and Skydance production, Top Gun: Maverick, is that it has become only the third Hollywood movie of the modern age to break the $900 million mark at the worldwide box office. This is the latest milestone for the film.

The accomplishment was reached by the picture directed by Joseph Kosinski on Monday, when the day came to a close with a local total of $474.8 million and an international total of $427.1 million, for a total worldwide cume of $901.9 million.

Doctor Strange in the Multiverse of Madness, which was produced by Marvel and Disney, has grossed close to $950 million worldwide, while Sony and Disney’s Spider-Man: No Way Home is currently sitting at close to $1.9 billion worldwide.

According to Paramount, more than 16 percent of Top Gun 2’s audience has watched the picture more than once in theatres, and 4 percent of those audience members have seen the film four times or more.

It was announced this week that Top Gun: Maverick has surpassed 2018’s Mission: Impossible — Fallout to become Tom Cruise’s highest-grossing film of all time at the worldwide box office, not accounting for inflation. Fallout grossed a total of $791 million throughout the world.

In addition, Top Gun: Maverick is Paramount’s highest-grossing original release at the American box office, coming in second only to Titanic. It is also the studio’s highest-grossing live-action film in 15 different countries, including the United Kingdom, Australia, France, and Brazil. 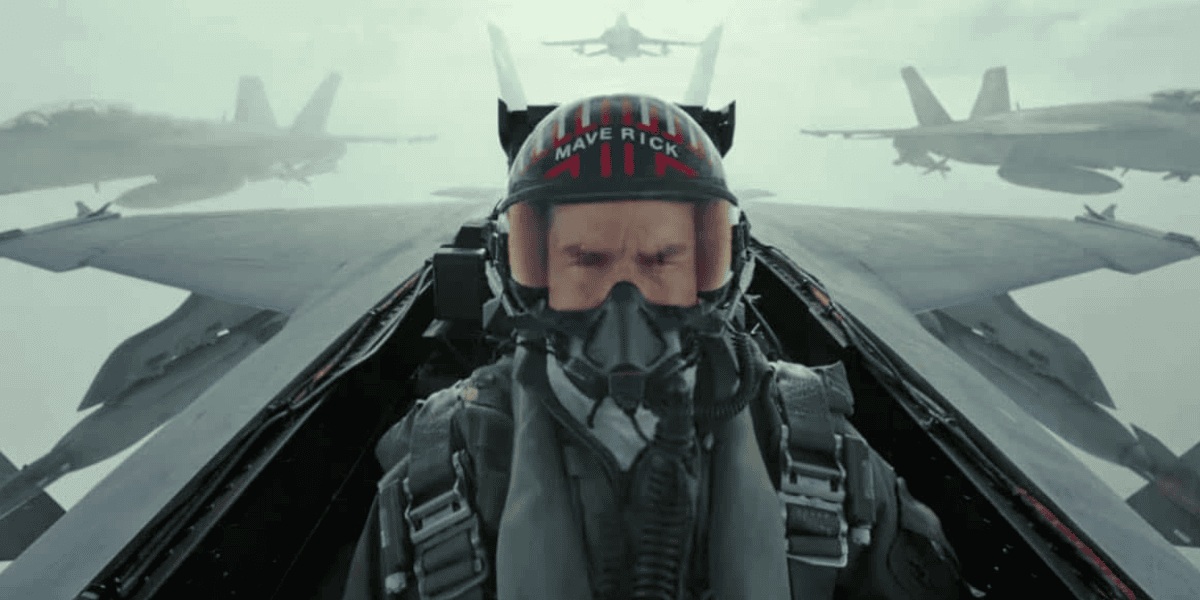 Top Gun: Maverick’s popularity has increased thanks to amazing word of mouth. The much anticipated second instalment received a score of 96 percent positive reviews on Rotten Tomatoes, while audiences voted the picture an A+ on the highly regarded CinemaScore scale. According to insiders close to the box office, the absence of a China and Russia release is the sole reason why Top Gun: Maverick could not make it to $1 billion.

When Top Gun: Maverick overtook War of the Worlds ($234.3 million at the domestic box office), the picture had already established itself as Tom Cruise’s highest-grossing movie in the United States.

On Monday, the Juneteenth holiday, Top Gun’s winning run continued when it passed Disney and Pixar’s new offering Lightyear to come in second place in the domestic box office with around $7.9 million.

Jurassic World: Dominion continued to dominate Juneteenth with an estimated $8.4 million in revenue, bringing the film’s domestic total for the last 11 days to about $260 million and its worldwide total to nearly $630 million.

Lightyear, which had a rather lacklustre debut over the weekend with $51 million, landed in third place on Monday with $6.6 million, bringing its total domestic haul to $57 million after four days.

Read More: Dan Pena Net Worth: What Is The Net Worth of Dan Pena At This Moment?

Tom Cruise is a well-known actor and producer in the United States who now has a net worth of $600 million.

Tom Cruise is widely regarded as one of the most famous actors in Hollywood due to the fact that he has portrayed leading roles in dozens of critically acclaimed and commercially successful films over the past three decades.

He is also one of the highest-paid celebrities in the world, which helps contribute to his wealth. As of the time this article was written, the worldwide box office earnings for Tom Cruise movies total $8.5 billion. 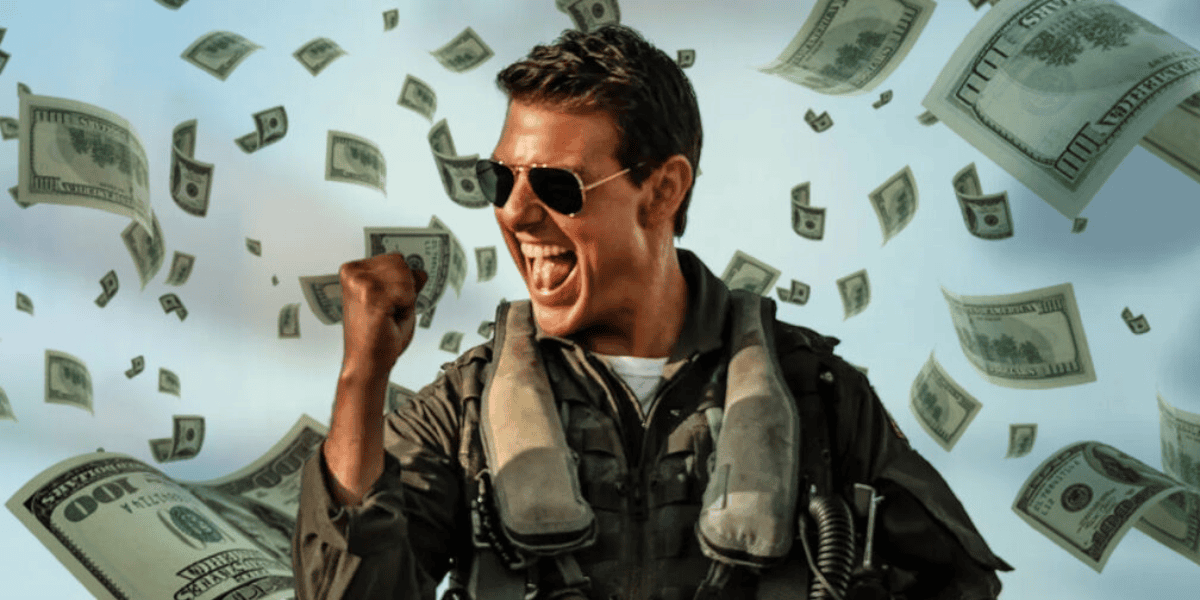 Despite this, none of his movies have ever made more than a billion dollars at the box office. At the time of this writing, “Mission: Impossible – Fallout,” which he directed in 2018, has the record for the highest grossing movie of his career with an international total of $800 million.

Read More: Mitt Romney Net Worth: What Is The Net Worth of American Politician And Businessman Mitt Romney?

Thomas Cruise Mapother IV was brought into the world on July 3, 1962 in the city of Syracuse, New York. His namesake and father was an electrical engineer, while his mother was an educator for students with special needs.

Tom is the oldest of his three sisters. Tom’s first cousin William Mapother, who went on to have a successful career as an actor in his own right, has shared the screen with Tom in a number of productions.

Tom Cruise’s childhood was marked by frequent relocation throughout the United States, with the exception of a few formative years spent in Canada when his father was serving in that country’s armed forces.

In later years, Tom would assert that his father was a cruel bully who frequently beat him and his brothers. In the span of 14 years, he attended 15 different schools.

Tom didn’t always had the ambition to launch a career in the entertainment industry. Even though he participated in the school’s play club and took some acting classes, he was more of a jock while he was in middle school.

After a knee injury caused him to leave the wrestling team in high school, he decided to pursue a career in acting instead. Cruise put a lot of effort into the theatre club at school, and as a result, he was rapidly promoted to the main part in the club’s performance of Guys and Dolls.

Tom was remained uninterested in the role, despite the favourable evaluations and praise of his acting talents that he had received. He attended the St. Francis Seminary in Cincinnati for a while in the hopes of being ordained as a Franciscan priest at that time. Because of his drinking, he was kicked out of the seminary school.

Tom received his high school diploma from Glen Ridge, located in New Jersey, in the year 1980.