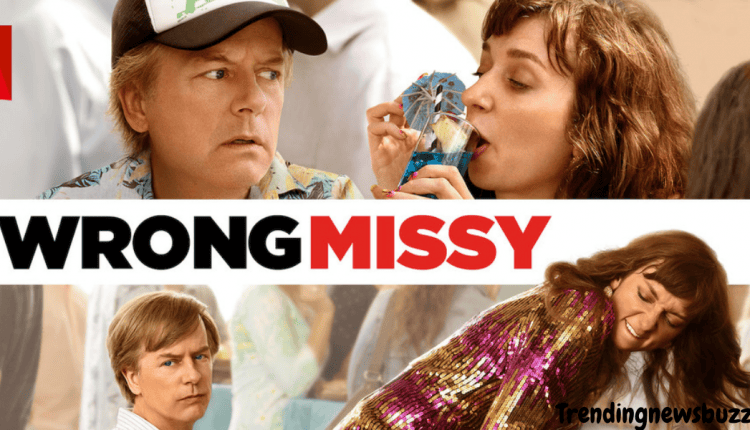 The Wrong Missy: Romantic And Funny Movie to Watch On Netflix!

The Wrong Missy is a funny movie or you can say wrong in Right Missy which everyone wants in their life. When the person decided to date a beautiful woman but unfortunately meets the funny and crazy girl then this turns out to be different and same in this film The Wrong Missy. It is the funny and entertainment movie and has a stupid humor of a wrong missy.

Tyler Spindel is the director of this romantic American comedy film the Wrong Missy which follows Tim Morris played by David Spade but he looks older in this movie.

Tim has to date Missy for the second time and now his friend convinces him to text Missy to invite her to a corporate retreat but disaster comes into his life when he meets with the wrong Missy and the fun starts from there.

The good thing about this movie is that on IMDB the popularity of the film is increasing even after receiving less ratings to this film.

Chris Pappas and Kevin Barnett are the writers of this film while the movie is produced by Kevin Grady, Allen Covert, Judit Maull.

Music to this funny American film is given by Mateo Messina and Brian Robinson and J.J. Titone edited this movie.

The Wrong Missy came to the United States on May, 13, 2020 in English language and has a running time of 90 minutes.

Happy Madison Productions is the company behind producing the film and Theo van de Sande is the Cinematographer of The Wrong Missy 2020 movie.

Who are the Cast members Who Contributed to this The Wrong Missy Film?

These are the members who contributed to this beautiful and funny movie.

There are other members also who contributed to this series.

The story revolves around Tim who has a blind date with a beautiful girl Melissa and her nickname is Missy. He wants to date her as he thinks they both are beautiful couples and Missy also gives her number to Tim. But unfortunately the number is work or he is texting the wrong Missy and by his fault he invites the wrong Missy to his second date to give her work retreat in Hawaii.

So she also said yes to the second date and when he met her on the plane then he realised that he was texting the wrong Messy and not his dream girl. He is so sad to meet the wrong Messy who is a crazy and wild girl. In the plane she did the wrong thing by making him drunk and when Tim awakes he found himself in a wrong position.

When they reach Hawaii he told his friend that he is dating the wrong Missy and that wild Missy did many funny and crazy things due to which Tim has to feel awkward in his party or treat.

However when the time started moving forward he started developing the likeness towards the crazy Missy as she helps Tim to get his work back and wins his boss heart by hypnotizing him.

Due to her, his boss gives project to Tim and this leads to jealousy in Jess and she doesn’t want Tim to become big. So Jess decided to tell everything to Missy and tell her that she is not the one whom Tim wants to date and when Missy read the old text she left the place feeling sad.

After that Right Missy came to Hawaii whom Jess invited and there Tim told to the new Missy that she liked the wrong or the crazy missing and he falls in love with her and leaves the lunch and goes to Portland by quitting his job to meet his love.

There he apologizes to her and tells that now he is in love with her and in the end they both kissed each other.

Here is the Trailer for the Wrong Missing which is a funny movie and somewhat romantic also. You can watch it’s trailer before heading towards the complete movie.

The Wrong Missy is a good 2020 Movie to watch and received 5.7 out of 10 ratings on IMDb with increase in its viewership and earned only 33% on Rotten Tomatoes.

For latest movies or drama stay tuned with Trendingnewsbuzz.com.