Romantic comedy has already been a massive success for people. Whether it is about Tv shows or films, Romantic comedy has been a big part of people’s life. it brings out a simple yet jolly and dramatic story on the table which always leaves smiles in people’s minds. As we move forward with the year, we have left with many amazing movies and shows which featured the same theme. One of the similar ones is ‘The Wrong Missy’.

The Wrong Missy is a 2020 American romantic comedy film that earned massive popularity after being released on Netflix. Netflix is already known for its huge collection of rom-com shows and well after The Wrong Missy was released on the OTT Platform, it became more massive for the people. Directed by Tyler Spindel which was produced by Happy Madison Productions, the movie got huge appreciation from fans and critics.

It follows the story of David Spade, a single businessman who lives his corporate life simply. He accidentally meets a woman (Lauren Lapkus) and has a horrible date. As the movie continues we find a lot of characters in the film. Aside from a brilliant storyline and great screenplay, the show features great characters which is the major highlight of the movie.

In this article, we’ll be going to read more about the characters of the movie. If you are one of those people who got interested in the cast and their characters then this article is definitely for you.

The Wrong Missy Cast: Who is in it? 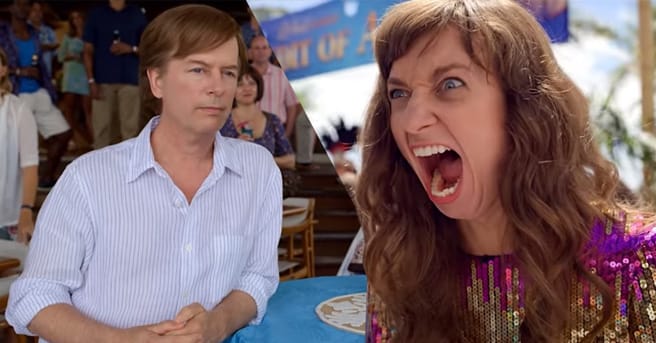 The movie follows David Spade as Tim Morris, the main protagonist of the movie. In the film, he got into a build date with Molly Sims as Melissa, the “right Missy ” and thought that she was the one for him. As we move forward with the movie, we find out how he met his dream girl and decide to go on a trip with her.

You may also like: The A-List Season 3 Release Date, Cast, Plot, and Everything Else

However, things didn’t turn out as he planned and he accidentally sent the invitation to the “Wrong Missy”. In the film, Lauren Lapkus appears as Missy, the titular “wrong Missy” who later becomes the love interest to Tim.

Along with her, there are the following characters who play a massively important role in the movie. They are:

The Wrong Missy Plot: What it is About? 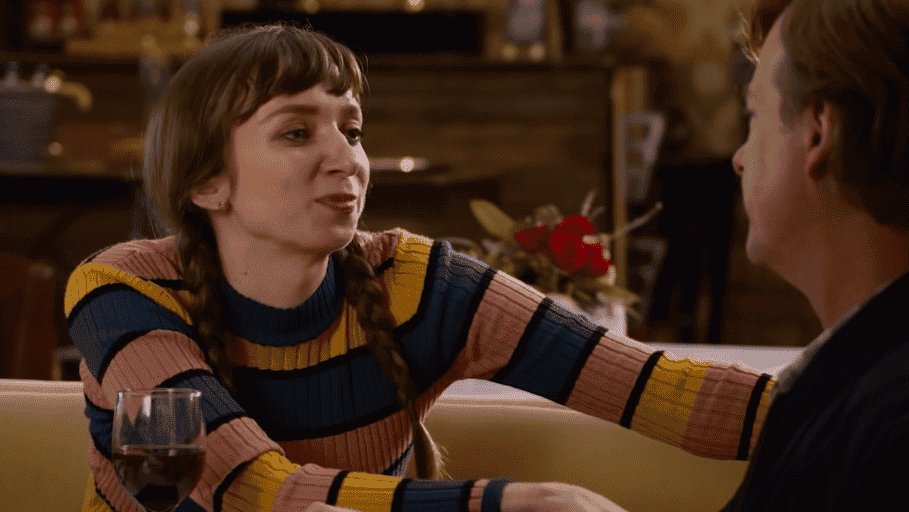 The story follows Tim Morris who met his dream girl accidentally. After having a good conversation, they connect instantly and he finds the spark to ask her out. At the same time, the girl was also showing the same attention towards Tim so he found the courage to ask her out, her friend asked him to text her about a trip to Hawaii since she already has such a big personality. As he invited her to the trip, which he referred to as the “Second date” in the text, it turned out to be a complete nightmare.

You may also like: Tall Girl 2 Cast: Review, Everything About the Rom-Com Movie

He sent the invitation to his other blind date which went awful. As the film continues, we see how Time Questions his choice of bringing “the Wrong Missy” to the trip. The official synopsis of the movie reads, “When Tim Morris meets his dream girl and their relationship quickly escalates through texts, he throws caution to the wind and invites her to his company’s corporate retreat on an island resort… However, when a past blind date from hell shows up at the airport for the weekend getaway instead, he learns too late that he’s been texting “The Wrong Missy.” “The Wrong Missy” is a funny film to watch. It has light comedy and romance which go perfectly with the film and makes it more realistic and great to watch. Surely, this film is not like those that are destined to go to the Academy and all, but it surely brightens your day.

The audience admired the light-hearted film and appreciated whatever it said. The film truly has a sweet spicy taste that will take your interest throughout the end.

One fan says, “Lauren Lapkus gets to explore all of the physical comedy in this Sandler ensemble. Yes, the story has been done, and yes we have seen all the same freshman jokes with actors who would probably be hard-pressed to find an acting job if not for Happy Gilmore productions but all the cynicism aside – this is a really funny movie. Lauren carries the movie. She is the perfect train wreck and you can’t avert your eyes. We’ve all seen this woman at a party – one too many drinks and all inhibitions disappear.”

You may also like: Under Siege Cast: What We Need to Know About Them?

While other added, “If you make it past the first half hour where in disbelief, you’re trying to get your head around Nick Swardson who plays David Spade’s best “friend” and who you wonder how he hasn’t been locked up for being essentially a cyber stalker with the ability to spy on and oversee all of Spade’s personal life. You also have to take a leap that a happen chance meeting in an airport would bring an aging insurance salesman and a former supermodel, neither of whom are drinking, to meet up in a broom closet in the same airport after an hour or two of talking about how boring their lives are…No need to overthink this. It’s a lot of grade school humor and worn out cliches but in these uncertain times and all of the quarantine, if you can  turn that brain off and enjoy it for what it is – immature, low brow comedy – you’ll have a great time.”

Like this article? Read more from our official website Trending News Buzz and get all the latest updates about the upcoming events. Share this article with your friends who love fun comedy movies and let them know more about the film.